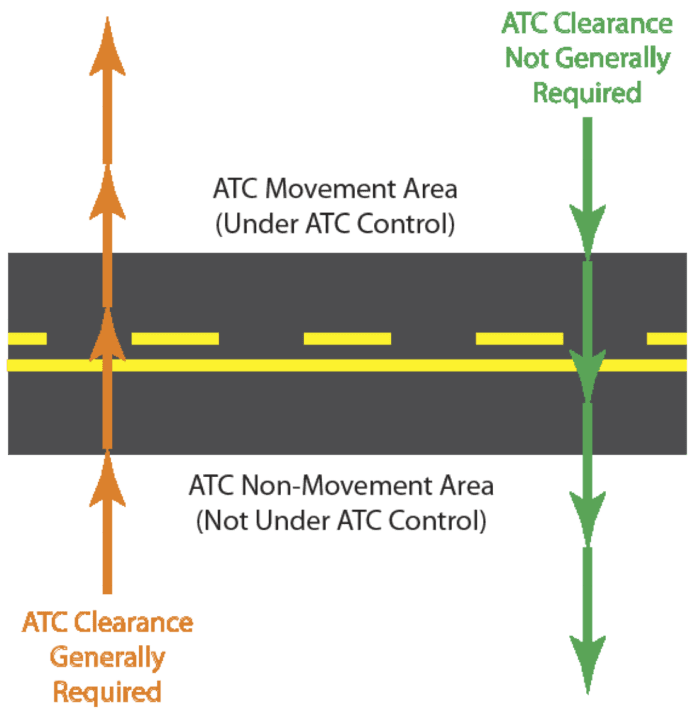 Despite normal/recurrent training and obvious statements in the AIM and advisory circulars, I’ve had a lot of pilots recently be very confused on where the line starts. What line? While there are many lines in aviation, the top three I’m concerned about are on the ground at most tower-controlled fields. Time for a refresher.

From the Ground Up

No matter which side of the frequency you’re on, early in our training we’re exposed to airport markings. We learn where they are, what their significance is, and what our actions must be. Even personnel who work at the airport have to learn these lines. In fact, they’re required to learn and pass tests about them.

Three of the most important lines on the ground at most tower-controlled fields are the Non-Movement Area Boundary Marking, ILS Hold Position Marking, and Runway Holding Position Marking. Why just towered fields? Markings at non-towered fields exist at towered fields, and towered fields will typically have markings uncommon at non-towered fields. Every line we discuss has meaning and restrictions, which need to be followed. Some lines can be crossed without saying anything to anyone, while others can land you (pun intended) in hot water. Keep in mind, to do an article on all airport markings would be quite long. Advisory Circular 150/5340-1M is the definitive guide. In this article, we’ll focus and refresh you on just three of the main markings that you will find at many airports.

The first line to discuss is likely the first line you would cross when taxiing your airplane, the Non-Movement Area Boundary marking. There is no better way to put this than reading it straight from the AC, so here it is; “5.4.1: The Non-Movement Area Boundary marking is used to delineate the movement areas under direct control by the airport traffic control tower from the non-movement areas that are not under their control.

The primary users of this marking are airport operators having an airport traffic control tower. However, some airport operators without an airport traffic control tower have effectively used this surface marking on terminals and other aprons to separate vehicle traffic, equipment traffic, etc. from the areas where aircraft taxi, such as, when aircraft enter/exit an aircraft parking area located off the terminal.”

The Non-Movement Area Boundary Marking consists of parallel lines—one dashed and the other solid. When crossing this marking from the solid-line side, that solid line tells you to stop if you don’t have permission to proceed. This solid/dashed-line concept is a repeating theme in other markings.

While there is a Tower in operation, one must request permission to cross into the movement area. Even aircraft tugs and ground vehicles should call with their request. You may cross in the other direction, into the Non-Movement area, without asking anyone or saying anything assuming there is no NOTAM closing or limiting movement on the field. The same rule applies for the hold short line, but we’ll talk about that in a bit.

When tower is closed pilots revert to non-towered procedures, but should do so with caution. One can pass the Non-Movement line and other lines, all the way to departure. But what if you taxi out right before tower opens, and you find yourself on the controlled movement area of the line?

Always monitor the appropriate frequencies when you’re moving onto a movement area or runway, regardless of whether there is a tower, or whether it’s open. Generally, pilots should have no worries as the tower will see any aircraft moving and will reach out to aircraft shorty after making the “Tower is open” call to know who you are and your intentions. Be very careful not to make a call and depart after the tower opens in this case. I’ve seen it, and it was an IFR departure.

Some pilots think that all pavement on an airport surface is controlled by the tower and you can’t move an inch without permission. That’s why the Non-Movement line is there. Yet I frequently get requests to move around in the Non-Movement area. I literally tell them, “Everything behind that Non-Movement Area line is Non-Movement, meaning ATC has no control on what happens behind that line. You could do burnouts, and we wouldn’t care. We would definitely watch though!” The airport owns that pavement, so if there are any questions, try airport management first.

The glideslope on an ILS is subject to generating false readings if vehicles, personnel, or other objects are close to the antenna, which is usually located beside the runway, about 1000 feet from the threshold. (That antenna at the far end of the runway is the localizer, and nearby objects don’t usually affect it much.) To protect against those false readings from the glideslope in low weather, “ILS” is depicted in white letters on a red background to designate where aircraft must hold on the ground before proceeding. 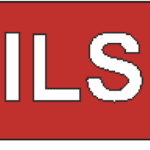 The ILS Holding Position can be markings on the pavement or a sign off to the side, but it is usually accompanied by the ILS Critical Area Boundary Marking, a ladder-like line across the taxiway.

Since few non-towered airports have an ILS, you’ll typically only see these signs/marks at towered airports that have an ILS. If you hear the tower tell you to “hold short of the (runway) ILS critical area,” it means don’t pass the designated point or line. Tower will only say this if there is an aircraft on the ILS that is physically between the FAF and MAP. Once the landing aircraft is visibly seen on the runway or is past the missed approach point (going missed), with no other traffic on the ILS you’ll generally receive clearance to taxi to the runway hold-short line if they have your release. Surprisingly, those markings might not be present at airports with CAT II or CAT III ILS approaches. In this case, you’ll likely be told to hold at a location based on TERPS requirements.

Even if you’re a bit rusty on other signs and marks, you almost certainly understand the Runway Hold Position Markings, the on-pavement marks we commonly call Runway Hold Short lines. It’s the line that absolutely cannot be crossed without permission from the Tower (if in operation) or if a visible aircraft is on final about to land. This line is specifically designed to hold airplanes at the closest point to the runway while being able to accommodate the wingspan for the biggest aircraft the airport can service.

For example, if you are at a small non-towered field with a 2500 x 50-foot runway, the hold short line would probably be pretty close to the runway. In this case, only smaller aircraft can utilize this runway. In the case of large class bravo airports, this marking will be several hundred feet away from the runway centerline.

Even though we all should know this line and its significance, we review it because it is a critically important line, and some pilots still cross the line before they should.

Runway incursions are in the top five safety items the FAA is working to improve. A runway incursion can happen from airborne aircraft landing (wrong runway landing) but data and personal experience show that most runway incursions happen around this very important line. In the past year, I’ve personally had three runway incursions on my watch, two of which resulted in a go around and a non-standard departure instruction. Basically, it was me yelling “LOOK OUT!” Fortunately, each of the three ended without any metal contact.

After reading this, I highly recommend that you review Advisory Circular 150/5340-1M on airport markings and signage. You can download it from www.faa.gov under the Regulations tab at the top. It’s amazing how much detail and information goes into designing these signs and markings, and deciding where to place them. Of course, the same thing goes for runway design as well.

As pilots, we should realize that most of our decisions and actions can be a non-event to others, but some few of these decisions and actions will directly affect someone else. If you’ve ever been head-to-head with another aircraft with all engines running, you know exactly what I mean. It could all depend on what time of day it is. Is there a tower? Is it closed or open? What’s the weather like? Are there any pertinent NOTAMs? As in the air, most incidents and violations on the ground have multiple stages or failures that lead up to them.

They say knowledge is power, and I agree 100 percent. Power to keep the NAS a smooth-running machine increases efficiency more than most would realize. Pilots who know where these lines are and the rules around them are a step up in my book and would even get priority. It helps ATC keep traffic moving, from the small Class D airports all the way up to the big Bravo airports. NAS traffic is back up to the pre-coronavirus numbers and is increasing, so let’s all do our part to keep it all safe.

Oh, and one last thought: Don’t forget to have your taxi diagrams out and in use at airports that you don’t have memorized. 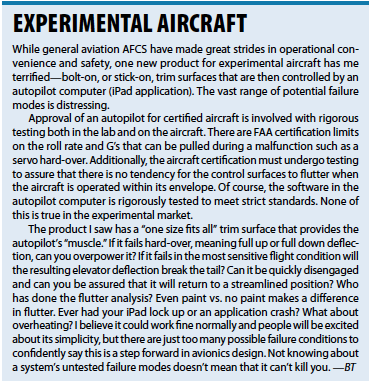