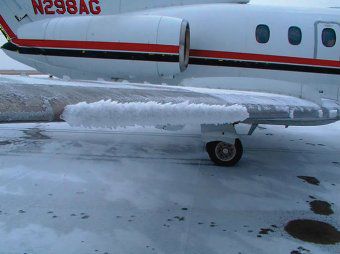 Last month’s clinic began a detailed look at the reports we are required to give ATC or FSS during an IFR flight. Specifically, we began looking at the reports other than the position reports required by 14 CFR 91.183(a), which we’ll cover separately. The remaining reports come from three sources: 14 CFR 91.183 (paragraphs b and c), 14 CFR 91.187, and AIM 5-3-3.

As we discussed in our last clinic, a common mnemonic used to help remember all of these reports is “MARVELOUS VFR 500.” We’ve already discussed the first six letters in detail; however, here’s a quick summary:

M is for missed approach (including your next action—return, divert, etc.). A is for an airspeed (average true airspeed) change from what you filed of 10 knots or five percent, whichever’s greater. R is for reaching a clearance limit or holding fix. V means you must report vacating a previously assigned altitude. Estimated time of arrivals must be corrected if your previous estimate will be missed by more than three minutes (only required when not in radar contact). Finally, you must report leaving an assigned holding fix or point.

Those covered the MARVEL in MARVELOUS VFR 500. Let’s continue.

AIM 5-3-3 a.2(a) says that when flying a precision approach, and not in radar contact, we need to report the outer marker or fix used in lieu of an outer marker.

Remember, as the opening paragraph to AIM 5-3-3 states, these are reports that must be made to ATC or FSS. If ATC has already handed you off to CTAF at an uncontrolled field, you are not compelled to make an outer marker report in the blind, even though they usually preface the handoff with “radar service terminated.” It’s a good idea to let the local traffic know you’re there; however, you are not compelled by the regulations or the AIM to do so.

As mentioned last month, the AIM only tells us to report the outer marker on CTAF when making a practice approach, due to the higher likelihood of opposite direction traffic. AIM 5-3-3 a.2(a) will actually cover the “F” in the “VFR” part of our mnemonic as well.

This is covered in both 14 CFR 91.183(b) and AIM 5-3-3 b. Regulation 91.183(b) states that the pilot operating under IFR in controlled airspace must, as soon as possible, report any unforecast weather conditions. That’s a little vague. If the actual winds aloft are different from those forecast by ten degrees or ten knots, must you tell someone? If you enter the clouds at 500 feet when a 600 foot ceiling was forecast, does that warrant a report to ATC? The spirit of this regulation is likely more important than the broad brush used to paint it. There is no better source for updated weather information than aircraft in the air experiencing it.

This regulation is designed to keep the system safe by compelling us to do something that’s good for everyone. If you encounter weather that is, in your judgment, significantly different enough from the forecast that you feel your fellow aviators should know about it, then report it.

AIM 5-3-3 b provides a little bit more detail. This paragraph compels us to report weather conditions that have “not been forecast,” much as the regulation does; however, it also goes on to tell us to inform ATC when encountering any “hazardous conditions,” even when they have been forecast—a clause that is interestingly left out of 91.183.

Again, defining what conditions can be defined as hazardous is a judgment call. As we know, the definitions for the severity of icing (trace, light, moderate, and severe) are based on the ability of the anti-ice/de-ice equipment to handle the icing. Therefore, what might be light to a transport category aircraft with sophisticated anti-ice and de-ice equipment may well be moderate or severe to an aircraft without such equipment.

The best way to comply with this subject is to keep ATC informed of weather conditions about which our IFR compatriots would like to know. Interestingly, this is the one paragraph in the AIM that isn’t included in the 5-3-3a header which says we should tell “ATC or FSS”…it only mentions ATC. Despite the legal loophole, you’d certainly be doing the right thing if FSS was all you could get and you made the report to them.

Again, this is covered both in the regs, 91.183(c), and AIM 5-3-3 a.1(i). The actual language in both places is “Any information relating to the safety of flight.” As vague as the bit about reporting unforecast weather is, it’s got nothing on this clause. Safety of flight is such a broad topic, they named Chapter 7 of the AIM after it. This is a catch all, designed to reinforce our role as information gatherers plus make sure any difficulties encountered by the IFR pilot are communicated in a timely fashion.

The “U” in our mnemonic handled weather issues and the second “R,” which we’ll discuss shortly, deals with navigation and communication problems. So, what items would fall into the catch-all “safety of flight”? A prolonged loss of proper situational awareness, a concern about your current location or route, fuel issues (see AIM 5-5-15 “Minimum Fuel Advisory”) and systems malfunctions other than radios and navigation equipment all fit this catch-all phrase.

Basically, if you find yourself in a situation that’s exacerbated by not communicating about it, communicate about it. The same thing goes for anything that might create problems for others that you might mitigate by communicating, such as discovering the beacon at an unattended airport isn’t working.

Interestingly, “systems malfunctions other than radios and navigation,” is further explained. “Other equipment installed in an aircraft may effectively impair safety and/or the ability to operate under IFR. If such equipment (e.g., airborne weather radar) malfunctions and in the pilot’s judgment either safety or IFR capabilities are affected, reports should be made as above.”

Why do they want to know? First, AIM 5-5-13 restates the requirement for VFR-on-top by saying the pilot “should advise ATC prior to any altitude change to ensure the exchange of accurate traffic information.” A check of the ATC Handbook, JO 7110.65S 7-3-1 a(2) further clarifies: “Although standard IFR separation is not applied, controllers shall continue to provide traffic advisories and safety alerts, and apply merging target procedures to aircraft operating VFR‐on‐top.” Knowing your altitude changes helps ATC comply with this.

Radio malfunctions are covered in 14 CFR 91.187 and AIM 5-3-3 a.1(h). I say “radio malfunctions” because it’s a broad paragraph covering compromised communications and/or navigation equipment. Note that this is “equipment” and not “capabilities.” Thus, if your number two comm goes out and you can still use number one, a report is still required. Plus, you might not consider a GPS to be a “radio” but it’s certainly navigation equipment.

The first paragraph of the regulation states “The pilot in command of each aircraft operated in controlled airspace under IFR shall report as soon as practical to ATC any malfunctions of navigational, approach, or communication equipment occurring in flight.” The next paragraph tells us what needs to be in our report: 1) identification, 2) equipment affected, 3) how or if your ability to operate IFR is affected, and 4) what help, if any, you need from ATC.

The AIM gives a little more detail: “Any loss, in controlled airspace, of VOR, TACAN, ADF, low frequency navigation receiver capability, GPS anomalies while using installed IFR−certified GPS/GNSS receivers, complete or partial loss of ILS receiver capability or impairment of air/ground communications capability.” Note that for the VHF and LF nav, it’s a loss of it. For GPS issues, you should report anomalies. Getting downgraded from an LPV to an LNAV would certainly count as would GPS integrity failure warnings. They ask you to report the location and altitude of the anomaly (be specific) and to include the duration of the anomaly.

With heavy loads, high density altitude and/or marginal performance, sometimes making 500 feet per minute is a pipe dream. ATC predicates vertical separation on your vertical speed, so letting them know you can’t maintain 500 fpm allows them to provide the requisite separation in another way.

Note that this isn’t just for climbs. Sometimes passenger comfort, especially with young children, requires a gradual descent. If I need a couple of zig zags for descent to keep a sleeping baby happy, that’s great, but I’ve got to tell ATC.

That’s the end of MARVELOUS VFR 500. If you don’t like mnemonics, or you prefer to divide the reports into more logical groups, you may prefer to think of them in one of the following ways.

All but two of the reports listed in AIM 5-3-3 and Part 91 are required at all times—whether you’re in radar contact or not. The two that are only required when not in radar contact are ETA corrections and leaving the final approach fix or outer marker on an approach. All the rest need to be done all the time. Even the average true airspeed change must be reported when in radar contact; however, it’s interesting that in AIM 5-1-12 “Change in Flight Plan”, it states, “…at any time the average true airspeed at cruising altitude between reporting points varies…” (emphasis added), which would make you think it was designed for non-radar flight. Notwithstanding, it’s in paragraph a.1 of AIM 5-3-3, which means it is to be reported at all times.

Another way to divide these is to categorize them as having to do with a position, a correction, or a problem. For “position” I include: Any altitude change (vacating an assigned altitude, or changing altitude VFR-on-top), arriving or departing a holding fix, or leaving the FAF/OM on an approach (non-radar). For “correction” I include the change in average TAS and the revised ETA at a reporting point when not in radar contact. For “problem” I include conducting a missed approach, unable to climb or descend at 500 feet per minute, radio problems, unforecast or hazardous weather, or any safety of flight issue.

However you remember these required reports and when they’re required, make sure you’re practicing them regularly during your currency flights, sim practice, and actual IFR missions. Doing some practice holding? Make sure that you report the time and altitude reaching the fix and report leaving the fix.

During your preflight, think about what would happen with a radar outage and you were forced to conduct non-radar procedures on some or all of your flight. What reports would you have to make? Don’t let yourself pull the chocks on your next IFR flight without knowing all of the required IFR reports.

Evan Cushing, a former regional training captain, now works at a college where reading is a job requirement. He fulfills this requirement by reading AIM 5-3-3 over and over again so he remembers it without the mnemonic.