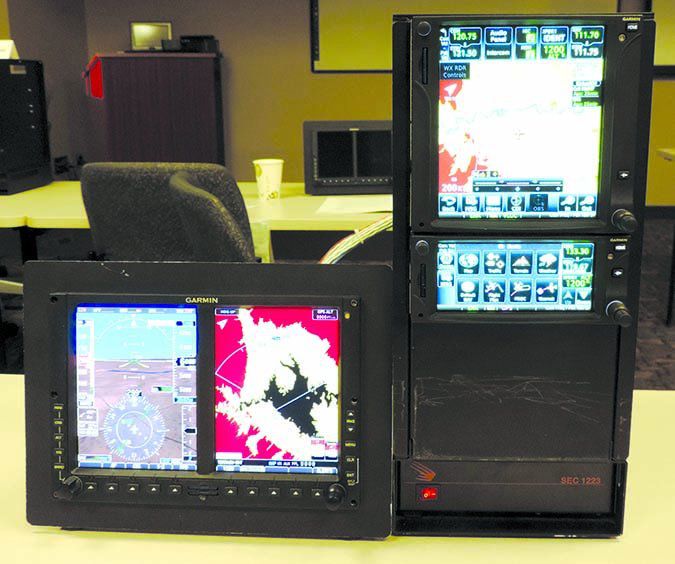 Once upon a time, back in the old days of VHF navigation, you could hop into any airplane and you’d know how to operate the avionics. Sure, there were some nuances and an occasional oddity, but for the most part you could tune any radio to communicate and navigate.

Those days are over with today’s PFDs (primary flight displays—”glass”), MFDs (multi-function displays) and GPS navigators that are nearly as capable as airliner flight management systems. On your first foray into all that glass, you’re probably as lost as (to borrow a phrase) a dog watching television.

I’m going to focus on retrofit glass that you might get in a used aircraft you buy, or for a panel upgrade you might perform on your own familiar bird. The latter was my motivation. I’d previously installed a Garmin G500 EFIS (electronic flight information system, “glass”) along with a GTN 650 navigator. I’d never really mastered them. Plus, after a year hiatus from flying anything at all, it was clearly time for some catch-up.

While an integrated system like the G1000 incorporates communication, navigation, engine information, an MFD and PFD, no such certified integrated system is commonly available for retrofit. So, one must look upon retrofit glass as containing at least two components—the navigator and the PFD. Most, however, also incorporate an MFD, making three separate devices you must learn.

Separate, yes, but interdependent. While the primary MFD page is a map, that map can’t meaningfully exist without input from your navigator. Similarly, your PFD will display all your flight instruments without an MFD or navigator, but in most systems that display is enhanced with data tags available only from your navigator.

Thus, these separate boxes all must play together for maximum effect and benefit. For that reason, I concluded that while training on the separate pieces is available, and often all you can get, the best solution of both hardware and training is one that covers everything talking together.

Aspen’s Evolution line is a tremendous breakthrough in the retrofit market. But since Aspen doesn’t manufacture a navigator they’re at the mercy of the navigator you choose. While Garmin GNS 430/530s are ubiquitous, they’re not universal. Many aircraft are flying with navigation from vendors Bendix/King, Avidyne and others. For them, the navigator-agnostic Aspen is a good choice. However, it also presents a training problem because it’s not practical to develop materials for every possible combination. Thus, you’re left with single-device training, ignoring the other boxes, even though they’re part of the overall system.

If you’re a self-starter and can learn by just pushing the buttons until they make sense, Garmin offers a free Windows-based trainer that incorporates a GTN navigator—either the 650 or the 750—and the G500/600. Garmin also has a GTN-only trainer for the iPad. From a user perspective, you probably know that the G500 and G600 are the same. Internally, they have a different level of certification and the G600 includes some items that are options for the G500.

In addition to the PC trainer, or perhaps as an adjunct to it, Garmin offers a number of videos and even eLearning on system operation. Plus, of course, there’s always YouTube, on which you can find just about anything. Although lacking some depth, these sources are useful and adequate if you’re sufficiently self-motivated and independent. I’m not.

So, if you also need to be fed the information, Garmin regularly offers a two-day instructor-led class on the GTN-G500/600 combo at their headquarters in Olathe, Kansas and sporadically takes it on the road around the U.S. and even abroad. That was exactly what I wanted. Cost in Olathe is $625—a bargain for a two-day class.

I attended in Olathe. Full disclosure: I deal with many vendors. As a rule, they all treat the press well and are approachable. In my personal experience, though, Garmin goes above and beyond. At every step, I find them to be a class act, not just in my role as a journalist, but also in my role as a customer. For example, we were greeted at their aviation training facility with reserved parking, a swag bag containing various goodies like a great polo shirt, drink cup, cap, cool pen and other items. Oh, and lunch plus morning and afternoon refreshments were provided, along with a hosted dinner the first night. Like I said, they’re a class act; I’ve tried to limit the impact that has on my evaluation.

Our attendees all were there to get new and/or renewed familiarity with their systems. Experience ranged from airline pilots through charter and personal flyers to a flight instructor. While each of us had individual needs and questions on our aircraft, everything fit well into the material of the class.

The information flow was well organized, thorough and expertly presented. Instructor Christopher Dickson maintained an excellent balance between keeping the class on track and on schedule, while answering the various odd-ball scenarios that we (OK, mostly I) kept throwing at him. To his credit, he was expert enough to answer most questions, but honest enough to admit what he didn’t know. He’d then either get the answer during a break or bring in a specialist to explain it to us.

The material started with a basic walk through of the navigator, the MFD and the PFD. From there, it explored various setup and use scenarios of increasing complexity. Most of the scenarios were easily handled from the functional instruction we’d received, but occasionally there would be an oddball that would either make us pause to figure it out, or even stump us. In those cases, though, when we reviewed the proper procedure(s), we’d be left with a “Well, duh!” feeling of realization—it seemed like it should have been obvious. We each left the class feeling competent in our ability to handle any normal and most unusual navigational challenges.

Unlike Garmin, Aspen has no in-house training. In fact, beyond the user manuals, Aspen offers no training material at all. A search of the web produced equally minimal results, although some YouTube videos of varying quality and usefulness did surface. I’ll add that I wasn’t just looking for some Aspen training to complete this article; I also have an Aspen Evolution PFD installed on the right side of my panel, so I had a vested interest in the success of my training search.

Only one source arose: Sporty’s. They offer it on multiple platforms, and I requested the $30 iPad version. Like most iStuff software, you simply either pay for it through the app store, or you purchase it from the vendor and get a download code. Once installed, I quickly went through the self-paced computer-video-based training.

Navigation is similar to a DVD movie (which they also offer). You’re initially dropped into a table of contents, listing the eight chapters starting with an introduction by Phil Boyer, continuing with a system overview, then going into details on the PFD and MFD, and using the system on common IFR procedures. Last are chapters on emergency and abnormal procedures and on options.

The material is dated 2009, covering an older version of the Evolution software than is currently deployed, but I didn’t find that to be too limiting.

I had to keep reminding myself the training was limited to the PFD and MFD. Without a navigator, training was a lot simpler—mostly of the “to see this, push that” variety. The videos and graphics are of high quality and the information is presented logically and understandably.

Lacking a software trainer, there is no practice and there are no exercises to immediately apply and test your new understanding. Nonetheless, if you’re able to watch the videos—that total a mere hour and a half—then immediately go practice in the airplane for a few hours, you’ll probably get most of what you need.

I prefer instructor-led training, which is the most expensive and least convenient, and is only available for the Garmin products. If you prefer a do-it-yourself approach or have an Aspen, there are self-study options that get the job done, although they might require some repetition and practice in the airplane or a simulator. No matter what course you choose, you’ll be a better pilot with any of the training you get.

Frank Bowlin almost got enough Kansas City bar-b-que during the three days he visited Olathe. While there, he also attended G600/GTN training.