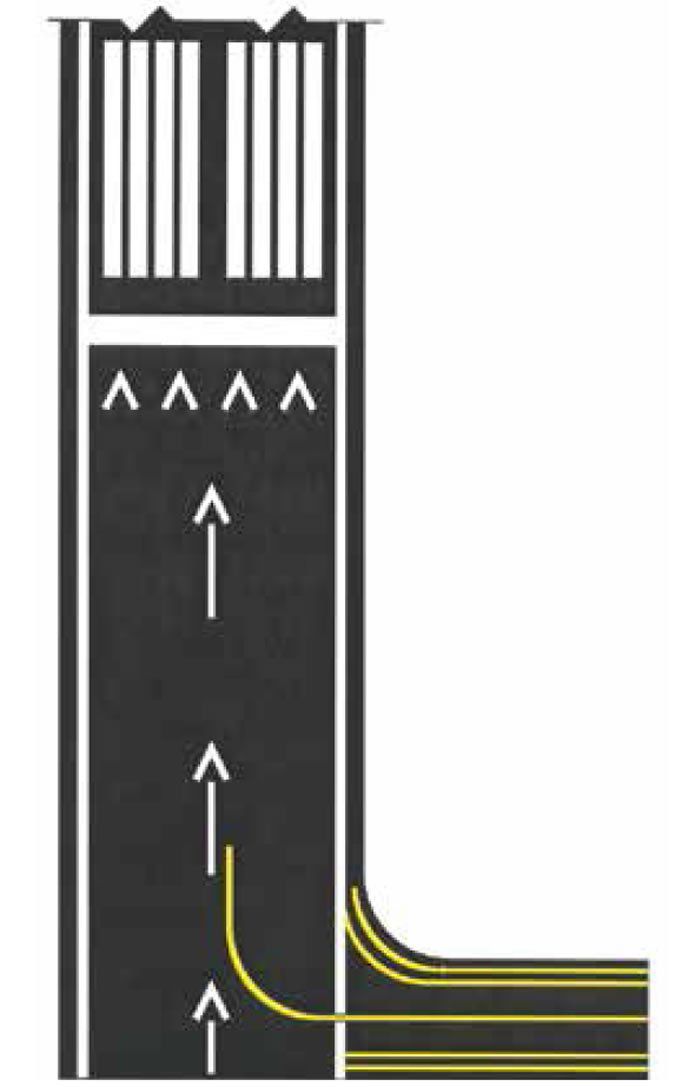 Meadows Field in Bakersfield, California (KBFL) lies at the southern end of the San Joaquin Valley. For purposes of instrument flight, we call this area a huge temperature inversion waiting to happen. And when it does, the minimal visibility means we’ll want to know exactly where we should squeak the tires at the landing end of a precision approach. At KBFL, it’s not where you’d expect at first glance.

Take a look at the ILS 30R. In the briefing details at the top, it says there’s 7429 feet of landing runway. Meanwhile, the published length of Runway 30R as noted on the airport diagram is 10,855. That difference of 3426 feet is pretty much a whole runway in itself. What happened to all that pavement? To figure this out, we’ll delve into the details of the displaced threshold.

But wait! There’s more. We’ll get into what defines the displaced threshold and the rules that go with it, but the essential nugget here is that it marks where the runway actually begins for landing purposes.

When operating on the opposite end of the pavement, you can also use that displacement for takeoff and for your landing rollout (usually followed by turning off onto the taxiway at the end.) Again, though, you simply can’t touch down on that displaced portion.

Sometimes the displaced threshold is due to the quality of the pavement, but usually it’s for obstacle clearance purposes—attempt to land before the white threshold bar and you’ll be too close to one or more obstructions, or you’ll be on an unrealistically steep descent. When flying the ILS, you’ll want to be lined up accordingly to meet obstacle clearance as well as runway landing requirements.

By the way, the displaced threshold should not be confused with a demarcation bar, which is a thin (3-foot-wide) yellow stripe marking “a blast pad, stopway or taxiway that precedes the runway.” Often accompanied by yellow chevrons, this chunk of pavement is unusable for taxiing, takeoff and landing. For approach purposes, the same guideline applies as the displaced threshold: Don’t go there.

Even with all this, we still haven’t accounted for all the pieces of the 10,855 feet. A closer look at the full diagram shows that the extreme end of Runway 30R (and 12L) has a gray block with dimensions of 800 feet long, 150 feet wide. The TERPS legend says this indicates “Movement Area Dimensions.” This portion can designate stopways, taxiways, parking areas and water runways. Process of elimination tells us it’s a stopway for emergency overruns from the opposite direction. (No, it’s not a parking area.) So, add in the 200-foot stopway for 12L and that’s 1000 feet of non-usable pavement that is attached to the entire displaced threshold. Do the math and that means the remainder of the displacement is 2426 feet. You get that much more for takeoff on 30R, just not for landing.

This is a longer-than-average displacement, but displaced thresholds of a few hundred feet are quite common due to obstacle clearance requirements on approach. They can also, as illustrated at Bakersfield, include multiple types of surfaces and markings.

Going All the Way

The relationship between a displaced threshold and the approach lighting system is often overlooked, but it’s wise to know what you’ll see on the ground when going down to minimums. The ILS 30R approach advertises a MALSR (Medium Intensity Approach Lighting System with runway alignment indicator lights). Normally, approach lighting systems like this are elevated a bit off the ground, but that’s not possible here due to the otherwise usable pavement preceding the threshold. Thus, this MALSR is embedded in that pavement. In low-visibility, you’ll just see normal lights leading you to the threshold, probably not even noticing the displacement.

The ILS glideslope and approach lighting will guide you to the aiming point markings 1000 feet from the threshold, so just fly the needles down to 200 and 1/2. To keep descending below the next 100 feet, you ought to have in sight one of the required elements for landing under 14 CFR 91.175(c). These include the threshold markings or lighting as well as the runway markings as discussed above. Don’t confuse markings on the pre-threshold pavement for runway markings.

The lengthy displaced threshold on 30R shouldn’t throw any major curve balls on this approach, but when part of a runway isn’t meant for landing, it’s a good idea to know what some of that white paint means ahead of your arrival. This is also another reason to trust the vertical guidance provided on an ILS so there are no surprises at the end of the glideslope.

Elaine Kauh is a CFII in eastern Wisconsin. Her next mission is to find out just how many landings she can do in 7429 feet.