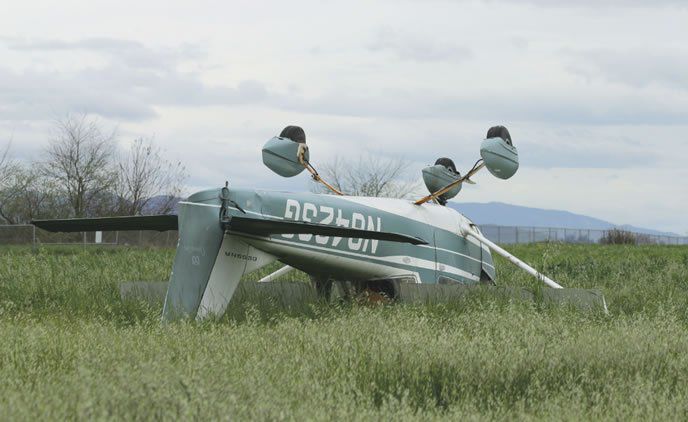 Three days before Christmas in 1994 a Westwind landed in La Verne, Calif., east of Los Angeles, to drop off the mother of brothers who ran In-and-Out Burgers, a popular fast-food chain in California. They had been on a family trip and had their hunting gear on board.

The Westwind took off for John Wayne Airport, a short ride south from La Verne. It crashed on short final to Runway 19R, diving vertically into a parking lot near the airport. It exploded and shot off ammunition in all directions. It had encountered a Boeing 757 wake.

In 1995, a student pilot was taking off from the shorter of the two runways at John Wayne, Runway 19L, in a Cessna 152 on his first solo flight. He had to go around just as a 757 was taking off on 19R. There was the usual prevailing sea breeze from the southwest, and it carried the wake over 19L. The 152 hit the wake and dove vertically into the ground, killing the pilot.

A King Air in Salt Lake City, nine miles in trail of a 757, encountered wake at 200-300 feet AGL, where it can linger, unable to sink rapidly as it can at altitude. That’s part of the problem: Wake turbulence on landing hits you in the worst moment—when you’re low and slow.

This is why I’m permanently paranoid of jet wakes, particularly from the Boeing 757.