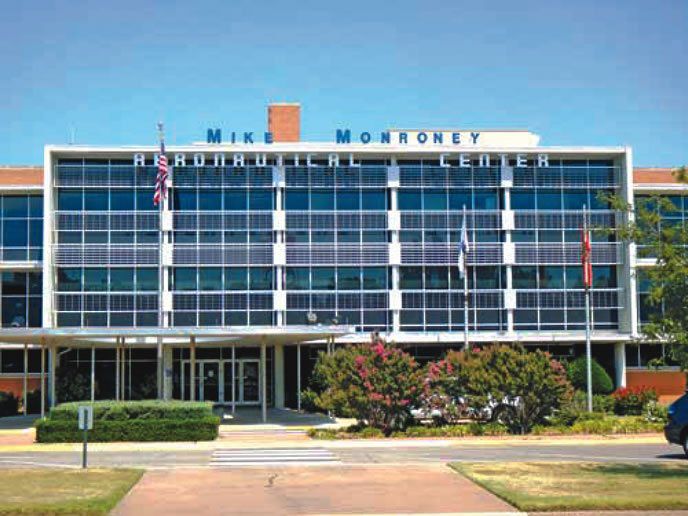 Somebody, somewhere, has to come up with the procedures in which we entrust our lives and that of our passengers when we’re penetrating the muck, following some ethereal radio signal hoping there’s sufficient clearance from the myriad obstacles that can exist. An awesome responsibility, that. Who does it?

In the United States, the FAA is charged with that responsibility. A visit to the FAA website tells us that the office responsible is AFS-420, The Flight Procedure Standards Branch. They’re responsible both to design the procedure standards (obstacle clearance, performance, etc.) and the resulting procedures themselves. The design standards are published in FAA Order 8260.3, “United States Standard for Terminal Instrument Procedures” or TERPS.

There you have it. There is an office within an FAA building in Oklahoma City called the Flight Procedures Standards Branch. The workers in that office use the guidance in FAA Order 8260.3 to create instrument procedures. Managers for these offices are located in Oklahoma City and in Washington D.C.

TERPS is an acronym for Terminal Instrument Procedures.

In fact, the women and men who create the instrument procedures go to great lengths to assure that pilots who fly the procedures are protected from flying into anything other than air—avoiding dirt, rocks, towers, water, etc.

The TERPS guideline documents consider such things as turn radius at various speeds, the effects of extreme temperature, terrain elevation, obstacles, aircraft performance and myriad other criteria. The procedures and limitations they design are presented on charts as black lines in both lateral and vertical planes, and numerical limitations depicting minimum altitudes and maximum speeds.

If pilots comply with those minimums and maximums, and keep the airplane on that black line, vertically and horizontally, they can have a reasonable expectation of a successful outcome to the procedure. The pilots who do not keep the aircraft on that black line often wind up as the subject of an NTSB accident report and their names in the obituary section of their hometown newspaper.

So much for operations within the United States. How about the rest of the world?

The rest of the world, at least those nations who are members of the International Civil Aviation Organization (ICAO), construct instrument procedures for the airports and airways within their nations using similar procedures and a similar guidance manual. That manual is called ICAO Document 8168, Vol. II, “Procedures for Air Navigation Services Aircraft Operations” or PANSOPS.

The PANSOPS manual and the TERPS manual are similar in many respects and quite different in others. For but one of countless examples, the FAA uses feet per nautical mile when calculating climb and descent gradients. So, for every nautical mile horizontally, the climb or descent path will move a certain number of feet vertically.

PANSOPS uses a percentage in calculating climb and descent gradients. If a descent or climb gradient is three percent, that means that for every one hundred feet horizontally, the flight path will move three feet vertically.

PANSOPS instrument approach procedures (IAP) contain five legs—adding an arrival leg—while TERPS instrument approaches do not have an arrival leg. Because of this, some PANSOPS IAPs will require two separate approach charts, with the first one showing the arrival path to the final approach fix. These charts do not depict a vertical path. The vertical profile is shown on the second IAP chart that then shows how to get from the FAF to the runway.

Other differences between TERPS and PANSOPS can be significant and are far beyond the scope of this article. Suffice it to say that if you are flying to a destination that is outside North America, you may expect some differences in procedures.

Jeppesen approach charts tell you which standards were used to create a specific approach chart. “TERPS” or “PANSOPS” will be printed vertically in the lower-left corner of the chart.

However, for all intents and purposes, if the procedure is in North America, TERPS guidelines were used. Procedures to airports outside North America are typically developed using PANSOPS criteria. There are, however, even differences between Canada, Mexico and the United States.

This magazine occasionally delves into the TERPS criteria behind a particular approach design. However, full knowledge of all the TERPS is unnecessary for the typical pilot. Likewise, knowledge of PANSOPS specifics is not generally required. However, if you are planning on flying outside the U.S. and anticipate the possibility that you’ll be pushing minimums or exploring some difficult procedures, you’d be well off to study local procedures and regulations beforehand.

Also, for those pilots who assume that they will never fly outside the United States, and thus will never be subjected to PANSOPS, keep in mind that some Caribbean islands (such as St. Maarten) use PANSOPS for their approach procedures. So if you plan to visit even the Caribbean, a review of PANSOPS procedures would be in order.

Regardless, whenever you’re flying outside the United States, you’d be wise to fly a bit more conservatively, a bit more cautiously because there are differences. Most of those differences can be rendered meaningless if you fly as precisely as possible, following those black lines. The cardinal rule by which you should always fly, though, regardless of where you’re flying is if you have any doubt, any question about how to safely or appropriately proceed, ask.

George Shanks retired from a major U.S. airline and now teaches at a major independent training facility in Dallas, Texas.