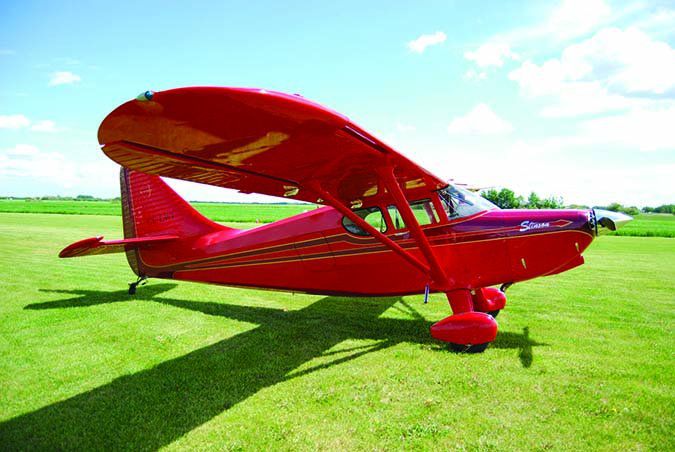 Hybrid B = Airplane F (sort of)

I always enjoy Jeff Van West’s articles, including the January “GPS Makes Us Smarter.” In the mini bio you put at the end, the Prius “B” is mentioned. There are probably others curious to know what it means.

In aircraft terms it is somewhat analogous to the “F” mechanism on most aircraft. The “Flap” is generally used on descent, provides drag to reduce speed and per Bernoulli and/or Newton or some other dead scientist, converts energy into additional lift. The “B” on the Prius (and other hybrids’) shifter is generally used on long descents to produce additional drag via the engine/generator, which in turn converts energy into additional electrical charge to store in the battery.

As with any analogy, don’t push it too far.

I believe the intent of the rule is to maintain a sterile cockpit below 10,000 AFE, but the FAA has never responded to my suggestion that they clarify.

Good point, Ben, and thanks for mentioning it.

As a commercial, instrument-rated A&P/IA and retired engineer, I am a long-time reader and fan of IFR and appreciate the instructive and well-done articles in the magazine. I find the articles very useful and informative with each issue and have a large collection of back issues for occasional reference.

In the February 2016 Issue, the article “Loss of Control” has a sidebar, “Stall Resistance,” written around the Cirrus airplane. This excellent short piece about a fine airplane especially caught my eye. Unable to justify the expense of such a new aircraft, I’m just finishing a total rebuild of a “barn-find” Stinson 108-3 that hasn’t flown for almost 30 years now.

The Stinson 108-1, 108-2 and 108-3—built 1946 through 1948 with a few in 1949 after the acquisition by Piper Aircraft—are strong competitors in stall resistance. These aircraft are all fabric except for the tail, cowling and doors. The structure of the fuselage is a well-designed box/truss frame of 4130 steel. It has, believe it, two excellent I-beam spars for a very strong wing.

Designed into that 70-year-old wing is an effective outboard slot that almost makes the airplane stall-proof and spin-proof. The purpose of the slot, of course, is to maintain appreciable airflow over the outboard section of the wing in high angles of attack. However, I was finally able to learn how to get a good stall and ultimately a good spin out of my old 108-2. I found that after three turns the spin started to tighten so I arbitrarily put the recovery point at three turns each time.

I have not tried to stall or spin a Cirrus but I can speak for the Stinson as a lot of fun for intentional activities and an excellent airplane to keep the novice pilot out of trouble. Progress on such fine ships as the Cirrus is nice but it is also nice to look back at the “old timers” who paved the way for the new generation of pilots and designers.

Robert, you are so right. Thanks for the reminder and for your kind words.

I’m confused by Fred Simonds’ statement (“Upsetting the Rhythm” in April) about confusion on the tower’s instructions while on the RNAV (GPS) RWY 3 approach into Leesburg.

He says: “Lessburg tower tells us first to make left traffic for Runway 13. That is impossible because that would lead us to Runway 31. We check the HSI to make sure we are not disoriented. We aren’t. Before we can object, tower instructs us to make right traffic for 13. Once again order is restored. We land, heads spinning like gyros.”

A few paragraphs later, he states: “A third unrelated rhythm break occurred when the tower gave us incorrect downwind instructions. This was odd because the tower was already working two or three VFR aircraft heading for Runway 13. Did we screw up? No…”

Actually, I think they might have. You can most certainly join left or right traffic for Runway 13, as shown in this diagram.

I think Fred and Ron were simply confused with all the other changes that occurred earlier. In fact, given that the tower was already working other traffic to Runway 13, s/he was probably asking for left traffic (the normal traffic pattern for Runway 13) and later cleared them for right traffic to fit them into downwind spacing more effectively (separating traffic on opposite downwinds).

Fair enough. Yes, clearly, it would have been possible to make left traffic for Runway 13. However, in order to do so, we would have had to cross over the active runway. As best I can recall, no controller has ever asked me to do that. If time had permitted, I would have asked the tower to confirm that s/he really wanted us to overfly the runway and make left traffic, but the corrected instruction for right traffic came first.

Also, your comment about Tower initially asking for left traffic to fit in with existing VFR traffic makes sense, except for the need to cross over the runway and that the other traffic wasn’t on left downwind; it was straight in. – Fred Simonds

Troy, I think your points originate with the article overstating that the left downwind would have been impossible, where we should have said, “unlikely, because it required crossing over the active runway.” I’ll also add that while I disagree that their judgment was affected due to the approach confusion, I do think that confusion made them more careful—perhaps too careful—with subsequent instructions. —Frank Bowlin