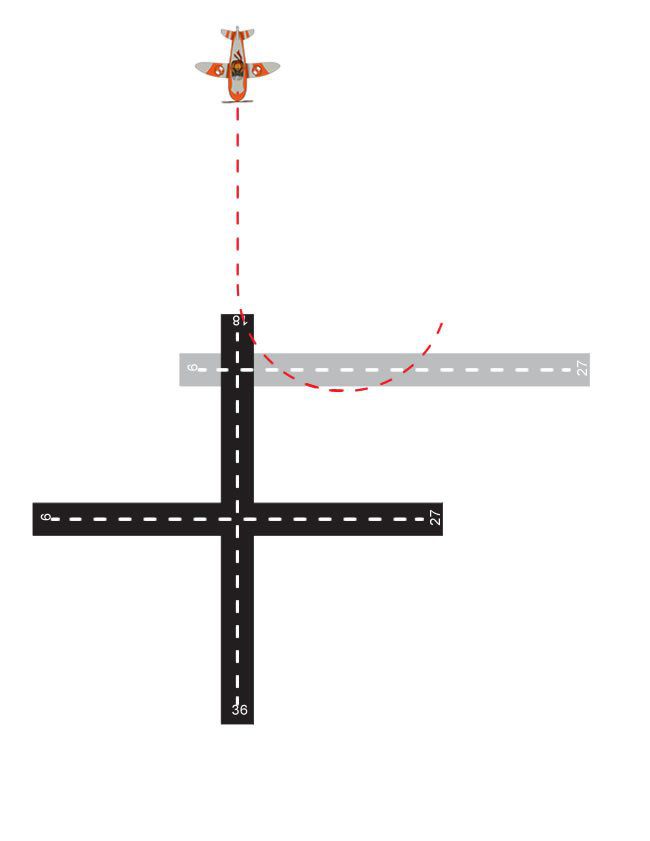 On page 11 of the July issue, Jordan Miller implies that you can slow down to extend your range to the alternate. That makes a ton of sense to me since I sometimes do that anyway. But I seem to remember reading that the FAA doesn’t agree with that method. I believe they expect you to use the full normal cruise speed for the whole flight, including to the alternate.

This all boils down to planning requirements being just that—planning. Once you’re under way, new requirements apply.

Yes, you plan your alternate based on normal cruise speed and file that. The alternate you pick might be “legal” but personally undesirable and a necessary choice due to practicalities of fuel, location, etc. The example of using ORD as a legal alternate in the article illustrates this as you’d only actually land at ORD under extreme circumstances.

Now, once on your way, if you discover you actually need to fly to an alternate, you can immediately slow to best range and you now can reach many potentially more suitable alternates. There may be an issue that you filed at one airspeed and you’re now flying slower, but that can be fixed by simply notifying ATC of your new airspeed.

Not in My Airplane

Frank Bowlin’s musings on the future of piloting (September) via (not in) cyber-space sounds interesting, but not very attractive, considering the ability already amply demonstrated for someone in Sverdlovsk, Beijing, Pyongyang, or even a bored teenager in Yonkers, to penetrate my computerized equipment. I hope hands-on—or at least eyes-on— control will always be strictly required.

While I was speaking of a rather fanciful future without getting bogged down in the tedium of practicality, your point is quite valid. So far, the FAA has only relented to outside devices transferring routing to the installed equipment after review and acceptance by (presumably) the pilot, using commands on the installed equipment. I presume (and desperately hope) this will continue.

In September’s “Close, But Not Too Close,” Tarrance Kramer suggests that six seconds at 60 mph is 88 feet. That’s one second at 60 mph. Six seconds would be 528 feet; 12 seconds is 1056 feet. The right math would have made his example more thoroughly terrifying.

Yep. Oops. We sent Tarrance a copy of Arithmetic for Dummies and spanked the proofer—again.

Having read the August 2014 issue of IFR, I wanted to comment on the pilot shortage remarks in the Readback section. As a recent student pilot and someone who has been attempting to encourage another young person into flying, I can agree with both of the points being made. First, that entry pay into the aviation industry is very low compared to other professions and second that there are not enough starts to fill the ranks even if the pay were better.

My belief is that the costs of aviation are a significant cause of the pilot shortage. Yes, if a person wants to go to college to learn to fly, then student loans can be obtained. On the other hand, if a person wants to learn to fly by using instructors at a local FBO, loan options are quite limited. Either way, the student will face probably about $100,000 of training costs to get an entry job paying around $25,000 or less the first year.

What can be done about the costs, I am not certain, but unless we find a way to make flying more affordable for those new starts we need, I do not believe the situation will change for the better. In the end, money talks on both ends of the aviation equation.

I was transitioning through Omaha Class C airspace recently with one of my newly licensed students. It was a slow time for commercial traffic that afternoon, but fairly busy with GA traffic. Several were landing at Omaha, and one particular conversation caught our attention as the approach controller seemed to be talking to a pilot of one aircraft a little more than usual.

The next transmission was a different controller, and it became quite obvious that he was senior on duty because what followed was a lecture about following the clearances as given, not doing 360s and milking his descent. The controller explained to this pilot that there were other aircraft out there and that when cleared to descend he was expected to initiate a standard rate of descent and not deviate from the instructions given.

I told my student that the pilot was really lucky he kept his mouth shut because almost anywhere else he would have been given a phone number to call as soon as he landed and could very well have received a violation requiring a lot of fancy footwork to save his license. I applaud the controller for his patience. Had there been more traffic I’m sure tensions would have been much higher. A great training experience for my student.

I’m a life-long GA flight educator, corporate and business aviator and an airline captain. The September issue exceeded my expectations with Howard Drabek’s approach minimums discussion. The institutional ignorance of some aviators, which apparently includes FSDO inspectors, regarding this flight standards knowledge requirement seems beyond measure.

Could one catalyst for this knowledge deficit be that aviation universities and flight academies, including the FAA academy, have failed to achieve the highest forms of learning—application and correlation—due to the absence of mentors, flight instructors, and facilitators with operational experience moving an aircraft from point A to point B? The answer, in my opinion is a resounding, “Yes.” However, the fix is simple; if you want to become an accomplished aviator read IFR magazine.

I commend Howard Drabek for his well-researched and intelligent discussion of a core instrument pilot knowledge requirement that is often misunderstood.

Close, But Maybe Too Close

A separation example Tarrance Kramer used with his Mark 1 Eyeball, in “Close, But Not Too Close,” leaves me thinking he might be cutting things a wee bit close. Tower calls when I’m one mile off the north end of Runway 18. Assume Runway 9 crosses 18 to the north, and extends mostly to its east. If I take perhaps 10 seconds to acknowledge the instruction, add power, retract gear, adjust flaps and confirm the arrest of my descent and a positive climb rate before starting my left turn. My airspeed is 120 knots and then I initiate a standard-rate left turn. I’m likely to be awfully close to the extended center line of Runway 9 as I pass through a heading of 090.

Or am I missing something?

No, you didn’t miss anything. Tarrance replies:

We probably should have included a diagram and some more detail, especially regarding aircraft type and performance. This partially stems from having to “genericize” my examples to accommodate the huge variety of airport configurations out there. In the scenario, I’m talking about an airport with two 7000-foot runways that intersect essentially in the middle, like a giant plus sign. The operation described is common. But if the airport had an “L” configuration as the reader describes, this scenario wouldn’t work as well. I’d probably pad an extra mile.

When we turn or vector an aircraft, we try to allow a mile of “slop” distance for every 100 knots. So, if I give a 090 heading to an airplane travelling due south at 200 knots, he’ll “slop” about two miles further south before he rolls out on the 90-degree heading. Most light prop aircraft are at or below 120 knots on final. The Skyhawk will be at 70-ish, Cirrus a bit faster, etc. There’s always some variance, since no pilot flies identically to another, so we’re careful about not cutting it too close.

But, if we’re dealing with a King Air things would change. I’d either tell the King Air to execute climb out sooner to account for his speed, and still launch the departing aircraft, or I’d wait ‘til the King Air was well in to his turn before launching the other.

If we step it up, a jet wouldn’t get a turn at all. Our procedures require all jet and large aircraft to be issued runway heading for their missed approach climb outs. The point is that it’s all variable with local conditions and the individual aircraft involved, and the case cited in the article was but one example.

In September’s “Altitude Vs. Height” you discuss the airport elevation as if it’s determined at the airport reference point, ARP. It’s not.

The official airport elevation figure on the charts is derived from the highest point of a usable runway. In your case using Denver International, that’s the threshold for Runway 35L.