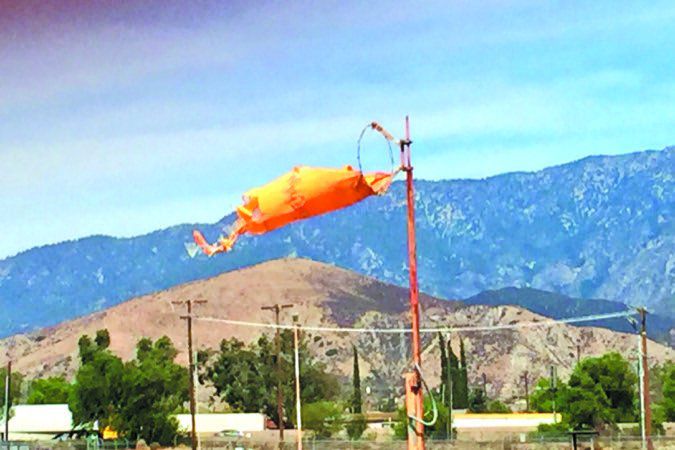 At Valdez, Alaska for the annual fly-in and STOL competition, a couple of planes arrived in short succession: a tailwheel Cessna with big Alaskan Bushwheel tires, followed by a Lake amphibian (not known for its short takeofforlanding capabilities).

Lake: “Hey, you’re not going to ask me if I’m competing?”

Not a true OTA, but in the same vein:

I was flying my daughter cross-country for her to spend some time with her grandparents. My mother-in-law was there on the tarmac waving enthusiastically and blowing kisses … as the twin Cessna who landed two minutes ahead of us taxied in! She was a good sport to admit this to me after the fact.

This past September I overheard this:

Approach: “King Air 345, yes I do. There’s a Pilatus about 50 miles ahead of you, same altitude, and we need to maintain separation while I hand you off to the next sector. You’d have to go really fast to get ahead of him before the hand-off.”

There was a pause while the controller digested this option.

I was flying over central Kansas when I overheard Center clear a jet pilot “direct destination.”

The pilot, grateful, confirmed the clearance and added the compliment, “You’re a gentleman and a scholar.”

The controller, apparently unfamiliar with the phrase replied, “Say again?”

The pilot, simply replied, “Thank you. Have a great day.”

I was inbound for landing at Reid-Hillview airport and had a traffic alert off to my left, 300 feet higher and faster. About a minute after the traffic alert the tower told me I had traffic above and to the left of me. I replied that I did not have traffic in sight. Tower said, “It’s a Mirage.”

I replied, “No wonder I can’t see them,” eliciting a chuckle out of the tower guy.

I couldn’t resist taking this photograph (below) of the just six-month old windsock at Banning Municipal airport. Only real pilots can appreciate the irony.

We get ’em out, but hit bottom every month. Don’t want reruns? Send us your cleverest or most embarrassing moment on the radio—or your favorite fix names or airport names—with a subject of “OTA,” to IFR@BelvoirPubs.com. Be sure to include your full name and location.