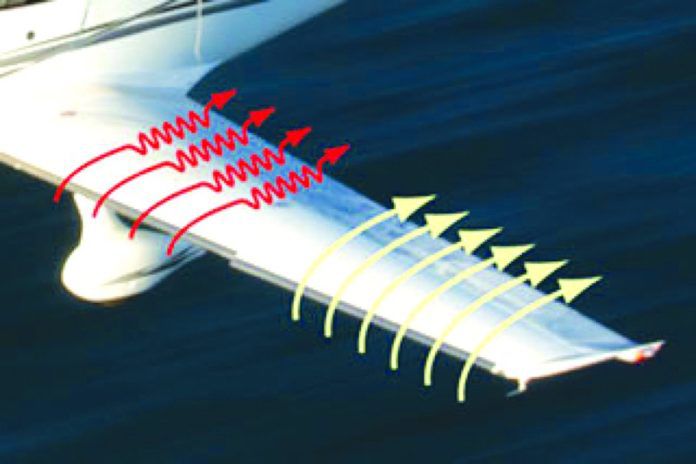 Loss of control in-flight (LOC-I) is the leading killer in GA, with more fatal accidents than the next six causes combined. The Colgan 3407 and Air France 447 crashes brought LOC-I to the forefront. We’re forced to ask how we can lose control of perfectly good airplanes. The American Institute of Aeronautics and Astronautics identified LOC-I as “the most significant cause of commercial aviation fatalities worldwide.”

General aviation statistics mirror the grim commercial numbers. Preventing LOC-I in GA has been one of the NTSB’s most wanted safety improvements for 2015. Last fall, the agency hosted a symposium to share information and explore ways to mitigate the risk.

Reducing LOC-I in GA uses similar approaches to those in commercial aviation. Following the example of the Commercial Aviation Safety Team, the General Aviation Joint Steering Committee (GAJSC) identified GA-specific safety enhancements to mitigate LOC-I risk. The GAJSC is a collaboration of GA stakeholders and the FAA. Recommendations can be quickly implemented because industry and the FAA already agree on the importance and feasibility of a solution. The streamlining of angle-of-attack system installations is one result of a GAJSC recommendation.

Instrument pilots are markedly susceptible to spatial disorientation and attention overload. Regaining control once it is lost is especially challenging when mired in the soup. So what is LOC-I, and its precursor aircraft upset? What causes it? What can we do to prevent it and what does the future hold?

It’s no surprise LOC-I is GA’s top cause of fatal accidents; few pilots in control have fatal accidents. It’s the out-of-control aspect that makes the crashes lethal in the first place.

Steven Jacobson of NASA grouped LOC-I accidents into pilot, environmental, or systems induced; the majority are pilot caused. These are further parsed into factors. Many of the factors are familiar to IFR readers: disorientation, loss of situational awareness, automation problems and improper procedures.

The simple definition of LOC-I isn’t much help for a pilot. Instead, the term “aircraft upset” is used for conditions that could lead to a LOC-I accident. An aircraft upset is “an in-flight condition by which unintentionally an airplane exceeds the parameters normally experienced,” including unintentional stalls.

Normal flight operations explore a miniscule five percent of an aircraft’s flight envelope. Commercial certificate maneuvers such as lazy-8s and chandelles, only touch 11 percent. Few pilots experience the full range of pitch and roll possible in an airplane.

To prevent LOC-I accidents, the preceding aircraft upset must be addressed. The good news is that there are simple steps we can take to reduce the chances of aircraft upset.

“An ounce of prevention is worth a pound of cure” couldn’t be truer for aircraft upset. IMC at night—with wind screaming, g-forces in all directions, attitude indicator tumbling and strobe flashes reflecting—is terrifying and could disorient most of us. The GAJSC identified FRAT and TEM as excellent strategies to mitigate aircraft upset. (Yeah, sorry…more acronyms. Explanations below.)

A flight risk assessment tool (FRAT) weights the risks and mitigating factors associated with a flight. It assists in the go/no-go decision and provides a practical application of aeronautical decision making. A FRAT converts theory from the FAA’s Risk Management Handbook into a practical tool.

FRATs take emotions and subjective thinking out of the decision. Without clear guidelines, emotions color sound judgement. Each of us has probably done things that were bad ideas—magazine staff and airline pilots included.

People can better understand cancelling a flight when blaming the FRAT. It’s hard to tell someone, “I’m not really comfortable with the ceilings,” versus, “the flight risk assessment tool says the flight is too dangerous to accomplish right now.” The second statement places the blame on the conditions and the FRAT, not the pilot. This is easier for non-pilots to understand and protects pilot egos.

The FAA Safety Team (FAAST) and AOPA, among others, have FRATs. I prefer the FAAST FRAT because of its simplicity and the ability to download and use before every flight. See FAASafety.gov, Library Categories (at the bottom under FAASTeam Library), Flight Risk Assessment Tool (FAAST FRAT).

Using a FRAT is easy. It’s a questionnaire that figures a risk score. If the FRAT shows a high risk, cancel. If the FRAT indicates moderate risk, consider steps to reduce or mitigate the risk. Often changing airports to one with an ILS can reduce the risk.

TEM Are Some Safe Practices

Threat and error management is a system to help identify and manage threats and errors to prevent undesired aircraft states. (We previously discussed TEM in October 2012.) A premise of TEM is that errors are inevitable.

James Reason developed the Swiss Cheese model of accident causation. He reasoned that we set up barriers intended to catch errors, and accidents occur when “holes” in barriers line up. The result is an error goes undetected through multiple opportunities. TEM focuses on adding barriers (layers of cheese), reducing the size of the holes and providing adequate time for error recognition.

There’s little information on TEM for GA. The FAA buries it in an appendix to AC120-90, on line-operations safety audits. The information easily found on the web describes TEM without providing an easy model to implement.

TEM models use Reason’s Swiss Cheese concept, identifying barriers— like equipment (such as an AOA indicator), external resources and pilot abilities—to catch errors. Two of the best barriers are procedures and checklists. The NTSB noted in a recent safety video that standard procedures “are an important barrier to crew errors caused by fatigue, distraction, stress, or inattention.”

Checklists are a critical element. In 2014, a Gulfstream pilot with 18,000 hours and 2800 in type, crashed attempting takeoff with the gust lock installed; it was on the checklist. Use your checklist.

The last element in TEM is time. Time, and associated task loading, provides an opportunity for error recognition. Insufficient time is a common threat.

FRATs and TEM are complementary. A FRAT helps preflight decision making, then TEM helps identify if conditions differ from those expected and catch inevitable errors. Although aeronautical decision making and crew resource management are not new concepts, the focus is on simple and practical application.

Attention management, information processing and the startle effect are the leading edge of LOC-I research. Understanding how we gather, interpret and process information allows developing interventions to prevent aircraft upset.

Dr. Wickens proposed strategies for combatting attentional weaknesses. For parallel processing, attentional demand can be reduced through automatic responses, practicing something so much it doesn’t require a lot of thought. Stall recovery should be overlearned until it becomes automatic, instinctive. Also, stress reduces attentional supply. Stress inoculation training could increase resources available during an emergency.

Scanning, task management and cueing can reduce sequential processing tunneling. A staple of practical test standards is the use of realistic distractions to “evaluate the applicant’s ability to divide attention while maintaining safe flight.” This tests a pilot’s ability to manage attentional resources.

Experiments on instrument use are allowing improvements that free up attentional capacity. Scientists easily track eye movements to show where a pilot is looking. This shows which instruments we use and their difficulty of use.

Well-designed instrumentation should be easily interpreted and reflect actual changes. Switching from round dials to EFIS significantly improves usability. For example, half of the time a climb on a round-dial altimeter has the needle moving down, opposite the aircraft movement. This “counter movement” requires more mental work from a pilot and is subject to misinterpretation.

Future avionics will incorporate additional features to improve interpretation, and situation and energy awareness. The FAA advocates that enhanced and synthetic vision will reduce LOC-I accidents. Additionally, work is being done on simplified cueing for pilots who find themselves in an upset.

Ideally, these improvements will give pilots a more accurate mental image of the situation. Pilots make decisions and control inputs based on their mental model. If we suddenly learn the model is wrong, we’re startled—like driving with a moment of distraction and hearing the rumble strips.

The startle response (limbic hijack) is a physical and mental reaction to a sudden unexpected stimulus. It’s the flight-or-fight response from the deepest reaches of the brain. Reacting in a split second might work to avoid a snake, but not in most flying emergencies.

In aviation, startle leads to over controlling and tunnel vision. Adrenaline supercharges physical responses and shuts down good decision making. Startled pilots look for information that confirms initial, often wrong, interpretations. This is one reason the pilots of Air France 447 didn’t comprehend their stall in time.

Startle is mitigated through experience; a haunted house isn’t very scary the tenth time through. But, teaching startle is challenging. Being in a startled state is not a teachable moment and student reactions may reinforce incorrect responses.

The Upset Prevention and Recovery Training Association recommended addressing startle through adrenalized learning. The organization argued that adrenalized learning can be extremely effective if done in a structured environment that does not allow fear to erode confidence. The startle response and accompanying fear could explain many LOC-I accidents. Were you fearful during your first stall? Are you anxious doing one on a flight review? Fear is a normal response that flight training hasn’t properly addressed.

Half of all LOC-I accidents involve a stalled aircraft. Stall recovery should be automatic and familiar to inhibit the adverse effects of stress and startle. Yet, most stall recoveries are practiced within a very narrow envelope—straight or shallow turns with carefully choreographed entries. Stalling power-on with 60-degrees of bank, cross-controlled, or partial panel while under the hood and other “edge-of-the-envelope” scenarios are where we need the familiarity.

Stopping LOC-I accidents is as simple as preventing aircraft upset. While the future promises advances in avionics and aircraft design, there are a couple things every pilot can do now to prevent LOC-I accidents.

Use a FRAT to help make the go/no-go decision. Develop a threat and error management system, primarily procedures and checklists, to identify threats and catch errors.

Even with the best prevention, a pilot must be ready to recover from an upset. This means practicing stall and unusual attitude recovery until they’re instinctive. This could mean enrolling in an upset recovery course, engaging an instructor or just mentally reviewing before each flight.

LOC-I is the leading cause of GA fatal accidents. Most result from deficiencies in pilot performance that can be improved through knowledge and training. Recognizing the significance of LOC-I, the NTSB, FAA and industry groups are focusing on safety enhancements. For now, a pilot just needs to retain aircraft control—the number one job.

Jordan Miller, a pilot for a major U.S. airline, employs TEM before and during each flight to make sure he doesn’t upset the aircraft, his passengers or his chief pilot.