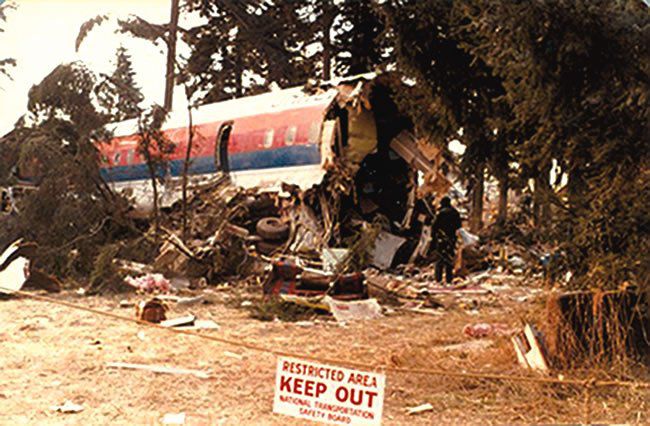 The NTSB listed the probable cause of the accident as: “The failure of the captain to monitor properly the aircraft’s fuel state and to properly respond to the low fuel state and the crewmember’s advisories regarding fuel state. This resulted in fuel exhaustion to all engines. His inattention resulted from preoccupation with a landing gear malfunction and preparations for a possible landing emergency. Contributing to the accident was the failure of the other two flight crewmembers either to fully comprehend the criticality of the fuel state or to successfully communicate their concern to the captain. “

The first officer and the flight engineer realized that the aircraft was running out of fuel, but for some reason, the captain never fully understood that.

The aircraft repeatedly turned away from the airport while the crew tried to determine the position of the nose landing gear. If you listen to the cockpit voice recorder and view the accompanying video, it’s heart breaking to watch the fuel quantity decrease as the aircraft continues to circle, at low altitude, with the landing gear extended, while the captain concerns himself with preparing the passengers for a possible landing gear collapse on landing, completely ignoring the diminishing fuel supply.

The accident claimed the lives of eight passengers and two crewmembers, one of whom was the flight engineer. The aircraft was destroyed. There was no fire.

This accident was one of the watershed events that led United Airlines and the airline industry in general to develop the concept of crew resource management as a cockpit discipline. CRM training is now a standard requirement for all airlines. —GS