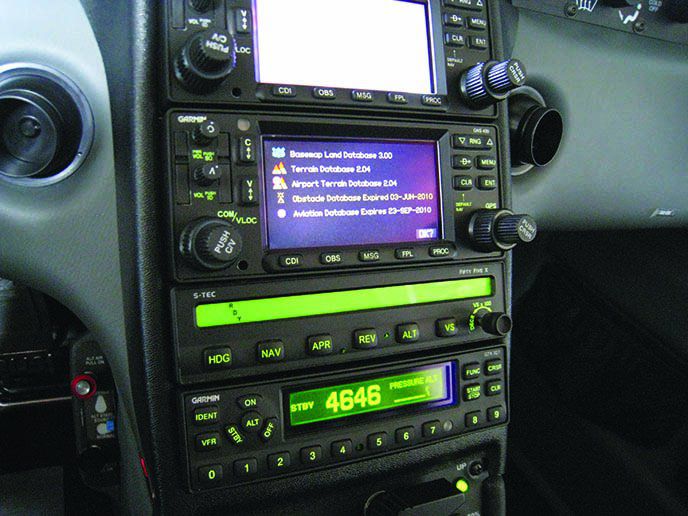 There aren’t many legal absolutes about expired data. But will the boxes keep working as expected?

Using Garmin as the benchmark, the navigator will continue to work with obsolete data. Flying GPS approaches with an expired navigator database is a legal no-no, but practically speaking, most boxes will let you do it. We wouldn’t make a habit of it, but if that LPV is the approach you really need and you’re willing to defend your actions under emergency authority, it can be done. You’ll want to carefully check every waypoint on the GPS database against a current chart. You may want to double-check with ATC that you have any NOTAMs or changes for that approach as well.

Because that’s not a pleasant way to fly, keeping at least one GPS database current is a good plan. We know some pilots with two Garmin 430s who only keep a current database in one, moving the previous data card from the primary to the secondary each data cycle. Flight plan cross-fill will not work on Garmin navigators if the databases aren’t the same, however. Most pilots we know opt to keep both current.

An interesting situation occurs with different data in your navigator and your MFD database. Say you’re on a route that includes the fix MOVED whose location has changed since the update you’re using in your MFD, but it’s current in your GPS. The navigator sends flight plan information to the MFD with fix names and their locations. The GPS data for MOVED will supersede the location data in the MFD and the route will display correctly. However, the GPS can’t correct fixes that aren’t on your flight plan.

MFDs and other charting devices do enforce some degree of currency. Display of certain data—approach charts, in particular—won’t function if the data is too far expired. On a G500/600, that’s 180 days for FliteCharts or 70 days for Jeppesen ChartView.

Other MFD data, and most portable devices, will keep showing up as before even if years out of date. Terrain and obstacle warnings will still flare off for the obstructions that the navigator knows about. So most stuff will keep working, if with an increasingly incorrect view of the world.