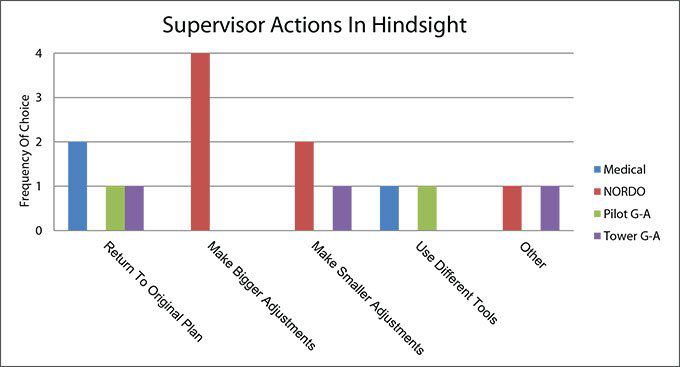 My student and I were on an IFR flight. Nearing our destination, it occurred to me that we hadn’t heard from ATC in a while, so I called them. No answer. I opened the squelch and tried again. Nobody home. Could we both have missed a radio call? I tried calling ATC on the frequency on the approach plate and got a booming, clear reply. No mention of being out of contact. To this day I think ATC forgot the hand off. But it could have been far worse.

NORDO (FAA-speak for “NO RaDiO.”) is like that. You may not even know until you make repeated transmissions and hear only eerie silence.

Let’s Be Practical
Before bolting for the lost comm procedures in 14 CFR 91.185, look around. Odds favor simple explanations. Volume controls top the list—radio, audio panel and headset. Got the right frequency? Try your last frequency; you may have heard wrong or the controller got it wrong.

Check the audio panel for proper configuration. I recently thought I was NORDO because suddenly I couldn’t hear or talk to anybody, even my student. After checking the volumes, I wondered, “What have I recently touched?” Scrutinizing the audio panel I’d just adjusted, I found the tiny Pilot Isolation switch on.

Audio panels provide a plethora of ways to bollix things up, but seldom fail. When they do, though, even the failure is rarely the issue because the pilot’s headset is automatically connected to COM 1.

Your headset is an obvious failure point. Twisting or reseating the plugs in their sockets may fix a slight oxidation on the plugs or in the sockets. On the ground, twist the plugs around in a piece of paper to remove oxidation. I’ve had an airborne headset failure due to a broken cable. What’s your backup? Got a spare headset? Is there a hand mic nearby? How do you turn on the speaker?

Push-to-talk (PTT) buttons can also fail occasionally. As they age, you may have to press harder to transmit. I’ve seen pilots press the button, but the TX annunciation doesn’t illuminate on the radio. If a PTT button fails, you can use the copilot’s button, but you’ll have to plug your headset into the copilot’s plugs. Stuck mics are dangerous because they block the whole frequency. Newer radios have timers that shut the transmitter off after a bit.

Outright radio failures are rare, and we usually have two radios. Try to check both before launching IFR. This can be impossible at a nontowered airport, but you can transmit on one and listen on the other or use a handheld.
If a radio is dark, check the obvious. Is it turned on? Is the circuit breaker in?

Working back up the electron chain, check the electrical system. Some airplanes have load meters and some have ammeters. Know what yours tells you and verify all is correct. In 2006, an Air Force instructor pilot thought he’d just lost a radio, when in fact his T-37 had a double electrical failure. Many NORDOs are complete electrical failures, so it’s important to monitor.

It’s not uncommon to lose one thing after another in cascade as power-hungry boxes fail first. Know how to recycle the voltage regulator. It may have experienced a spike and knocked the alternator offline. Check the alternator field breaker. Without electricity to make a magnetic field, the alternator is dead weight.

The problem might not even be with the airplane. Static electricity—from lightning, St. Elmo’s fire or failure of static wicks to drain electrons from the aircraft—can wreak havoc with radios. Cell phones left on can produce annoying buzzing in headphones. Icing on antennas or even a bird strike that knocks down an antenna can create a NORDO situation. Severe frequency congestion, and of course some dolt’s stuck mic, can effectively make you NORDO.

If none of the remedies work, squawk 7600. (It’s no longer required to squawk emergency before squawking 7600.) NORDO includes the case where you can receive but not transmit and vice versa. ATC might ask you to ident or turn to find out if you can hear.

If you suspect a dead receiver, try your VOR receiver. If that’s working, call Flight Service on a duplex frequency, listening on the VOR. (Remember those?) Be sure to tell FSS which VOR you’re monitoring. AIM 6-4-3 suggests that if you reach FSS, inform them you lost communications. Give your position, altitude and your last frequency. Then you can ask for further clearance through FSS via the controlling facility. You could also try guard, 121.5.

Handheld radios instill false confidence. Without an external antenna, they may be nearly useless when airborne, with a range of just a few miles. You could try your cell phone, although they seldom work above a few thousand feet AGL.

The Legalities
If truly NORDO, what you do next depends on whether you are VFR or IFR. In VFR and flying to a towered airport, land at a nontowered airport after first overflying the airport to determine the wind, runway in use and any aircraft in the pattern. Flash your lights, rock your wings. Make radio calls in case your transmitter is working. After landing, call the tower at your intended destination—get the number from Flight Service—and work out a plan and time to enter their Class D, knowing that not all towers have radar. Review light gun signals. Unfortunately, there are many reports of unreliable light guns and cases of known NORDO aircraft never seeing a light gun signal.

Flying IFR, 91.185 tells us what to do. In VMC, land at the nearest practicable airport. This is true even in Class A airspace to prevent extended NORDO IFR operation. AIM 6-4-1 adds: “… it is not intended that the requirement to ‘land as soon as practicable’ be construed to mean ‘as soon as possible.’ Pilots retain the prerogative of exercising their best judgment and are not required to land at an unauthorized airport, at an airport unsuitable for the type of aircraft flown, or to land only minutes short of their intended destination.”

Note “..exercising their best judgment.” The courts ruled, “A pilot may not take advantage of this rule to continue his IFR flight in VFR conditions to an airport of his liking, bypassing other airports and leaving air traffic guessing what he or she is going to do.”

IMC conditions change everything. The memory aid “AVEnue F” tells you what to do.

We are expected to fly at the highest of the following altitudes or flight levels for the route segment being flown:

The Minimum altitude for IFR operations, the altitude ATC has advised may be

Expected in a further clearance or the last Assigned altitude.
Per 91.185(3), if your clearance limit is a fix from which an approach begins, you should commence descent or descent and approach at your EFC time, if any, or as close to ETA as filed or amended. Otherwise, leave the clearance limit at EFC time or pass overhead if you have none, and commence descent or descent and approach as close as possible to your ETA as filed or last amended.

All of this comes down to common sense. If IFR in congested Class B airspace, don’t do the unexpected and land at a Class D airport even though it’s VMC. That’s not what controllers expect. As one controller said, “NORDO is already a surprise. Don’t add to it by doing something else unexpected.”

The AIM says wisely that “It is virtually impossible to provide regulations and procedures applicable to all possible situations associated with two-way radio communications failure. During two-way radio communications failure, when confronted by a situation not covered in the regulation, pilots are expected to exercise good judgment in whatever action they elect to take. Should the situation so dictate they should not be reluctant to use the emergency action contained in 91.3(b).”

The Controllers’ Viewpoint
To a controller, a NORDO could be a first indication of a larger threat. Controllers dislike disorder and uncertainty in a complex system with many moving parts and lives at stake. Try to understand what a controller would need and expect.

In a 2011 NASA simulation study, a retired supervisor who had been a terminal-area traffic manager worked three times as long, and twice as hard, on NORDO problems as on medical events. Medical events let him set up a plan and let it play out. However, the NORDO aircraft’s actions were unknown, even though pilots were expected to follow established procedure. Hence the NORDO required greater monitoring of feeder and final radar positions.

In hindsight, the larger number of adjustments and plan changes that the supervisor made during NORDO events highlights that NORDOs, in general, were the least flexible of the four event types. Not only was a NORDO inherently less predictable, but it also presented fewer options because controllers could not redirect the problem aircraft, forcing the Supervisor to adjust around it.

The Last Word
Handled properly, NORDO will be stressful, but with no further failures it shouldn’t be a life-threatening emergency. Remember too, NORDO doesn’t just present problems in flight. Forgetting to call your mate after landing could constitute a serious emergency.
Fred Simonds is a Gold Seal CFII, check airman and factory-certified G1000 instructor. See his web page at www.fredonflying.com.