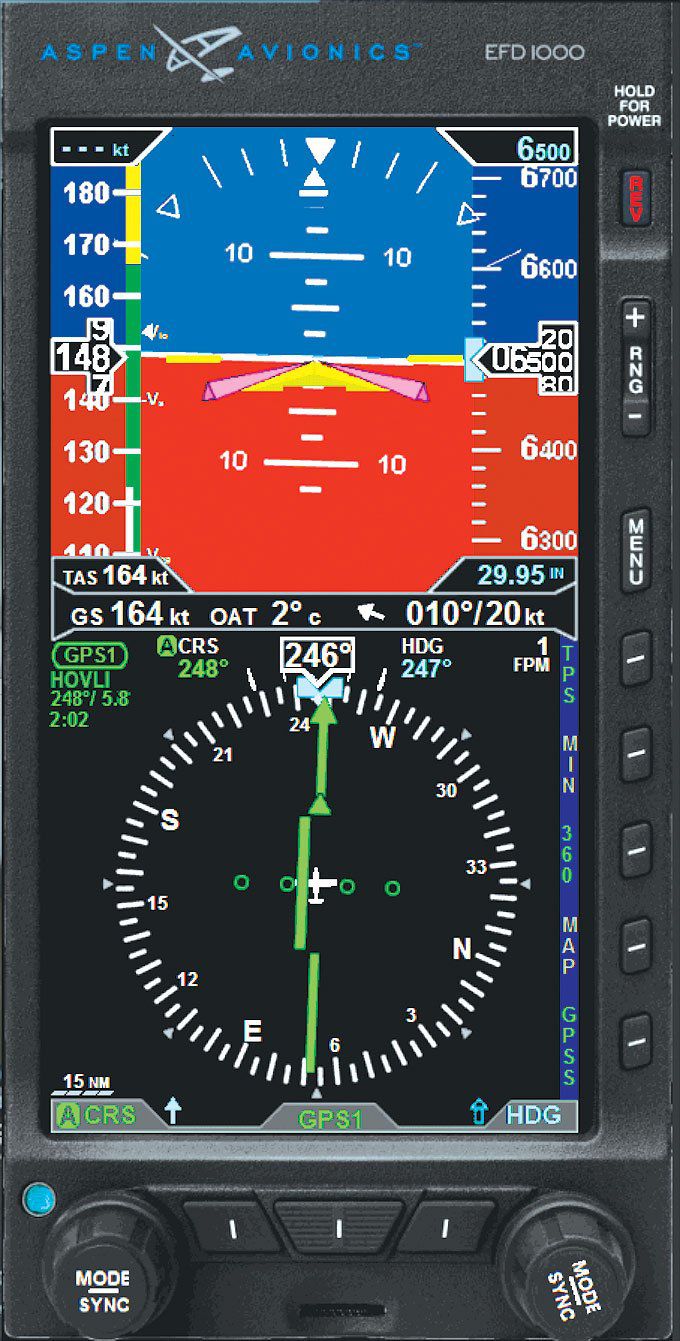 Just Let Down
As an instrument student, thank you for a great magazine. I especially always look forward to the Killer Quiz.

I’m confused by the first question in “California Let Down” that asks what you do when you get to HOVLI, the IF. It sounds like your answer explanation favors answer choice d, although the correct answer is listed as b.

Answer d says to wait to descend until inbound to the holding fix in the hold after you’ve made your entry. You don’t need to wait that long, but otherwise you’ve got the right idea. Like the FAA, though, you’ve got to pick the most correct answer.

In July’s Killer Quiz, “California Let Down,” you ask if an entire five mile hold in lieu of PT must be flown. Your answer is, “They must be flown as holds, but you still have all the freedom to enter the hold as any other hold. The five-mile bit has to do with avionics in high-speed aircraft, like the kind that land slightly slower than your A36’s Vne.”

That could lead readers to assume that the five-mile leg length could be disregarded. Both the Instrument Flying Handbook and the AIM state that, when a hold-in-lieu of PT is depicted on the approach chart for course reversal, “The holding pattern distance or time specified in the profile view must be observed.”

If the chart simply shows the barbed arrow PT, you now have the freedom to make any type of course reversal you wish.

Enjoy your quizzes, and my old eyes appreciate the magnified readouts from July’s Killer Quiz.

Your answer #8 “Based on the winds aloft (see the vector on the PFD and your groundspeed) you’ll have a tailwind for this approach” is puzzling. The PFD shows true airspeed and groundspeed as an identical 164 knots, and negligible heading correction—not suggesting any wind. Perhaps you were looking at the IAS tape, or a different scenario?

I still fly /A after 40 years and don’t know squat about a wind vector on the Aspen. But if TAS and GS are the same and there isn’t a wind correction angle, I’m accustomed to thinking there isn’t any wind.

That whole wind idea wasn’t part of the original scenario. When the wind was added, only the PFD wind vector was changed. Thus, you’re right in that all the heading and speed parameters are bollixed up. If you’re used to decoding a crosswind using just heading, speed and course—a dying skill—it’s no wonder you’re confused.

Modern EFIS will display a little arrow showing the wind relative to the airplane and a legend next to it with the magnetic direction and speed. That information is circled on the Aspen display to the left.

Yes, the stated wind is inconsistent with the heading, track and groundspeed. If you can overlook that inconsistency and imagine yourself on final simply knowing the wind is 010@20, you’ll have a tail wind whisking you across the ground. The question and answer then make sense.

It’s a large effort to build the Killer Quizzes, and former editor Van West graciously still provides them. However, starting next month we’ve gotten him some help, trying to eliminate some of the many opportunities for that ol’ dope slap.

But the Canadian rules also have another twist. CARs 602.73 says “A pilot-in-command may file an IFR flight itinerary instead of an IFR flight plan where the flight is conducted in part or in whole outside controlled airspace.”

I need a clearance to enter the TCA, but per to the rules, I needn’t file a flight plan—just leave an itinerary at home.

I have often asked our local controllers how they would handle my departure—me suddenly appearing looking for a clearance with no flight plan on file. Their first answer is always “that would be illegal” and, when I point out CARs 602.73, their answers become more exciting, but less definitive.

Better Search
In the June Briefing item, “A Step Toward GPS for Search And Rescue,” I’d like to point out that although ELTs are still officially the primary means of location, search and rescue need not depend on them if a consumer device is available.

We have successfully used Spot in everything from a J-3 to a Gulfstream all over the world for a number of years. Pushing the 911 button sets off an alarm at the Spot headquarters and they call the proper authorities.

We had an airplane go down in a remote area. Spot sent a Google map showing the exact location of the airplane on a sandbar.

I do not have any financial interest in Spot but won’t leave home without it.

Spot and rival Spidertracks are marvelous devices and services, but there’s one thing an ELT will do that they won’t—send a distress even when you’re not physically able to push that 911 button.

A properly installed 406 MHz ELT with GPS will provide the same location accuracy as these services. Redundancy through one of each might be beneficial, but we are comforted knowing that our ELT will notify the authorities if we’re unconscious or disabled.

Don’t have a 406 MHz ELT with GPS? Until you install one, you should absolutely get a Spot or Spidertracks.

That’s Some Good Soup
I am an active ATP and CFII. My July issue just arrived and I spotted the article, “GPS Alphabet Soup.” The timing is perfect as I am presenting an FAA Wings Seminar this evening on RNAV approaches.

I want to thank you for the depth of information you provided in the article. It will add to what I am presenting. Many thanks for an excellent article, as I try to keep up with all of this!

But it raises a question. What constitutes a precision, versus nonprecision approach? It was always my understanding, from the 2007 FAA Instrument Procedures handbook, that LPV approaches were considered nonprecision, despite the fact that they have similar performance capabilities as the ILS approach.

We’ve long wanted to publish an article like this, and we’re pleased the stars and Fred Simonds finally aligned to do so.
The roots of the precision/nonprecision question lie with ICAO. In their Annex 10, an ILS with the requisite ground-based localizer and glideslope is the only precision approach.

ICAO recognized that trying to technically define the highly precise LPV approach in terms of a localizer and glideslope would be as easy as defining a banana in terms of an egg, so they adopted Annex 6 to skirt the issue with an APV category definition.

The term APV doesn’t use the word “precision” but defines approaches as precise as an ILS. Note that FAA APVs provide Category 1 minima of 200-1/2 and meet ILS runway length, width and clearance requirements.

Yes, technically and officially, an LPV is a nonprecision approach. But when you’re in the schmutz it’ll still take you down to 200-1/2, just like the ILS 30 miles from your destination.

The mailbox has been active lately, with both praise and corrections and a lot of questions. We appreciate them all. We try to answer most e-mail, but it often takes a month or more. Include your name and location and send your comments, suggestions, corrections and questions to IFR@BelvoirPubs.com.