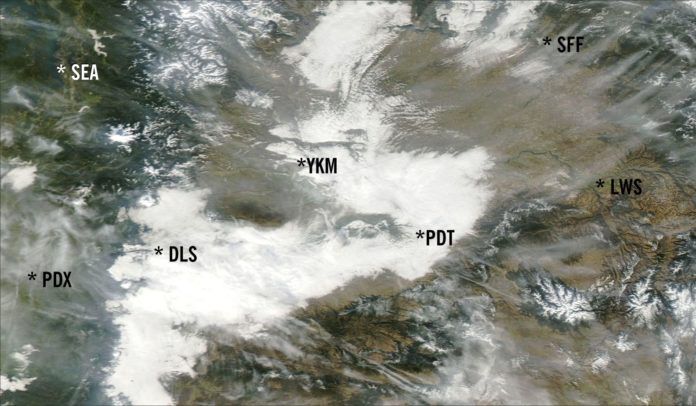 Higher and Higher
Apparently, airports in China are popping up like weeds. In September’s Quiz, you correctly reported that Qamdo Bamda Airport in Tibet has the longest paved runway in the world. You also pointed out that it is the highest in elevation. But shortly after you published that, Daocheng Yading Airport trumped Qamdo Bamda as the highest in the world. Daocheng Yading Airport opened September, 16 at an elevation of 4411 meters / 14,472 feet. “Check density altitude,” indeed.

Might? May?
In Tarrance Kramer’s otherwise excellent piece on ATC shortcuts in the most recent issue, I believe that the points he was making would have been more clear had he used the word “might” on each of the several occasions at which he used the word “may.”

Thanks for your always-interesting magazine.

Another Use for Two
In your August article, “Why Two?” you question use for two navigators. I’ve found that having two navigators can be quite helpful on a circle-to-land from an approach.
Keep the missed approach in the primary navigator in suspend mode since

you might need it if you lose sight of the runway environment. The miss will be ready at the push of a button.

Set direct-to the airport on the second navigator. This gives you distance to the center of the airport. If you stay within the protected distance (typically 1.3 nm for CAT A), on this navigator, you’re well inside the protected area. In fact, with the protected airspace being measured from the end of the runways, this will provide a nice margin of safety.

This puts some distance between you and the runway so you don’t get too close, risking overshoots, excessive bank and landing so far down the runway that you risk a runway excursion.

What Altimeter?
I fly out of San Angelo, Texas. Frequently when I check in with Approach they give me an altimeter setting that doesn’t match the ATIS, or even the previous ATIS. Usually the difference is only .01 or .02 but I am curious where Approach gets their info.

We have an AWOS and a part-time contract tower. Every source I check shows the data that’s on the ATIS. If you call the AWOS phone number while the tower is open, you only get the data from the time they recorded the ATIS. Where does Approach get their data?

Our resident TRACON controller, Tarrance Kramer, responded:
Hourly METARs and SPECIs are automatically generated by ASOS systems. But once they’re published, they’re not changed, but the reading itself might.
To get the current altimeter, Tower and Approach have a dedicated altimeter display, separate from the AWOS/ASOS. It’s common for that instantly accurate display to differ from the last ATIS, METAR or SPECI.

What we terminal guys issue verbally for altimeter is going to be more current than the ATIS. Weather is constantly in flux, and we simply can’t record a new ATIS every time the barometer changes slightly. So, we employ a few specialized sensor displays to stay current.

When the tower’s open, the AWOS/ASOS only changes with the hourly ATIS, But when the tower is closed the AWOS/ASOS continuously reports its own readings. When we close the tower for the night, we have to set the AWOS/ASOS to automatically update every minute. It’s part of our checklist. The trade-off is that no one’s checking it for accuracy.

When we open up and are actually monitoring the ASOS, we switch off the by-the-minute automatic updates. Since we’re issuing the winds and altimeter, and monitoring the clouds and visibility, we can manually address trends on the fly.

Where Ya Gonna Side-Step?
While it seems “Do the Side-Step” in October is written for the GA pilot, by the end I was given the sense that it is actually written for pilots who frequent larger commercial airports (kerosene burners). All the examples were of large airports that most GA pilots avoid like the plague.

In the KATL LOC 8L example, the author talks about certificated operators, but uses CAT A/B minimums. I understand that there are some certificated operators out there who fly CAT A/B aircraft, but the majority of the operators using these fields and approaches are in CAT C/D aircraft. In which case the visibility minimums are higher and need to be pointed out.

Valid observations, Justin. We often struggle with the balance between big iron and 172 pilots, as both groups are readers. Plus, we do feel a need to cover most aspects of instrument flight, but many of them really only apply at the larger airports. Thus, it’s often a challenge to find an example of broad appeal.

Oops. Slip of the fingers. I should know better, though, as I’m quite familiar with that area. I’m based just north, down the coast in California and I regularly travel up to the Pacific Southeast.

Send your comments, suggestions, corrections and questions to IFR@BelvoirPubs.com. We try to answer most e-mail, but it can take a month or more. Include your name and location.