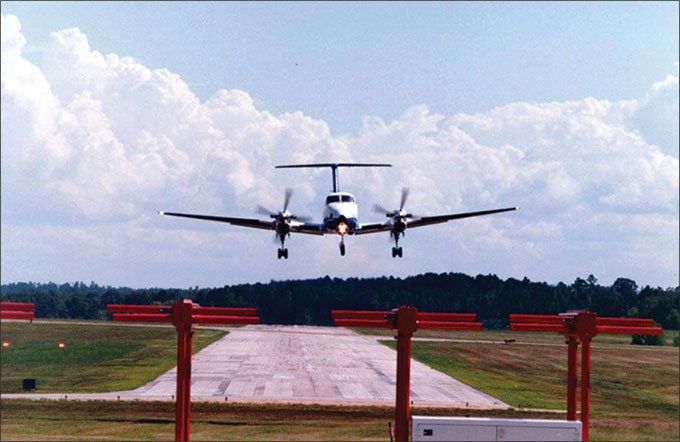 Ever plan on running an errand on the way home only to arrive home having made no stops? It happens to me all the time. People become conditioned to patterns and trying to do something different leads to mistakes. The same is true when flying. Procedures are developed and implemented to prevent and catch errors. When conditions require a change from the norm, mistakes are more likely to occur.

The crashes of Asiana 214 and UPS 1354 highlight the hazards of deviations from normal practices. Many professional pilots fly mostly into large airports serviced by ILS approaches. Sure, we train non-precision approaches, but seldom fly them outside the sim. We’re conditioned to fly that ILS with the glideslope, even in visual conditions.

Embracing current technology could provide solutions to minimizing hazards. RNAV approaches, in particular RNAV GPS approaches with vertical guidance, are available to many more runways than ILSes. In fact, as of July 2011 there were twice as many WAAS RNAV approaches providing LP or LPV minimums than ILS approaches. Prioritizing their use would allow a consistency that minimizes mistakes. We just need to overcome the ILS paradigm in favor of a GPS approach with vertical guidance.

ILS, the King
Since the 1940s, the ILS has been the backbone of instrument approaches. The first rudimentary version used a low frequency localizer and marker beacons to indicate position. Lt. James Doolittle used this type of system to accomplish the first successful blind landing.

The real advantage of an ILS over other approaches was the glideslope. The first glideslope had a hyperbolic path that resulted in high initial descent rates decreasing until touchdown. This was judged too difficult to fly because of the constant attention required by the pilot and was replaced with a constant angle glidepath. In May, 1942 the first test glideslope was installed in Indianapolis. Leon Himmel, one of the designers of the system, describes feedback from the test pilot Pete Genero.

On another occasion he called me to tell me “the path is too low.” I told him it was off the air and that the antenna was on the ground. Nevertheless, a quick demonstration convinced me that he was flying on noise.

Reflected signals are still a problem with glideslopes. Mr. Himmel worked for ITT, however, Sperry Rand and MIT also developed glideslope antennas using the L and X bands respectively. Although using the high frequency bands resulted in less interference, the transmitters couldn’t comply with the offset of 400 feet which is still used. In 1942, the ITT glidepath was selected as part of the Army’s Instrument Landing System SCS-51.

Welcome to the 21st Century
There remain many problems with ILSes; they are expensive to install and maintain, require frequent flight checking, are susceptible to interference by vehicles on the ground, and transmit false signals. GPS eliminates most of these problems.

Launching a rocket carrying a GPS satellite is no cheap feat. Fortunately this cost doesn’t come out of the FAA operating budget or user fees. The only costs of implementing GPS approaches to LNAV/VNAV minimums are the design and testing expense. Deployment of WAAS does have a cost, though.

The FAA is currently supporting ground reference stations, wide area master stations, and ground uplink stations. A geostationary satellite is also required to send the correction signal to GPS receivers. Even with these costs, WAAS has the potential to be a huge cost savings.

ILS installation is a major construction project requiring miles of underground high voltage cable runs. Once installed, an ILS wastes power by transmitting even when no one is using it (unless ATC turns it off).

Additionally, many ILS installations require marker beacons or DME. Outer markers are particularly troublesome because they are located outside of the airport boundary requiring a separate land lease. GPS approaches don’t require any of this equipment or space.

The glideslope portion of an ILS must be checked twice as often as other approaches. The FAA’s Flight Inspection Operations group has a fleet of 32 aircraft ranging from a King Air 300 to a Challenger 605. These specially equipped airplanes are used to validate and inspect instrument approaches.

After initial certification, an ILS—or any approach with a ground-based glideslope—must be inspected every 270 days. If it isn’t, the glideslope can’t be used and the approach will default to a LOC, LDA or SDF with a 540 day inspection interval. All GPS-based approaches have a 540 day interval, even though adding WAAS allows the same minimums as most ILSes. Plus, GPS approaches only require an obstacle assessment.

Primrose Path
ATC is happy to walk you down the primrose path to disaster. If a glideslope is out of service, ATC defaults to using a localizer approach. This has two advantages for them; familiarity and commonality. ATC is already familiar with the fixes and locations of the approach so it is an easy transition. Any aircraft equipped to fly the ILS can certainly fly the localizer. The disadvantage for a pilot is that localizer approaches do not have vertical guidance.

Many airports have GPS approaches that exactly overlay the ILS. For example, all the GPS approaches to Philadelphia have LPV minimums and are direct overlays of ILS approach procedures. There is a slight difference in course displacement between an ILS and GPS. An ILS and GPS approach will both have a 300′ displacement per dot on the CDI at the outer marker. On the ILS, the CDI becomes more sensitive closer to the runway, while on an LNAV it remains constant.

An LPV or LNAV/VNAV approach, on the other hand, does provide increased sensitivity near the runway. In fact, these approaches are like the perfect ILS because guidance is not limited by antenna positioning. On an LPV approach the GPS will maintain 1 nm scaling until 2 nm prior to the FAF. From that point the scale will decrease until reaching 700 feet.

Fly in the Ointment
Nothing is perfect. Aviation is very comfortable with the ILS because of years of experience. There just isn’t that level of familiarity with GPS and there are some gotchas. The tuning and identifying of an ILS is very standardized while there are many ways of programming a GPS. Also, different avionics display information differently. It is important that a user understands what approach is being used and what minimums are appropriate. A certain level of proficiency with equipment and procedures is clearly required. Also, WAAS and GPS do experience occasional outages.

As Fred Simonds points out in “GPS/WAAS Scorecard” on page 6 of this issue, GPS-based approaches are highly reliable in most circumstances, but, like ILSes, they do have their own particular sources of interference that can render them unusable.

GPS approaches have many advantages for the FAA and pilots alike. ATC has been slow to adopt and prioritize their use. This could be due to familiarity and convenience. Many airlines have yet to invest heavily in GPS and WAAS capability. Expensive improvements to large fleets are a tough sell in a cash strapped industry. Additionally, the numbers of GPS approaches performed by airlines are low because of lack of necessity and slow buy-in by ATC, so the payback can be questionable to the accountants.

If the airplane you fly is sufficiently equipped, consider making GPS (with vertical guidance) your default approach. These will get you into many more destinations than tracking a localizer and glideslope. And when ATC tries to give you that leftover localizer to chew on, ask for a sweet helping of GPS instead.

Let Me Use My VNAV
The third recent airline landing accident, Southwest flight 345, took place at New York’s LaGuardia airport. Although the flight was conducting an ILS approach, the location of the accident is not a surprise. ATC habitually uses low performance approach procedures there and pilots comply because of fear of creating a stink and being placed at the back of the line. A week after the Asiana crash, I flew into LGA. ATIS reported the localizer approach for runway 4 in use even though a GPS is available.

Just last night I flew into LGA again. Runway 4 was active and this time the VOR approach was being used. Honeywell, designer of the avionics used in the aircraft I was flying, recognizes that VOR approaches are antiquated and allows these approaches to be flown like GPS approaches with vertical guidance. Of course this morning, Runway 13 was in use. One would figure the ILS or GPS 13 approach would be in use. Nope. Instead planes were being cleared for the ILS 22 circling to 13.

During a press briefing about the Asiana crash, the NTSB Chairwoman, Deborah Hersman, noted that “stabilized approaches have long been a safety concern.” Vertical guidance is a key component of a truly stabilized approach. Prioritizing approach types that don’t have vertical guidance needlessly increases risk. Maybe LGA ATC needs to throw away the 1985 approach charts and get some published this century. —JM

Jordan Miller, a pilot for a major U.S. airline, regularly gets assigned localizer approaches and has to beg for a GPS approach to get the vertical guidance.