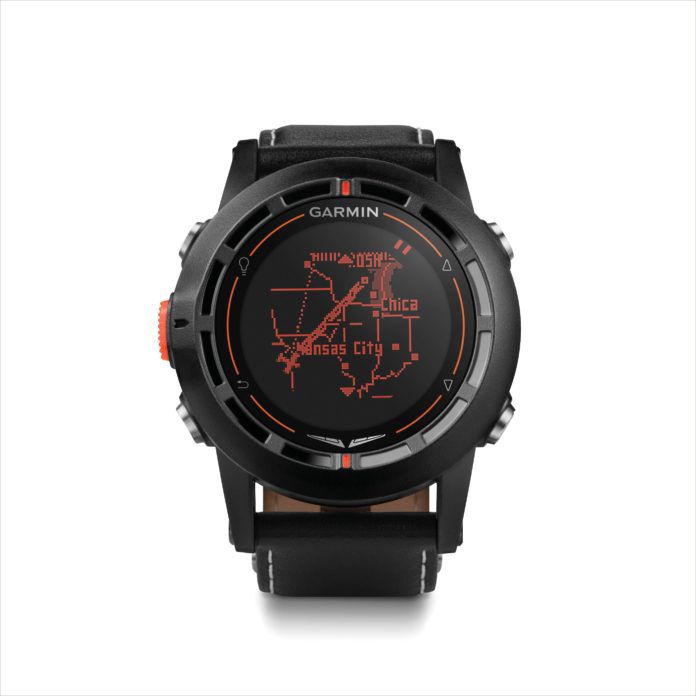 While not all pilots are gadget geeks, drooling over the newest cool stuff, few among us don’t pine for the latest EFIS, navigator or portable. Garmin’s D2 introduction—possibly the ultimate pilot “Gadget Geek” watch yet—left us begging for a sample.

Essentially, the $450 D2 is a limited aviation portable GPS in a wrist watch. With a chronograph, pressure altimeter, compass and thermometer inside, you get a lot of pilot stuff in one package.

What It’s Not
The D2 is not small. Compared to a large pilot chronograph, it’s still big—not too bulky, though, for pilots who are bigger than a super-model.

It’s not an aviation database engine. It knows about public-use airports and has a geopolitical base-map—no navaids, airways or intersections. Thus, its aviation routing capability out of the box is quite limited. More on that later.
It’s not color. But, with little detail in the base map, color wouldn’t add much. Garmin nicely organized critical information into 70 by 70 pixel display pages. That’s close to the human-factors limit of how small a useful display can be, and color probably wouldn’t improve it. Yes, color would increase coolness, but likely also the price, while reducing battery life.

Uses
Let’s face it: one of the major attractions of the D2 is simply the “gee whiz” factor. But with a serious WAAS GPS engine inside, it has potential. Certainly no primary navigator, it’s no stretch to see the D2 has auxiliary and emergency uses.

Press and hold the NRST button to display the nearest airports. Scroll to your desired airport, press another button and you get useful, accurate navigation to that airport in infinitely customizable display formats. That’s as little as two button pushes to navigate to the nearest airport.

The font can be difficult to read. For instance, KOJC looks very similar to HDJC on some pages and to tell the difference requires a close inspection that might be difficult in bumpy air.

The D2 retains some consumer functions from the original platform. It supports setup profiles that allow you to tailor the device to a variety of uses. You might have one profile for pilot, another for runner and yet another for bicyclist, each with appropriate external sensors. Each customizable profile transforms the D2 into a nearly different device.

If you think the real-world capability for pilots is limited, you’d be partially correct. The Garmin Pilot tablet application serves as a GUI front end to the D2. In Pilot, you build flight plans from navaids and intersections that are then downloaded into the D2. This enables waypoint by waypoint navigation, same as you’d get from any aviation GPS.

Before departure, the D2’s altimeter and thermometer tell you density altitude. (Consider taking the D2 off or using an external sensor for more accurate temperature than when it’s on your wrist.)

The D2 will provide meaningful navigation through the Garmin Pilot flight plan without Pilot. In fact, you can put the tablet away and just use the D2.
But, that brings up a big missed opportunity. While the D2 contains a WAAS GPS, that GPS does not work with Pilot. To use Pilot in flight, you still need another GPS, such as their GLO. We’re told that’s not a hardware limitation—it could be made to do it—and we hope that Garmin revisits this choice. It seems silly to us for the D2 to use Pilot on the front end without returning GPS to Pilot.

Garmin cites battery life as “up to” five weeks as just a watch or 50 hours with GPS. In practice, we found that with the WAAS GPS running and a moderate amount of user fiddling, a full day was the limit. The paradigm of recharging a wrist watch each night is foreign, but since we’re already doing that with our cell phones, tablets, ear pieces and other gadgets, it’s a small leap. Why not?

Wish List
The D2 would be far more compelling with a more complete aviation database. The small display would improve with a better font and the GPS should absolutely be made available to Garmin Pilot. Even so, the D2’s capabilities, Garmin’s rigorous engineering and solid build quality, and yes, the “gee whiz” factor will make the D2 a must-have gadget for some pilots.