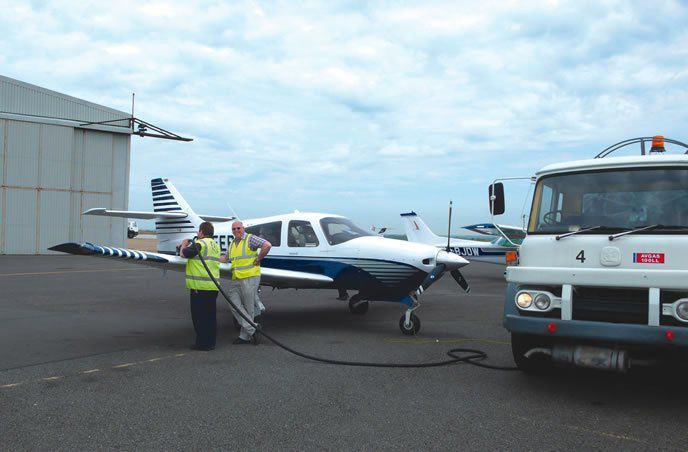 Controllers don’t just handle major factors like routings, sequencing, and altitude assignments. Threaded among those big concerns are micro situations that demand quick-thinking, tact, and fairness towards everyone involved. That objective treatment applies not just to pilots, but to the businesses on our airports.

We’ve got three FBOs on our own field, each busy with daily multitudes of GA aircraft coming and going. Most arriving pilots already know which one they’re using, and answer quickly when asked to, “Say parking.”

We’ll sometimes get pilots who didn’t pre-plan. I had one a little while ago, in fact. He turned his Cessna 182 off the runway and called me on Ground. “I need some fuel. Who’s got the cheapest gas here?” Ah, the eternal question. In the back of my mind, I’m wishing he’d checked AirNav.com, because it’s one I can’t answer.

“Good afternoon, sir,” I responded on freq. “We’ve got three FBOs. ‘A’ to your left, ‘B’ straight ahead, and ‘C’ off your right. All offer avgas.” Again, he asked who had the cheapest fuel. I told him straight out, “Sir, we can’t play favorites. You need to decide on one, and we’ll get you there.” He waffled for a bit—perhaps flipping a coin—and finally took ‘A.’

If we choose one FBO for them, the owners of the other two FBOs may give us a nasty phone call for taking business away from them. I know this from experience. One day, I was working Tower, and a landing aircraft told me on final that he was going to FBO ‘B’. I called across to Ground, and told him where the guy was parking. The aircraft landed, called clear, and Ground taxied him directly to ‘B.’

Within 60 seconds, the manager of ‘A’ was calling. I took it, and his voice spewed like fire from the receiver. “Hey, we’re trying to run a business here and you didn’t even ask that last guy. You just took him straight to our competitor.”

“Sir,” I said, calmly stopping him in his tracks, “that’s not the case. He did tell me… on tower frequency. Do you guys monitor tower?” He quietly replied in the negative. He and the other FBOs only listen to Ground. “I’ll be glad to pull the tape for you,” I continued, “but right now I’ve got five planes waiting on me, and some of them are probably coming to your FBO. I’ve got to go. Call us back later if you want to hear the tape.” I hung up. It’s been a few weeks, and we’re still waiting for his call.