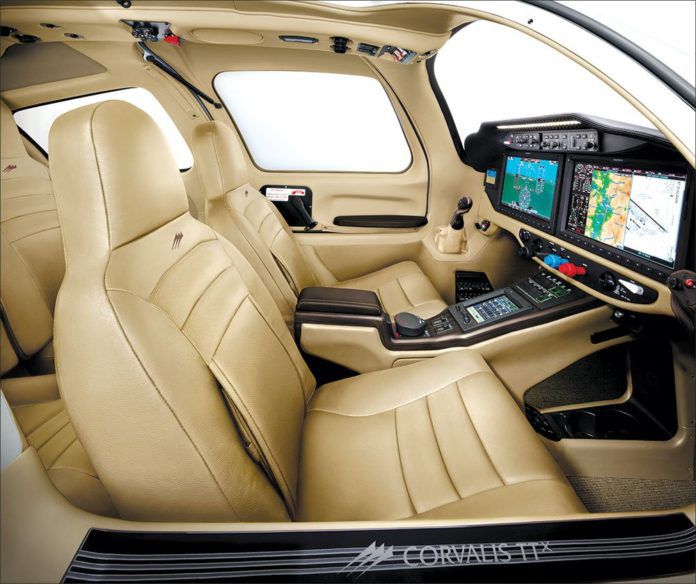 An increasing amount of instrument flying is done using technologically advanced airplanes and sophisticated avionics. Correct use of automation improves safety immensely by giving pilots the time to monitor systems, gather information, and plan ahead. But researchers have found that as a group we do not use automation effectively. Automation presents additional challenges. Over reliance or incorrect use can quickly get us in trouble. To take advantage of the benefits of automation, a pilot must use it at the correct time and have a strategy to maintain proficiency.

Four Levels of Automation
Automation can be categorized into four progressive levels, each an enhancement of the previous. Each level of automation has its time and place in the proper conduct of a typical flight, but the challenge is knowing when to change levels.

[The] plane has autopilot and GPS. I performed [the] first approach …then I tried to program the GPS for [the] ILS approach while simultaneously trying to pick-up a clearance. I was told to intercept a Victor Airway after being told to fly across it. I just couldn’t get the GPS programmed properly …ATC gave me vectors to [the approach] after noting my trouble staying on course. I then busted altitude (I responded to ATC altitude query, immediately climbing) on the ILS approach … while trying to figure out why the GPS would not read the ILS frequency …Too much focus on GPS programming rather than flying.

Trying to use the GPS put the pilot hopelessly behind. He should have lowered the level of automation and just used terrestrial navigation, or even better, asked for vectors. When a situation requires a lot of rapid inputs to the automation, it is time to move down a level or two.

Higher levels of automaton require more pre-planning. Connecting an autopilot to a GPS is best when the GPS is programmed before departure. Trying to accomplish this task while airborne, even with the autopilot on, can saturate a pilot, leaving an insufficient margin to handle an unforeseen event.
In another ASRS report the pilot wrote:

Due to wanting to get launched … and knowing the rerouting would cost extra time, I decided to enter only the first intersection … in the flight plan and program the balance en route. This plan was compromised by …hesitation programming the G1000 under the pressure of a hand-flown climb with a request for expedited climb from NY Approach. At the time I had about 23 hours in type. I had reached the cleared altitude of 5,000 direct [to the first intersection with the VOR next], and was in VMC close to cloud bottoms. Either shortly before or possibly shortly after [the] intersection, I noticed an altitude deviation (approximately 300 FT low). About the same time my clearance … was amended to direct [to another VOR], which put me back closer to the planned route. The deviation was immediately corrected without complaint from ATC.

This pilot cited “failure to enter the reroute before departure” as a contributing factor for the deviation in his report. The advantage of level 4 automation is it can be pre-programmed in low workload times so the pilot can stay ahead of the airplane.

Challenges of Automation
Properly used, automation increases safety, but that increase in safety comes at the cost of developing and maintaining proficiency with a complex system. If we use the automation improperly or if we are insufficiently proficient with it, the result can be a distraction sufficient to reduce or even eliminate any margin of safety we had. The following situation could have very easily ended in tragedy.

I was flying in IMC on the arrival … about to join the localizer. I was flying with the autopilot coupled to a Garmin 430. In hindsight, I had loaded the approach but did not activate it. Right at the intersection I tried to activate the approach, but I inadvertently cancelled the approach. At that point my moving map was showing only a black screen, and I lost situational awareness. I was fixated on the 430 to the point that I stalled the airplane. ATC was trying to work with me, but it became evident to them that I was disoriented. I was able to recover from the stall…

Humans are problem solvers. If the autopilot was supposed to intercept a course and does not, we want to know why. But fixating on why at this point puts the airplane in an undesired state. Instead a pilot must be able to lower the level of automation and act quickly to put the aircraft back on the intended course. That’s hi tech lingo for what your flight instructor told you, “First, fly the airplane.”

While descending to the final approach fix, the airplane slowed, the turbulence worsened, and the autopilot disengaged. After the autopilot disengaged, and following several pitch and roll oscillations, the pilot lost control of the airplane. During the resulting dive, the airplane pitched to an attitude of 86 degrees nose down, reaching a maximum airspeed of 171 knots and 3.29 g’s.
The pilot survived after using the ballistic recovery parachute system. The NTSB found the probable cause of the accident to be “the pilot’s loss of control of the airplane.” While accurate, this doesn’t provide significant insights.

Most of us would consider the accident pilot current with 52 hours of flying in the past ninety days. But much of this time was probably spent with the autopilot on. Hand flying abilities atrophy if not used. Every flight involves some hand flying but extensive autopilot use may not leave enough hands-on time to experience the full flight envelope. The Aviation Instructor’s Handbook identifies two reasons that skills fade:

Manual flight abilities need to be used often and recently to be maintained. The combination of frequency and recency is currency.

Currency requirements are designed to maintain a base level of proficiency. Manual flight skills can be maintained by flying portions of a normal flight by hand, but performance maneuvers associated with private and commercial pilot licenses may be more effective. A steep turn, chandelle, or lazy eight have no practical purpose beyond honing flight skills. Flying at different speeds while turning, climbing, and descending can be a great practice through a broader range of the flight envelope.

Proficiency requires that a skill be used frequently and recently. When automation is used, a pilot must be competent in each level. Maintaining competency is a challenge that can be surmounted with targeted drills done recently and often. Situations that require quick actions should use lower levels while long term conditions should use higher levels. The appropriate use of automation enhances safety, but no matter how advanced the airplane, a mastery of the basics of flying is the last barrier to preventing an accident.

When things go awry it is time to simplify and move down a level or two.
Jordan Miller, ATP, CFII, MEI flies for a major US airline. He has actively taught under parts 61, 135, and 141.