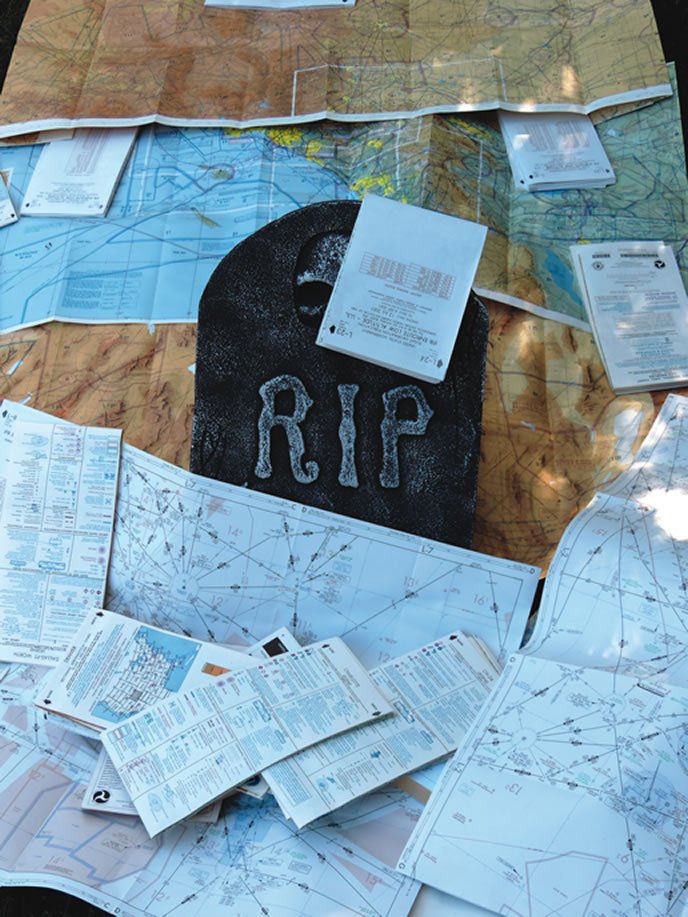 My social security card, first pilot’s certificate and various other government-issued documents I got years ago were all typed by hand. Computers? Those were barely in the vernacular, much less on the desk. Everything we did was on paper.

Computers promised to eliminate that paper. Before I became a professional pilot and later editor of this magazine, I spent 30 years in the computer industry. I did my part to fulfill that no-paper promise, but few others did. If computers were going to eliminate paper, why were we developing printers that could spit out reams of the stuff in seconds? A paperless society seemed an empty promise.

Or perhaps it was just premature. Maybe the right platform hadn’t been developed yet. After all, did you ever see any paper on Star Trek? So, maybe we hadn’t yet built the right computers.

Contrary to popular belief, Apple didn’t invent tablet computers or smart phones. But they were the first to get ’em right enough for their marketing juggernaut to make them compelling to the masses, something that eluded Microsoft, Dell and even IBM. Kudos to Apple’s vision. They changed our lives forever.

There are few tasks more tedious, more onerous, than updating Jepps. You get a new page, find the old page and replace it. Then repeat…hundreds of times. The guv’mint’s charts were easier—just throw away the whole book. Either way, we burned through a lot of forests. We pilots, and the environment we sacrificed, desperately needed that paperless society.

I may have been the last holdout. I like paper. Convenient as pixels on a screen are, it’s difficult to get the big picture from but a few square inches of a route that goes from side window to side window.

Nonetheless, over a year ago I purchased an iPad and started using ForeFlight, Garmin Pilot, Jeppesen Mobile FliteDeck and WingX. Picking one and forsaking the others is like a starving man facing a vast Las Vegas buffet—it’s impossible to make a single choice.

As limiting as that tunnel-vision view of a chart was, I found ways to work within the restrictions of electronic chart displays. Now, well, I refuse to use paper, even on those occasions where I’m supposed to. Between my iPad and panel-mount avionics, I have three independent sources of official charts (including both Jepp and FAA AeroNav), so there’s simply no need for any paper—even as backup. And, that doesn’t count the four moving navigation maps that are only displaying nav data, not actual charts.

So, the computer-age promise of decades ago is finally fulfilled, at least for this aspect of a pilot’s life. I, for one, even in my most nostalgic moments, do not mourn the loss. In fact, as I’m finally moving after 20 years in one house, I came across about 50 pounds of old charts. C’mon over. We can have a bonfire to celebrate the conversion of the last paper-chart holdout.