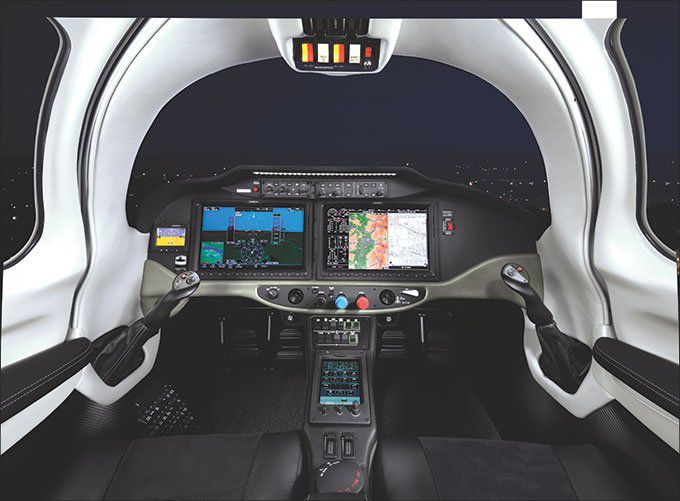 Trust me. I’m painfully aware it’s July already. And that’s really part of the point. I’ve got to fly more often, something I vowed to do at the top of the year.

More years ago than I’ll admit in print, I started a project to renovate the instrument panel in my Cessna 340. You see, I already had most of the avionics, and with a background in electronics, well, it just seemed natural to do it myself. You know the kind of project—the kind where it’s done in “spare time.”

Spare time. Now there’s a concept that’s increasingly foreign to most of us. Yet, for those of us who fly mostly for pleasure, that’s the only time we get to fly. And with that spare time becoming less and less available, our proficiency suffers.

You probably have a DVR of some type at home to catch those TV shows you don’t want to miss. DVRs are pretty simple devices, but there’s an obscure function or two in mine that I have no earthly idea how to program. You too?
How, then, do we have any hope of remaining current on our Entegras, our G500s, our GTN650s or any other of dozens of complex technological wonders? We don’t. So, we forget how to do some of the important stuff.

We possibly become a bit reluctant to go flying without first using up some spare time we don’t have to brush up on that stuff. At least hopefully we still understand that “direct to” doesn’t cut it anymore.

Of course, we don’t take the spare time to do that brush up, so instead we’re not flying, waiting. Meanwhile, our basic instrument skills are headed toward the proverbial hand basket.

It’s a vicious circle. Now, not only are we unable to operate our TAAs proficiently, but we’re not even sure we can fly an approach anyway. Well, that G1000 works as well in VMC as it does in IMC, doesn’t it? We’re in a death spiral at the bottom of which many of us will simply auger in.

And “auger in” in this context probably means never completing the project, never brushing up, not bothering to replace that expired medical or get the BFR. We stop flying. Eventually, we might even sell the airplane and even—gasp—stop reading IFR. That would be a catastrophe, indeed. It might even put me out of business. Hmmm…but then I might have more spare time. I’d probably just find another excuse.

No, before all that happens, let’s commit to actually doing that brush up on the gadgets in our panel and getting that refresher in the airplane. Remember, flying is fun, so let’s go have some fun and make ourselves better, safer pilots in the process.

The 340? Well, it’s truly about 99 percent done and just earlier this week I caved in to reality and engaged the local FBO to undertake the last one percent. You see, my new year’s resolution was to put at least 50 hours on it this year and I’ve got to get started. So, just as soon as I put this issue to bed, guess what the next priority is. By October I’ll be flying more and proficient on the gadgets. Will you? — Frank Bowlin