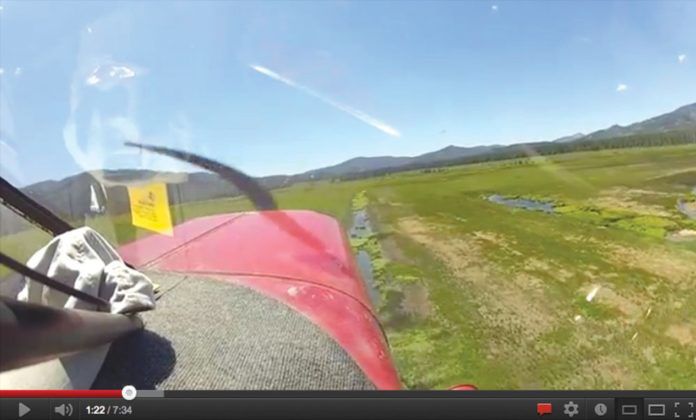 If by now you haven’t seen the YouTube posting of a Stinson 108 crash and aftermath, you should (http://snipurl.com/24p7gfc). If you did (or do), you’ll probably ask yourself the same question I and so many other pilots did: “Why didn’t this pilot abort the takeoff?”

The video was captured on GoPros by two of the four people aboard a 165-HP Stinson 108-3 that attempted to depart Bruce Meadows, Idaho, with a density altitude of 9200 feet. The takeoff roll lasted 40 seconds, only for the plane to wallow into the air, settle back to the runway, and wallow off again—still with room remaining on the 5000-foot runway to call it quits.

But the pilot pressed on and flew into the trees. For the record, I believe the pilot saved the lives of all aboard once a crash was inevitable, by doing the hard thing and flying under control straight into the trees. He deserves full marks for that.

And I have no interest in bashing him for what came before because this is a trap we can all fall into: It’s hard to see from inside the situation that it’s time to pull the plug even when, in retrospect, it’s obvious.

What I have great interest in is how our training and procedures might lower the reject threshold for persisting on a bad plan. The pilot later told reporters that he felt the takeoff was taking extra long, but pressed on anyway figuring it would be OK once he got it in the air. How do we take the nagging feeling that is so easy to rationalize away and turn it into the mandatory reset button that activates a Star Trek Emergency Maneuver Delta?

While I don’t have the answer, I can say that I’ve had perhaps more than my share of rejected takeoffs because of having a series of binary decision points on takeoff. Static RPM (piston craft) must be at or above the expected number or abort. All engine instrumentation must be in the right range, or abort. There are more, but the final one is rotation speed must be achieved by a predetermined point or abort.

The point is that you don’t know what’s causing the problem—or even if it’s really a problem—but takeoff roll isn’t the time to decide. Reject, regroup and reconsider from the luxury of the run-up area. It might turn out to be nothing, in which case you try again.

My 23 hours in a Stinson 108-2 (same engine) leaves me far from expert, but I doubt he saw more than about 2000 RPM at full power—less if he didn’t lean—so that would have been an abort. Same thing with the airspeed taking too long to come alive or certainly getting rotation speed by, say, 3000 feet of runway. Any of these might have been cause to quit Attempt A and reconsider.

This idea of parameters outside of which you cancel the current action to reflect isn’t new or unique, but perhaps it’s something we could stress a bit more. It’s easier to make a quick, objective decision that a number is too low, than a subjective one that the takeoff doesn’t seem right—and much easier than trying to decide which of those trees looks softest. —Jeff Van West