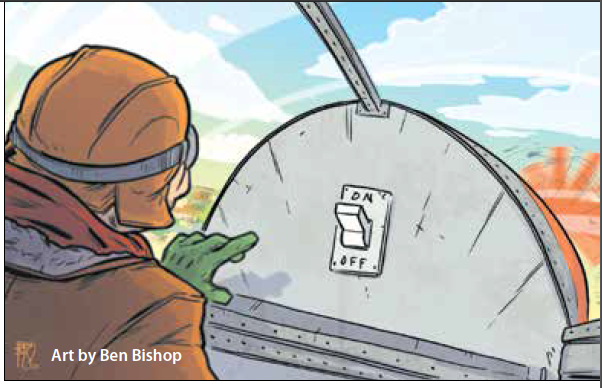 When you stop and think about it, autoland in GA was inevitable. We’ve had the technology for decades, so it was merely a matter of the practical application of that technology getting small enough in size and cost to find its way into our realm. Of course, that’s not to diminish the required massive engineering effort and investment that needed a willing company like Garmin to undertake.

But, let’s be realistic. How useful will emergency autoland be? Maybe
I sound like the whole-airplane parachute system’s early detractors, while time has shown that system does occasionally save lives. But Garmin’s initial implementation of autoland is intended to save the day for an incapacitated pilot. Take a look through NTSB accident statistics and you’ll find that pilot incapacitation as a causal factor happens but is not common. It’s well below things like VFR into IMC, fuel exhaustion, and even engine failure.

One conclusion from this is that if every GA airplane flying and produced in the future had emergency autoland, the accident numbers would only improve slightly. Certainly, the owner of an emergency autoland-equipped Autoland—No Thanks aircraft has off-the-scale bragging rights, but it simply doesn’t seem statistically likely to save a lot of lives.

Why do you fly? Each of us probably has different answers to that question, but I’d bet there’s a lot of commonality as well. I like the skill challenges, the mastery (to some modest degree) of the systems, and the utility. Give me the most complex aircraft I can afford or justify and turn me loose and I’ll be happy as I fly to exotic (and routine) places. For others—like my wife—it involves that whole concept of breaking the surly bonds.

Congratulations to Garmin’s stunning achievement, but it’s a big step closer to fully automated flight. Yes, this version is intended to take over for an incapacitated pilot in a no-wayout emergency. But, who doubts that a future version will be simply another mode on the autopilot, intended for routine use? (Incidentally, that will reduce landing mishaps.)

Today we have the technological capability for completely autonomous flight. We don’t have the systems or procedures in place, but we could do it if we (collectively pilots, industry, and government) have the will. While I look forward to someday hopping in my car, opening a magazine, and routinely telling the car to take me to the grocery store, I have no such desire for that level of automation in my airplane. I simply enjoy actually operating the craft too much to find that autonomous operation appealing. Yes, I even like flying an approach to mins in gnarly weather, so much that I might even hand fly it. Why would I want to give that up?