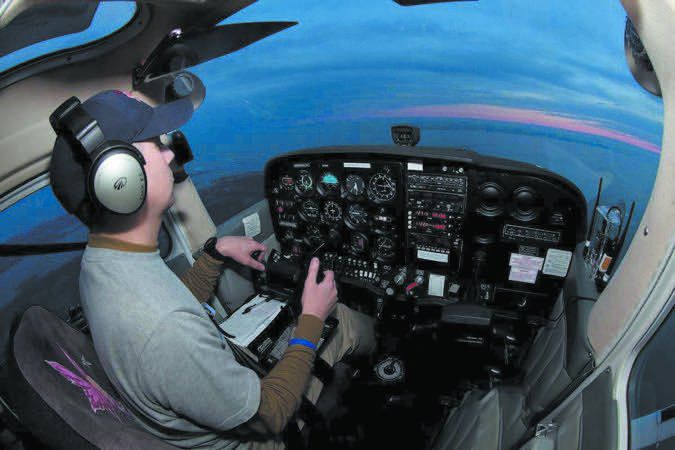 Over the last few months, we’ve run a series of articles to guide you towards your own personal SOP. The final article of that series is in this issue. But, you’d be wise to ask if you really need an SOP for general aviation flying.

Well, some do and some don’t. I’d say that if the paragraph above appeals to you, echoing how you look at your flying, then by all means keep doing what you’ve been doing. Skip this month’s article describing how to create your own SOP. There’s nothing wrong with that viewpoint, especially if it works for you and you’ve been able to use your sound judgment and good ad-hoc decision making to remain safe. If that’s you, please keep doing what you’ve been doing. It works.

But, we also have to recognize that there are many among us who might need or want that kind of extra guidance, those pre-made decisions with personal limitations. Some of our readers aspire to careers in aviation, so any exposure they might get to increasingly regimented procedures could be helpful. Then, there are those of us who do push limits, who do have to look carefully at the destination forecast and consider if they’re up to the task or even legal for it.

I’ll suggest that if you fit into this category and you’re the kind of person who’s occasionally wondering what the right thing to do might be, or who’s not decisive in the air, then you might at least consider a personal SOP.

Do I have one? No, I don’t. I’ve got a lot of the pieces, though, having built my own checklists and flows, set some standards for my own proficiency, etc. But, I’ve not gone to the point of actually codifying all that into a document that governs my flying.

I don’t need a thick book of rules that tells me to check weather, fuel, etc. I already do that. I don’t need to document personal IMSAFE standards because I’ve flown long enough and am self-aware and self-analytical enough that I do that automatically.

I’ve already taken a lot of the personal limitations that one would put into an SOP and identified them for myself. I have take-off and landing tailwind and crosswind limits. If the conditions exceed those limits, I make other plans. I know the shortest runway and the lowest visibility I’ll accept. Although my aircraft is certified for flight into known icing (FIKI) conditions and I will cautiously penetrate ice, I’ll never hang around in ice. I use my FIKI equipment to get rid of inadvertently accumulated ice and to get out of the conditions that caused it.

In other words, I have a long unwritten list of personal procedures and limitations, but I don’t have a personal SOP. Nope, sure don’t…