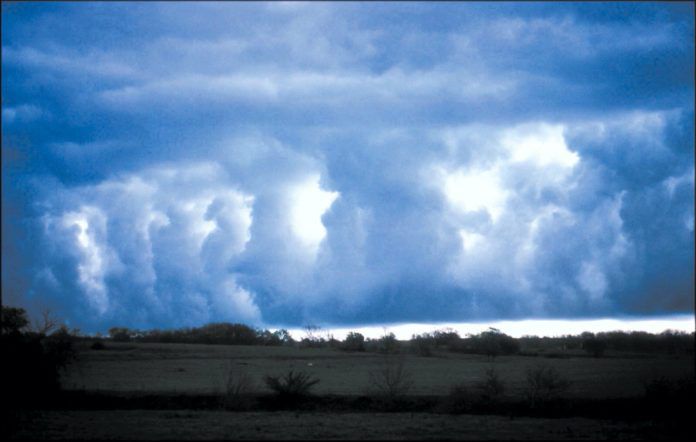 Might be a can of worms best left unopened.

With that article, we thought we’d put this whole discussion and its confusion behind us. However, as soon as the magazine hit your mailboxes, we started getting a related question: What if the BasicMed safety pilot is a CFI?We discussed this with our regs guru, Mark Kolber, and tossed this back and forth a bit to come up with our best answer. Let’s take it one point at a time.The FAA treats CFIs as private pilots, not engaged in a commercial endeavor. Thus, no second-class medical is required.A CFI can even teach without a medical under 61.23(b)(5) if the CFI isn’t required to be PIC (such as giving a BFR to a current pilot). However, the CFI without a medical cannot be PIC and cannot be a required crewmember.A CFI can be PIC under BasicMed per 61.113(i). So, a CFI with BasicMed can give primary instruction where the student can’t fly alone, and the CFI can give instrument instruction in actual conditions if the trainee isn’t instrument rated or isn’t instrument current. So far so good.If a trainee is instrument rated and current, a CFI can provide instrument instruction in actual conditions under BasicMed.However, the underlying question that we’ve focused on is if a pilot (or CFI) with only BasicMed can be a safety pilot for the pilot flying wearing a hood under VFR. The answer is the same for the CFI as it is for the non-CFI since the same 61.113(i) to be PIC under BasicMed is referenced for both as the exception for an FAA Medical. The CFI must be acting as PIC to do so. (There might be some regulatory nuance you could explore, but the path isn’t sufficiently clear to safely reach any other conclusion.)Bottom line: For your BasicMed CFI to be your safety pilot s/he cannot be a required crewmember so still must be PIC and your insurance probably wants a say in that.This whole discussion brings up a peripheral point. Any time you’re flying with another certificated pilot, regardless of their certification, it’s best to clarify the roles to remove any ambiguity before takeoff.

Flying, and in particular instrument flying, is a team project. The pilot has a plan, wants to do well, has every intention of working within the system to achieve one’s destination. If only it were as simple as one desires. Tarrance. Kramer does a brilliant job of making the pilot both feel confident enough that Air Traffic Control has the pilot’s back, but even more importantly, helping the pilot understand how both ATC and the pilot work better as a team, contrasted with the all too familiar “maybe this will work…”

When I read Mr. Kramer’s articles I am always humbled by how little I know. I learn invaluable lessons, tricks and procedures, but most importantly I am reminded that my role is not to bluff or bluster, but to work with Air Traffic Control to the maximum of my capabilities. When my skills are exceeded Mr. Kramer has taught me to be clear with the controller about my limitations, which then leads to options like getting a nudge from the controller (alternative airport), or assistance helping me conclude that I can’t keep doing what I’m doing, so I’ll land or divert.

When you invest in any endeavor, you see the full spectrum of human performance: brilliance, acceptable, and downright underwhelming. Mr Kramer does a brilliant job of helping point out how all of us can strive to improve and he does it in a way that makes me feel proud to be trying. I’ve made mistakes, I’ve had the good fortune to catch mistakes made by controllers, and Mr. Kramer keeps waving that team flag that shows how much better two people are at getting a plane from Point A to B versus a solo effort. So I wanted to say thank you for sharing.

We appreciate you taking the time to send your note and we’ll pass it along to Tarrance. Yes, he’s a gem and we work hard to keep him well fed and entertained so he’ll continue to upgrade our pages with his talent.

“Dissecting T-Storms” in May was a super article; keep them coming. It reminded me of subjects I would enjoy reading about in the future, that of convective coupling of winds at different altitudes and surface friction.

I was flying with a meteorologist friend. We took off during mid-day hot weather with the expected summer turbulence. When we returned in the evening I commented on the tremendous difference in winds on the surface where it was nearly calm with up to 50-60 knots a few thousand feet up. He explained to me about winds being “decoupled” when convective movement cut back with sundown.

Also, when you are coming in for a landing with no crab required and significant headwind you can often expect a crosswind from the left as you descend. And similarly if you have a significant crab to the right at altitude it would be no surprise if you have little surface crosswind. I figured out that it likely has to do with surface friction changing the direction of the winds. But I have never been able to find a reference, and when I mention this to other pilots they’d never heard of this interesting and useful phenomenon.

Thanks. Keep up the great work.

I rarely see anything of value on Facebook involving aviation. Then I saw a post on their Instrument Flying and Currency page by Jeremy Bennington that I thought was a good use of a contact approach.

If you peruse the charts, you’ll see a surprising number of airports that are near or even in special use airspace (SUA). Occasionally, approaches into these airports might not be available due to activity in the SUA through which the approach passes.

The solution that Mr. Bennington proposed was to request vectors as close to the airport and as low as possible, while remaining clear of the SUA. Weather permitting, you might then be in a position to request and fly a contact approach without entering the SUA.

Contact approaches are interesting and potentially useful critters. I’ve always thought they are underutilized and not well understood by either pilots or controllers. Add GPS where we know quite precisely where we are and the terrain to the airport, contact approaches can be a great solution in many cases.

In the June issue, “Comparing LPV and ILS,” you state that an LPV approach is not a precision approach when filing an alternate. And Luca Bencini-Tibo states the same in the July issue in “Finding Non-Precision.” Ever since the first LPV approach, I’ve been teaching the opposite. So, I dug further.

I couldn’t find any guidance in the AIM. I know there’s a real answer. So, can you help me find the proof?

But, if all GPS approaches are non-precision, then it would follow that on an instrument-rating checkride you could fly ILS approaches and LPV approaches, and satisfy the letter of the law. I have not asked my favorite DPEs this question, but I don’t think that is what they had in mind.

The reference you seek is in the TERPS, which essentially define a precision approach in terms that today only an ILS or an LDA with GS can meet. It has something to do with a requirement for ground-based nav, which isn’t met by GPS. It’s clearly an anachronism left over from before GPS, but it remains today. Perhaps someday it’ll get changed.So, for regulatory things like an alternate, a precision approach can’t be a GPS approach. For more practical purposes, like the ACS, the FAA considers GPS approaches with vertical guidance to be precision approaches.