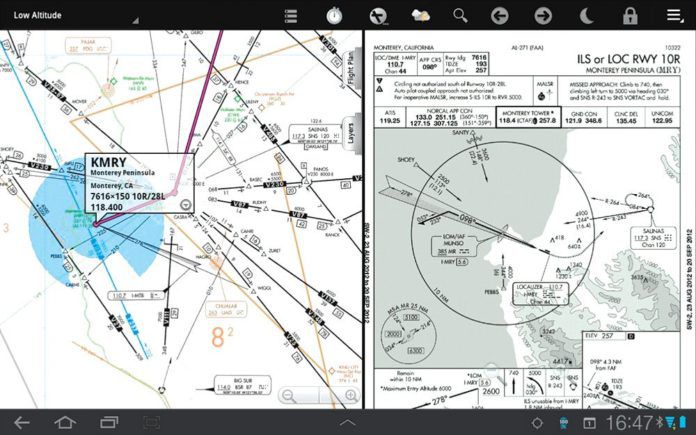 More Issues with Jepp’s iPad
I second Bob Keeping’s frustration with Jepp FD (“Tales of iPad Mischief,” September 2012 IFR). I’m mostly a weekend pilot and don’t use all the features he does, but I’ve experienced the “screen pinch” problem for at least six months now. Most of the time it rendered FD unusable for en route operations, so I also installed ForeFlight and learned to live with NACO en route charts.

The first three or four calls to Jepp tech support got a response of, “Gee, nobody’s ever reported that before,” which I’m sure was a load of bullstuff. Finally, after several attempts, a tech representative taught me the trick of unlocking the screen and moving the iPad around. He also assured me that Jepp was working on a fix. That was probably over three months ago and I haven’t seen the fix yet.

This reminds me of the OS wars of the 1990s. My impression is that, like IBM, Jepp is turning itself into a big ol’ dinosaur when it comes to electronic apps. I’m not convinced they value or even especially want the GA business.

I really like Jepp approach plates, which is why I spend a ton of money maintaining my regional Jepp subscription when ForeFlight gives me the entire U.S. for a lot less cash. But between the added cost and the clunky software, I suppose there will eventually come a day when I’ll switch over all my flying to a cheaper, more powerful app that is aimed squarely at the GA cockpit.

I have been using Avilution (www.avilution.com) for over a year on an Android Motorola Xoom 10-inch tablet. Bob Keeping’s experience with Jepp FD made me really grateful for Avilution. It’s totally reliable. Its user interface is intuitive and fast.

I find it’s easier to get an approach plate up and in view on the Xoom than to get my paper plates out. Avilution hasn’t crashed in flight since last spring, and when it crashes it’s back running in its pre-crash state within 10 seconds.

I know that the Xoom is not the world’s leading tablet, while the iPad is the most popular, but my combination is ideal. Did I mention that the Motorola GPS receiver holds a lock while the tablet is on the floor of my Mooney between the seats? No wires, no dongles, just the tablet—and a six-hour battery life.
Color me satisfied.

An ATC Number to Call
What a surprise to see my letter about publishing TRACON phone numbers in the Readback section of the September issue. Thanks for spreading the idea.
I found the target for raising the issue to the FAA on the inside cover of the A/FD by calling the number listed for “Charting Errors.” The folks on the other end were very helpful and encouraged me to submit the idea as an issue to the Government/Industry Charting Forum, which I did in late July.

Turns out I’m not the first to submit the issue. (Not a surprise, since I’m accustomed to confirming my record of never having thought up an original idea in my long life.) It seems a representative from the NBAA submitted the same sort of issue to the Forum in October 2011.

After study by the FAA and industry, the FAA Centers made a strong case against releasing appropriate phone numbers to A/FD, and in the April meeting the issue was closed without action.

The committee chairperson has decided not to raise the issue again in the next (October) meeting, but I promised her I would resubmit next April if the idea has not already been implemented. She agreed and has a positive attitude about helping to make it happen.

I am encouraged. Again, thanks for your interest and help.

This Chart Doesn’t Rate
Jordan Miller stated that both Jeppesen and AeroNav charts contain tables indicating the required decent rates for a given groundspeed. The charts I looked at show time for various speeds, not rate of decent. Am I correct?
I fly my turbo-normalized A36 all over the U.S., and enjoy your articles.

Jeppesen charts show the required rate of descent for different groundspeeds on each approach chart, as well as timing if applicable. AeroNav charts only show timing on the individual charts. For descent rates, you look in the approach book front matter.

This has been an issue with many iPad apps, as they don’t typically include this. Some now do; others let you add it as a PDF file. You can get the PDF from AeroNav’s website, http://aeronav.faa.gov.

Why do we never see LPV and LP listed on the same approach plate?
Why would an LP approach that produces exactly the same minimums as an existing LNAV approach be added to an airport (see Cairo, Ga.)?

It’s fair to call an LP approach an LPV without the V, similar to an ILS and a Localizer-only approach. However, you’ll never see both LPV and LP on the same chart.

LP approaches exist where some terrain feature or obstruction precludes an LPV approach, but there is still the option for tighter lateral tolerances than plain-old LNAV. Also, LPV and LP require exactly the same equipment, so if you can fly an LP you can fly an LPV (although not always the reverse, do to software issues). This is unlike an ILS versus localizer-only where it’s possible to have a CDI capable of flying the localizer but not the ILS.

It seems odd the FAA would chart an LP where it didn’t give an operational advantage over the existing LNAV approach. We don’t know why this was done. It could be some forward-thinking act in anticipation of a change allowing a lower minimum on the LP—or it could be gratuitous government waste. We’ll let you decide which is more likely.

Gotta Use that ODP
I had the same reaction as you did regarding the letter from Jane in Chattanooga and her claim of being repeatedly “vectored” into the mountains by Ashville Departure (“Readback,” September 2012 IFR). I’m very curious what her clearance was.

But I was absolutely cringing when I read that she has apparently flown IFR out of Ashville multiple times before “discovering” ODPs!!
Checking Fltplan.com, it looks like the standard routing is KAVL HRS GQO KCHA, which makes sense with the ODP off either runway—and none without it.

Don’t know when your last one was, but maybe it’s time for an article on ODPs and how they are used.

Departures are too often overlooked and on our repeating list of topics. We’ll get something in the pipeline as a reminder for all.
Got sumptin’ you want to say? Send it our way at
ifr@belvoirpubs.com.