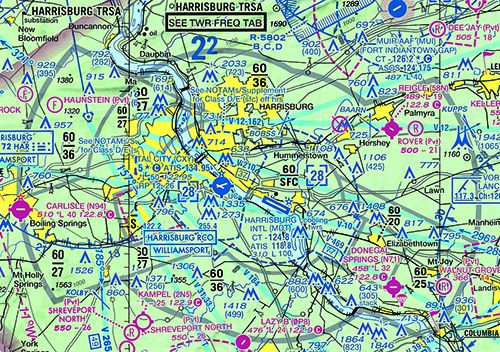 I must compliment Brian Willett on his excellent Tricks of the Trade article in the March 2020, “Ski Country Flying.” The article is very comprehensive and brought back memories of flying into Eagle County Regional Airport (KEGE) as an American Airlines pilot.

You feel so techno-savvy going in there at night with the autopilot smoothly guiding the airplane between mountains as you consult the av Display, occasionally looking up for a hint of airport lighting—not that you could fly directly there, but for some assurance that you would have someplace to land instead of going missed approach. That experience contrasts sharply with flying there day VFR, because the mountains look considerably more solid and closer than the red outlines on the EGPWS.

There are the numerous notes and contingencies explained by the article pertaining to the cold temperature correction table (something that pilots normally only consult on transatlantic flights over Greenland), the increased visibility requirements for night approaches and the mysterious visual segment.

After landing, our layover at the Colorado Hotel in Glenwood Springs, which while imposing and historic, gave one the sense of sleeping at the hotel in The Shining as Jack Nicholson roamed the halls with a hatchet.

Let us not forget the care required to fly the departure either. KEGE is one of the few airports that required us to realign the inertial nav system prior to takeoff. The coordinates for the departure end of the runway had to be carefully cross checked and entered within a few minutes of takeoff.

All that, and there was no time for skiing with the short layovers we always had.

Glad the article resonated with you, Steve. And thanks for sharing the stories.

Another Attack on GPS?

Keep an eye on the FCC and the new Ligado Corp. request for 5G satellite communications. This is essentially the same company that put the country though a rigorous test in 2011 to find out a simple fact: that strong adjacent- channel signals will interfere with the weak signal from GPS satellites. It doesn’t take a genius to figure that out. Nonetheless, Ligado is going to try again.

Unfortunately, the FCC board members haven’t a clue or are influenced by other more “important” factors. These are the same people who outlawed 121.5 and then had to rewrite their regs to take it back. See https:// www.gps.gov/spectrum/lightsquared/.

While on an Angel Flight mission between Ithaca and Baltimore, I noted that we were passing the Harrisburg TRSA. I thought that TRSAs had gone the way of TCAs a long time ago. Doing a little digging, I discovered that there seem to be a lot of them around the country. Why instead of Class C airspace? Are there any special requirements that we should know about?

The Terminal Radar Service Area, TRSA, is a remnant from days gone by. They’re depicted with broad grey or black lines on sectional charts. The AIM says it best (below).

a. Background. TRSAs were originally established as part of the Terminal Radar Program at selected airports. TRSAs were never controlled airspace from a regulatory standpoint because the establishment of TRSAs was never subject to the rulemaking process; consequently, TRSAs are not contained in 14 CFR Part 71 nor are there any TRSA operating rules in 14 CFR Part 91.

Part of the Airport Radar Service Area (ARSA) program was to eventually replace all TRSAs. However, the ARSA requirements became relatively stringent and it was subsequently decided that TRSAs would have to meet ARSA criteria before they would be converted.

TRSAs do not fit into any of the U.S. airspace classes; therefore, they will continue to be non-Part 71 airspace areas where participating pilots can receive additional radar services which have been redefined as TRSA Service.

b. TRSAs. The primary airport(s) within the TRSA become(s) Class D airspace. The remaining portion of the TRSA overlies other controlled airspace which is normally Class E airspace beginning at 700 or 1,200 feet and established to transition to/from the en route/terminal environment.

c. Participation. Pilots operating under VFR are encouraged to contact the radar approach control and avail themselves of the TRSA Services. However, participation is voluntary on the part of the pilot. See Chapter 4, Air Traffic Control, for details and procedures.

They Forgot About Me

Luca Bencini-Tibo’s article: “LOAs: Tribal Knowledge” in April reminded me of a dangerous close call we had last year at North Perry airport (KHWO), just north of Miami. We were daytime VFR from the west to Opa Locka, FL (KOPF). We were in good visual conditions, east bound on an assigned 090-degree heading, at 2000 feet, north of KOPF, being vectored by Miami Approach under flight following. Perhaps due to a controller change, we were forgotten. But as we maintained our assigned heading, entered the western edge of the KHWO Class D airspace, and saw two planes departing from KHWO climbing directly toward us. 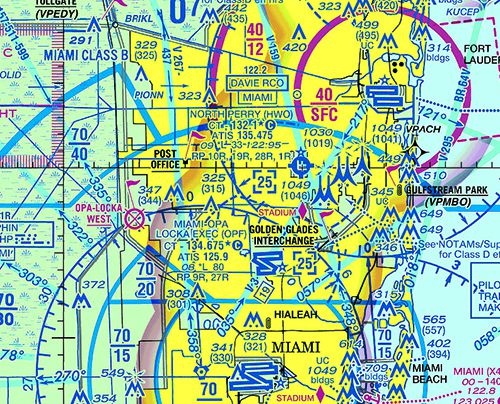 We canceled flight following, turned south, and contacted the KOPF tower for further vectors for sequence to KOPF. We filed a NASA report.

It raised the issue Luca brought up about whose airspace it is. When should you ignore or disobey a heading given by a controller under flight following. It felt like the “Wild, Wild West.” We’ll probably file IFR next time we go there, just to have a better “bubble” of safety around us.

Any airspace can seem like the Wild West at times. Remember that flight following is at controller discretion as duties permit, and some controllers are better at getting their duties to permit than others.

In your case, though, don’t confuse VFR Flight Following with the positive control offered by IFR. If that’s what you want, as you suggest, it’s best to just file IFR. Perhaps a few miles before busting into the KHWO Class D, you could have called Miami Approach and asked them if they still needed that vector and if you should contact KHWO. That’s merely a polite wake-up call and it’d probably keep everybody safe and honest.

But, to answer your question, you were assigned a heading and are obligated to maintain it if you can safely do so. All controller instructions should be followed except in an emergency. But, as always, when in doubt, ask.