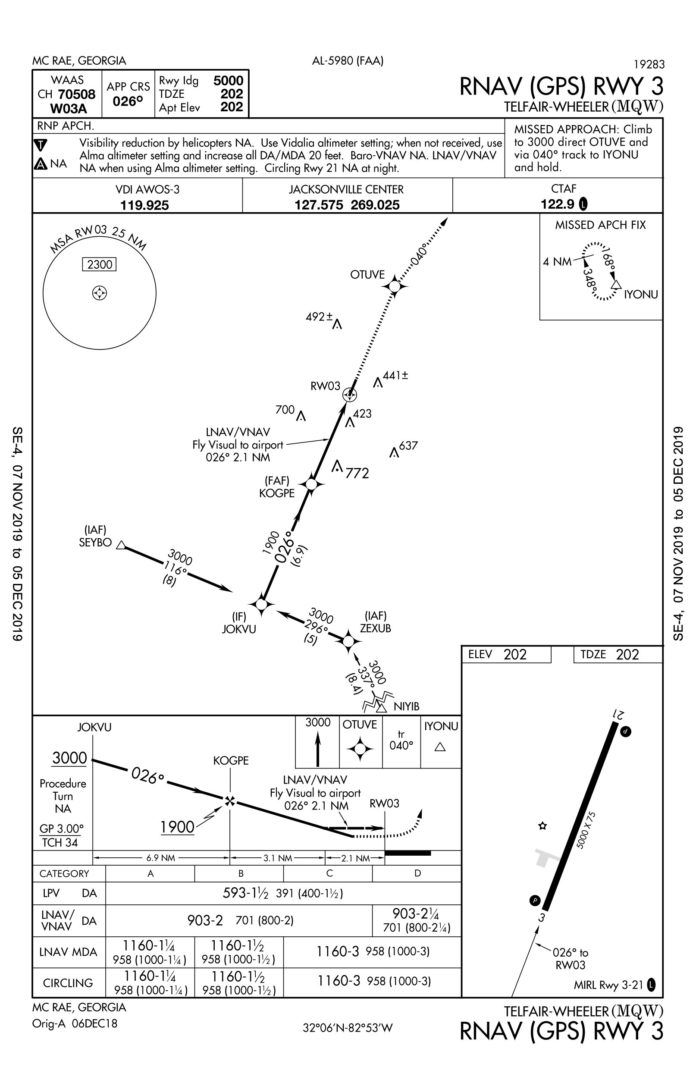 Your August article “Reading the Fine Print” contains a sequence of errors regarding what is considered a normal or a steep descent angle. Contrary to what the article says 1:20 is in fact the normal 3 degree (2.9 to be exact) glidepath. On the other hand 1:34 is not a 3 degree slope but a much shallower 1.7 degree.

Yup. You caught us. The author of that has been spanked for getting in a hurry. It looks like he got turned around while just going from memory rather than checking. 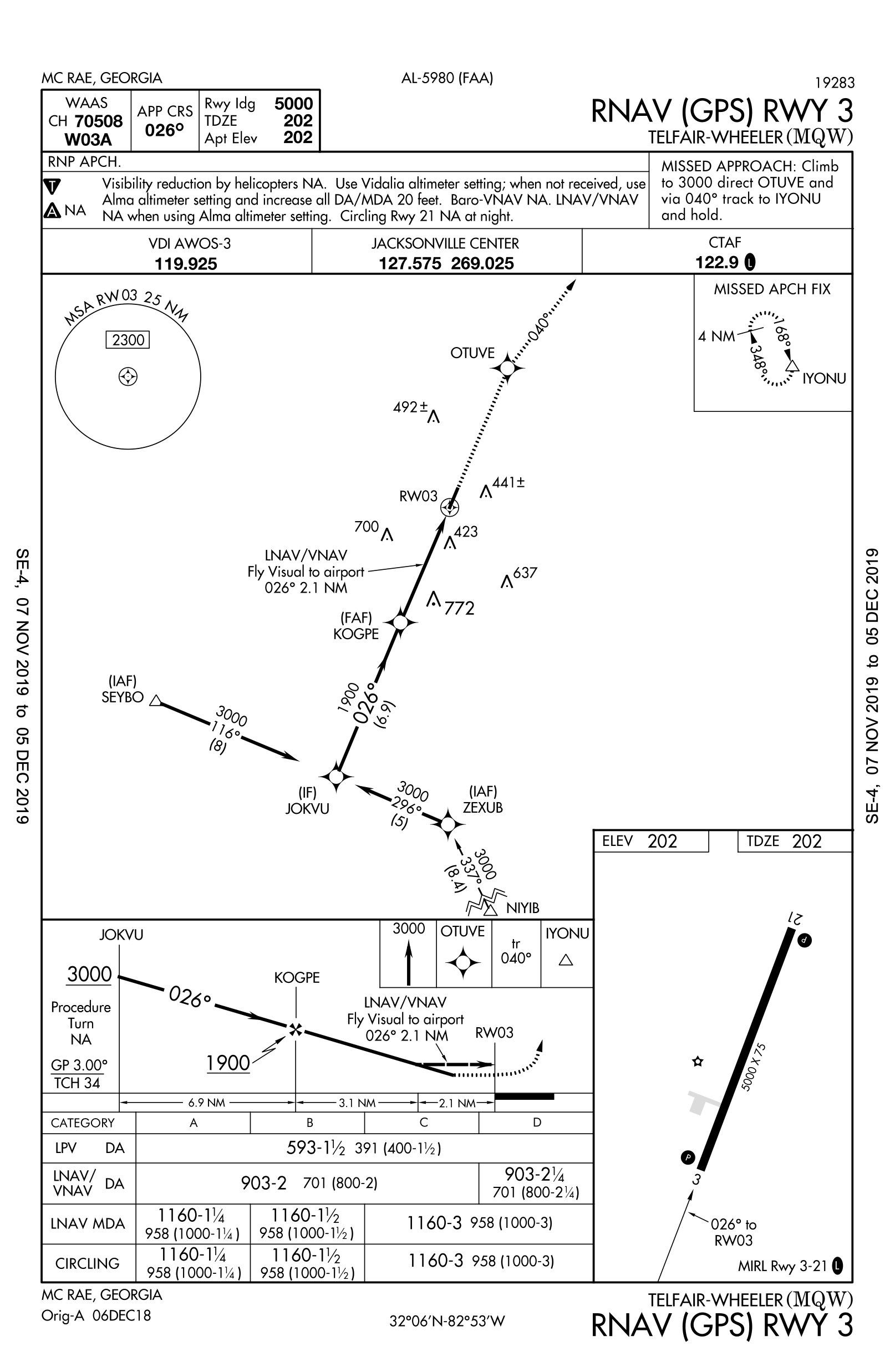 Too Small for Diversity?

Two years ago, when I upgraded the transponder on my Mooney to an ADS-B In/Out-capable Garmin GTX 345R, I asked about the diversity option, both in light of rumors about NAV CANADA’s satellite-based ADS-B plans, and after at least one too-close encounter with a TCAS II-equipped aircraft descending toward me from above.

My avionics technician told me that the diversity option was not available on aircraft as small as my Mooney, because the 1090 MHz transmissions from the upper transponder antenna were likely to jam the 1575 MHz GPS receiver antenna. He went on to say that even mounting the transmit antenna on a wingtip would not solve this jamming problem.

So, is this jamming risk a real concern, that limits use of ADS-B Out antenna diversity just to larger aircraft?

Your shop gave you bad advice. Garmin says that the frequencies are sufficiently different, even counting various harmonics, that interference wouldn’t be an inherent problem. They do, though, recommend a minimum of two feet between a GPS antenna and any strong transmitter. There are few, if any, airframes where it would be impossible to get at least that. If your tech, however, has seen that problem, it’s likely due to other factors, like poor antenna grounding, poor connections, bad wiring, etc., but not antenna proximity unless they were right next to each other.

Within the Readback section of your November 2019 edition [Vol35, Number 11] of IFR, there was a reader question titled “LPV isn’t Precision?” that also contained a response from the editor. I agree but would like to add to the editor’s comments.

Is an RNAV (GPS) IAP down to LPV minimums considered a precision approach?

The short answer is no. This type of IAP does not meet the standards for a precision approach as outlined in ICAO Annexes 6 and 10. RNAV approaches down to LPV and LNAV/VNAV minimums are called Approaches with Vertical Guidance (APV); only ILS and GLS approaches are true precision.

The FAA discusses this in AIM section 1-1-18 and 5-4-5 and refers to APV approaches as “Precision-like.” Commercial operators might find APV approaches listed in the center column of Ops Spec C052. The confusion occurs (my opinion) because within the FAA ACS testing standards, airmen flying a RNAV approach down to LPV minimums are given credit for flying a precision approach. Tough to argue when you’re tracking a stable lateral and vertical path that is not affected by non-standard temp error to a 200-foot DH minimum.

Thank you for publishing a great product every month. Best content in the industry!

So, it’s definitive :“Is an LPV a precision approach?” It depends. If you’re satisfying the ACS (checkride or IPC), yes. If you’re filing an alternate or looking at other regulatory purposes, no. Ya gotta love it.

Thanks for publishing the On the Air bit I sent recently. When I was a student pilot I bought a Cessna 182 and the owner was also a CFI and agreed to fly with me back home and instruct me along the way.

This instructor is the one who introduced me to IFR Magazine. He was raving about it which is when I subscribed.

That instructor/owner and I subsequently became good friends—he is none other than Robert “Bootcamp” Schapiro, a frequent contributor to OTA. As it turns out, you published submissions from both of us together, in the same month. We both got a big laugh about it.

It is said that the world over, most people only have six degrees of separation, meaning you know someone who knows someone, etc. until you can identify just about anyone on earth within six “knows someone” of you. In aviation that seems to be as shallow as two or three degrees. It’s truly a small community.

In the Readback section of your July 2019 issue under “G1000 Missing Approach” you discussed how some Garmin systems can omit some approaches due to coding of the Visual Descent Angle (VDA). Garmin has made more changes to address the problem beginning with Navigation Database Cycle 1912 (effective November 7, 2019), without requiring updates to unit operating software.

Yes, our contact at Garmin also brought that to our attention. Here’s a recap:In the underlying coding of the database, there are three ways a VDA is coded: NA, zero, and a real value. Unfortunately, only NA and a real value are valid. Thus, Garmin navigators were treating zero as a bug in the underlying data and initially filtered out that approach, rendering it unavailable.A few years ago, they changed the operating software in their navigators to ignore a VDA=0, so those few approaches that were coded that way (from outside sources) would again appear in the navigator, but only if you had the updated software. This was (is) problematic for some G1000 installations because software updates for the G1000 must be approved by the airframe manufacturer, which isn’t always happening.So, beginning with cycle 1912 last year, Garmin internally changed the processing and preparation of their navdata so the data getting to your navigator will no longer contain any erroneous VDA=0. Thus, those navigators that are still stuck with software versions from before the fix will no longer ever see VDA=0 and will present the approach normally.

I was out practicing approaches the other day and one of the approaches I had in the queue was the RNAV 03 to KMQW. While briefing the approach I noticed that the MSA was lower than the minimum altitude at each initial approach fix and at the intermediate fix. I wasn’t sure if this was an error or just an anomaly with the approach design, but the RNAV 21 has the same feature and I wanted to get your thoughts.

At first, this momentarily stumped our TERPSter, who said, ” I have no idea. I can’t think of any conceivable reason why an MSA would ever be lower than the initial segment, since the initial segment and the MSA both have 1000 feet of obstacle clearance applied.” After promising to dig further into it and sending the e-mail, he immediately had a “Eureka!” moment and sent another e-mail with the answer.There are descent gradient requirements for the legs on the procedure. So what may be happening is that the altitudes for some or all of the FAF/IF/IAFs are being selected based on the required descent gradient rather than obstacles.In other words, the approach must gradually descend from the IAF all the way to the runway. Occasionally, working backwards from the runway, the slope of that descent will have to start above the MSA, as it does here.We read ’em all and try to answer most e-mail, but it can take a month or more. Please be sure to include your full name and location. Contact us at IFR@BelvoirPubs.com.