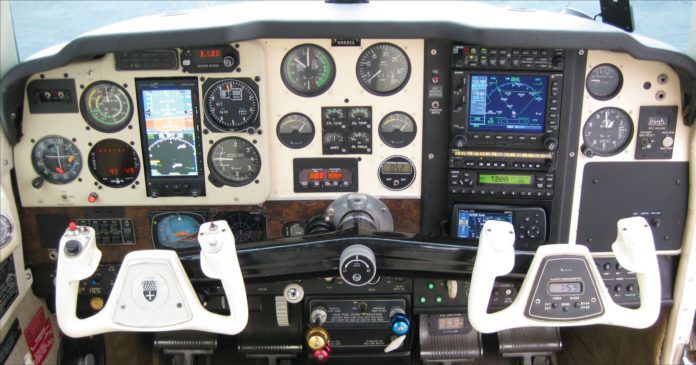 It’s Really Time for GPS
Reading “It’s Time for GPS” in November 2013, reminded me of two approaches I recently made in different areas of the country. I was told to expect vectors to the ILS. In both cases the same runway also had GPS approaches.

When I asked for the GPS approach, there were long pauses followed by a clearance for the full GPS approach—no vectors to final. I felt like I was being punished for asking for the GPS instead of the approach that they knew much better. Both controllers seemed not to be familiar with the GPS approaches. One said, “What?” and the other said, “I guess I send you to XXXXX waypoint.”

At both of these airports I was the only one coming in so it wasn’t due to heavy traffic.

Yeah, it’s a definite paradigm shift in ATC. That’s why we wrote the article, figuring if more pilots started asking for the GPS approaches, ATC would get more comfortable assigning them.

In your case, you might have simply asked for, “Vectors to final for the GPS…” to assure you were both on the same page.

Even Easier Than That
I thoroughly enjoy IFR, and in particular Frank Bowlin’s articles.
I respectfully offer a more condensed version of getting onto and flying the arc and hope it is helpful. I use HSI and DME, not having certified GPS equipment.

Fly the vector or VOR radial (TO) to the arc entry point. Turn in the correct direction. Set the final approach course in the HSI. Keep the DME the required arc distance from VOR by turns toward or away from the VOR. Turn inbound when the CDI on the HSI is centered (the final approach course). With an HSI, that happens when your heading and course are about 90 degrees apart, so you have some situational awareness.

Without the HSI, it will still work, but you won’t as easily know where you are on the arc until a lead radial causes the VOR needle to center.

Between you and me, Charles, that’s pretty much how I do it. Who needs VOR when you’re on the arc? All this twisting and watching, well, is wearisome.

The only drawback, however, is lack of attention. If you’re going a long way on the arc, it can get tedious and your (well, my) attention can wander. It’s not difficult after 10 minutes on the arc to miss the final approach course coming in and fly right through it. Don’t ask me how I know that…

Way Over There?
I am hoping you can enlighten me about the Boston-NYC corridor. Though I fly in that airspace often, my destination is typically the NYC area or much further south. I am used to the usual indirect routing and I always try to file a TEC route or a suggested route to get something close to what I file.
On this flight I was routed to Albany before the clearance turned more south. I normally don’t mind the indirect routing because it’s usually only 10-15 minutes of extra flying and good experience but this was excessive. I asked for a more direct routing and couldn’t get it. I asked the controller if I had filed a lower altitude if that would have helped to get a better routing, but he said nothing would have helped.

My question is how does one get better routing in a case such as this? Are there tricks or secrets?

Editor emeritus, Jeff Van West, regularly travels that route, so we posed the question to him and he replied:

There’s a running joke that when you fly west of New York, you can have any routing you want so long as it’s via Lake Henry—a VOR in Pennsylvania. While it’s not always that bad, it often is. The NYC airspace just isn’t real friendly to GA aircraft from about 7000 to FL180.
Your only viable options are:

1) Go VFR. 2) Go low. A route at 5000 feet will take you right over JFK in most cases. 3) File for a destination in northern New Jersey and then change in the air. That’s tricky if you fly high as they’ll step you down too early. To avoid the descent, you change destination, and risk getting vectored west again. And now ATC is mad at you to boot. 4) Beg. Offer bribes. Threaten to call your uncle Vito. 5) Deal with it.

Sometimes you can talk your way through and negotiate something better (maybe half the time), but when the traffic volume is high, there’s not much even an accommodating controller can do.

Way Out There?
In AOPA’s online IFR FIX challenge for October 11, 2013, Dan Nemowitz discussed the challenges of flying the Battle Mountain KBAM VOR/DME RWY 3 approach. My question is why do you have to fly to FESUD fix and then to the VOR to hold rather than just fly directly to the VOR and climb during the hold to 10,000 feet? Thanks for your help in understanding this procedure.

Looking at the approach, but without digging out the TERPS manual and topo charts, an educated guess is terrain.

The protected airspace in a hold is variable with altitude, with its own primary and secondary areas, but it’s huge—much larger than that required for a simple course. Note the terrain to the northwest of the VOR. There’s some at 6000 feet and a peak over 8200 less than about 10 miles from the VOR. If you were to fly from RITYU to the VOR and hold at that point, you’d be as low as 6700 feet, almost certainly below the requirement of protected airspace for the hold. However, if you fly all the way out to FESUD and back, another 31.5 miles including the 180 turn, you’ve been able to climb another 6300 feet, allowing you to be at 13,000 feet worst case, with a required altitude on the missed of only 10,000.

A Modest Upgrade
Thank you for your thorough and informative article about minimum avionics needed to learn and fly IFR (October 2013, “What You Really Need”). As the owner of the Sundowner you cited, I have one other alternative to the very practical $4,000 upgrade you suggested.

For only an extra $121,000, I simply bought a Bonanza F33A. It made perfect economic sense to me, but it did take some effort to convince my wife, who somehow just seems to have different priorities.

Henry Fiorentini
Lincolnshire, Illinois
We read ‘em all and try to answer most e-mail, but it often can take a month or more. Please be sure to include your full name and location. Contact us at IFR@BelvoirPubs.com.