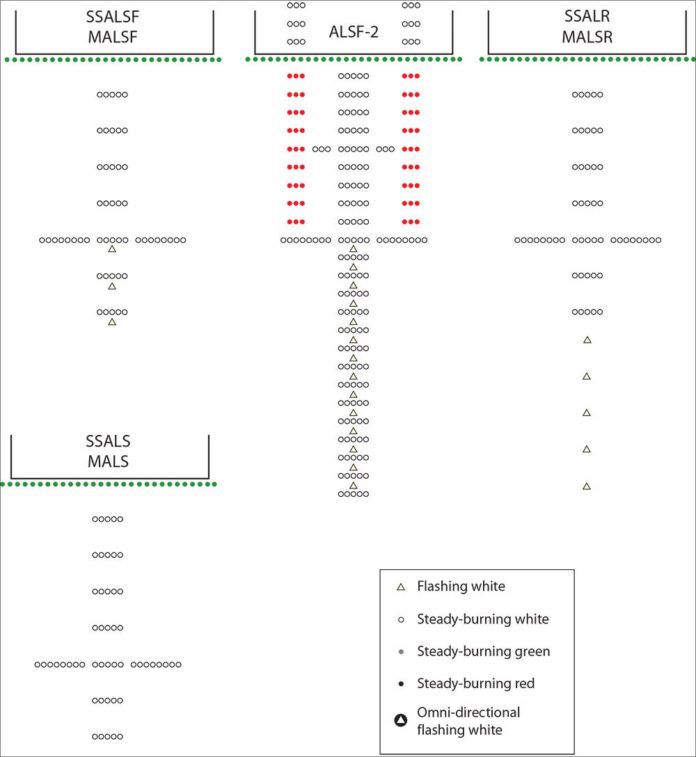 Stepdowns On the GPS?
Early on I learned that sinking below a critical altitude is one of the most difficult errors for me to correct. This has often left me wondering why altitude guidance from GPS navigators is so minimal. With WAAS it knows my altitude often better than my altimeter, and it can warn me when I’m too close to the ground. Why can’t it tell me when I’m about to bust a step-down altitude on an approach, or what altitude is next, or even what the MEA might be on the airway I’m flying?

That’s a good question, Lee, so we asked Garmin. They told us that it’s a feature they’ve long wanted to incorporate, but the nav-altitude data is incomplete in the database. While some is there, most is not. To implement the feature with an incomplete underlying database would be potentially dangerous.

Approach Light Secrets
Jeff Van West’s article on approach lighting in December, 2012, was terrific. I’m doing an IPC with a student tonight and that information is going to help a lot.

“Approach Light Secrets” was thought provoking and prompted me to dive into the AIM and the A/FD. Many of us are using AeroNav charts via various electronic offerings, and the smaller airport diagrams on the approach chart must rely on codes, A and A1 thru A5, instead of Jeppesen’s depiction of the actual lighting system.

While your article contained a great explanation of the various systems, the missing link is the decoder ring for the AeroNav codes. Not to worry, your informative article spurred me to create my own decoder ring by copying the diagrams from the AIM and the legend from the A/FD onto front and back of a single sheet of paper.
Keep up the good work.

Great idea, Bill. Thanks for the tip.

Your sidebar on cutoff angles in “Approach Light Secrets” illustrates a principle that is critical in search and rescue.

In 1957, I was searching for an overdue boat off Galveston, Texas. I just happened to look down from my side window and spotted them almost directly below. I never saw them from ahead and never would have—they went into my visual shadow before it was possible to see them.

In 1959 at Kodiak, Alaska, we searched for days for a Navy crew who had left Kodiak to hunt on a nearby island. We learned later that one of our aircraft flew right over them and never saw them. It was then that I began to explore the concept of the cutoff angle (We called it “shadow.”) as Jeff Van West explains in the sidebar, I learned how it was not only possible, but likely, we could fly directly over our search subject and never see them.

It took a while, but the Coast Guard later developed shadows for most search aircraft.

Habits
In the article on habits in the January issue, your suggestion that if a checklist is interrupted you return to some earlier point, may be impractical when the interruption comes at a critical phase of flight with high workload. As I have progressed to more complex airplanes and more advanced age I’ve gained an increased appreciation for how critical checklists are. But, it has always been difficult for me to keep my place in a checklist if I get interrupted.
My solution is to write on my checklist, placing, yes, a checkmark by each item as it is completed. When I get interrupted I know right where to resume by the last checkmark.

Arm Approach Mode?
What is the purpose of the note, “ARM APPROACH MODE PRIOR TO IAF” on the Porterville, California, GPS RWY 30 approach? Which IAFs are designated as needing this notation, and why?

You see this on approaches with IAFs over 30 NM from the airport. Those IAFs are identified with the inverse IAF notation. Normally a GPS will arm approach mode (switch from enroute CDI sensitivity to terminal sensitivity) at 30 NM straight line from the airport. Since these fixes are more than 30 miles, some GPSes might not know to switch CDI sensitivity at the fixes rather than waiting for 30 miles.

This note tells pilots to arm the approach mode before the fix so CDI sensitivity is consistent with the airspace requirements. As a side note, the TERPS obstacle evaluation area width doesn’t change until the 30 mile point, regardless of whether it’s on a terminal route or not.

Please send comments, suggestions, questions, criticisms and praise to IFR@BelvoirPubs.com. Be sure to include your location.