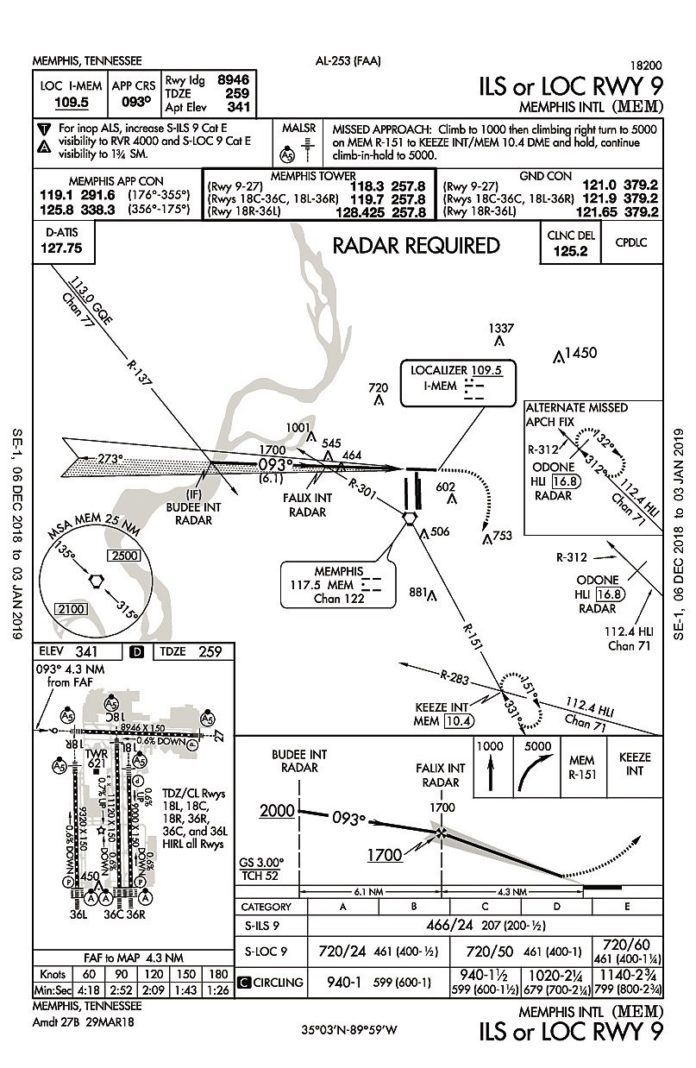 “Sorting Out ADS-B” (February 2019) was a good overview, but readers should be aware that with TIS-B (i.e. where the aircraft position data is derived from re-transmitting from a ground station), re-transmission will occur either because (i) one aircraft is 1090 ES-equipped, and the other is on 978 or (ii) the threat aircraft is not ADS-B-out-equipped.

In either case, the location information displayed (via TIS-B) will be 3 to 13 seconds old. In contrast, where both aircraft are comparably equipped (e.g. both have 978 or both have 1090) location data via ADS-B traffic is practically instantaneous (once per second). I refer you to AIM (section 4-5-8) for further information. 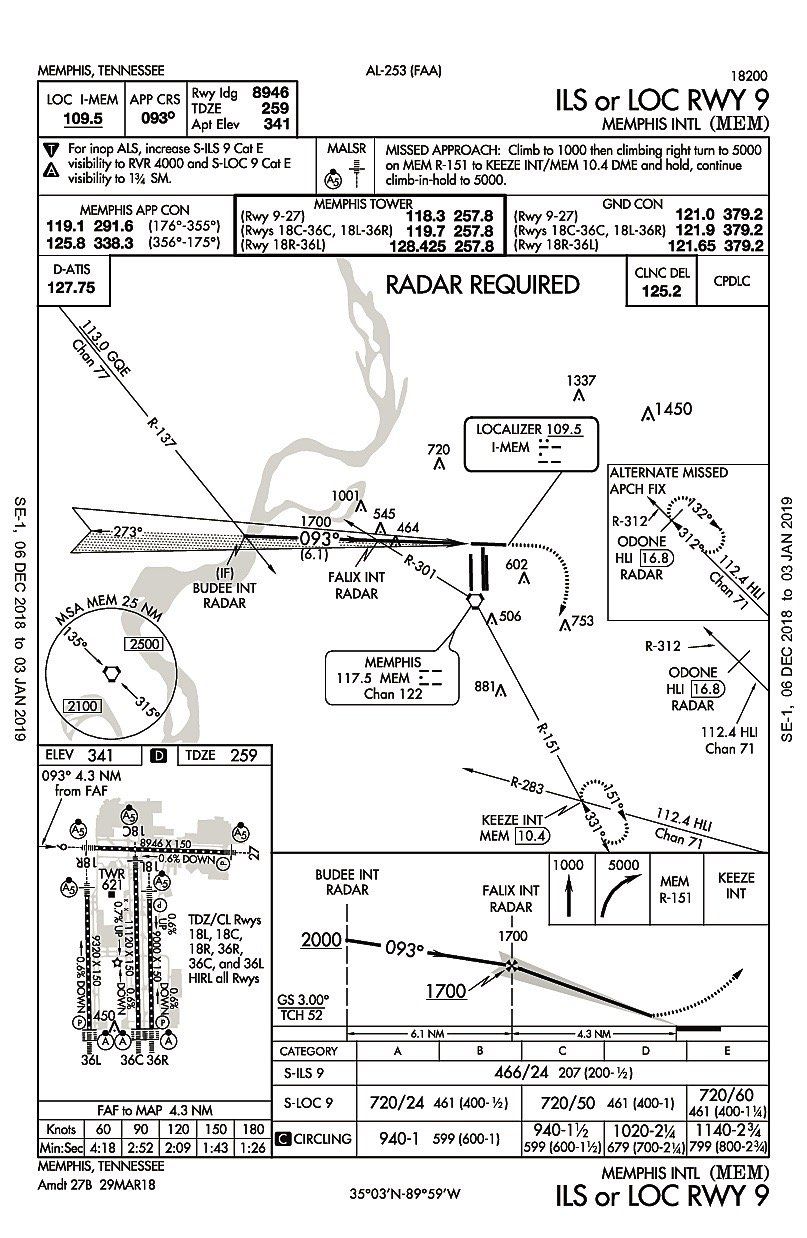 Thanks, Douglas. That was beyond the scope of that particular article. The purpose of that article was really just a rather basic intro. As mentioned in the first paragraphs, it was surprising to find out that most pilots don’t even understand the basics. The article’s purpose was to provide a simplified overview that would remove some of the mystique that is apparently still prevalent, and make ADS-B understandable and approachable. This was to help aircraft owners get started. Getting into the nuance of UAT or 1090 seemed unnecessarily complex for that introductory discussion.

I enjoyed the clinic in February that contrasted an ILS and an LPV, but the best choice there was driven by differences in minimums. What about if the minimums are the same, like both 200?

I understand some Cirrus instructors are telling pilots to always prefer LPVs. Not sure of the logic (I’m told “more reliable”), but as someone who has little WAAS time but lots of ILS time, it’s not an easy choice for me. What do you think?

Interesting question: LPV or ILS if you’ve got the same minimums. Also, like you, I’ve probably only got a few LPV approaches in my logbook, but literally hundreds of ILSes.Let’s dissect a few things. More reliable? Not sure that’s borne out in practice, but let’s take a look. On the ground, an ILS is separate LOC and GS transmitters and antennas. The airplane has two separate receivers and decoders, even though they might well be in the same box. GPS is a single receiver system for various satellites and WAAS ground station(s). Then, the “decoder” is nothing but math processing in the computer. So, in theory, there are more points of failure with the ILS, but I don’t think that produces meaningfully different reliability numbers in actual practice.My biggest concern would be interference. The military and various guv’mint agencies are constantly fiddling with GPS, either to disrupt the signal altogether or degrade accuracy. Yes, your navigator has built-in accuracy checking and won’t let you fly an LPV if it’s not getting a suitably accurate signal and position determination. But, in theory, to interfere with an ILS requires highly localized equipment, where interfering with GPS could be done across a wide area with but one transmitter. So, here, I’d give the advantage to the ILS.From a practical perspective, there’s usually more button pushing and device configuration with an ILS. You’ve got to switch nav sources, set the OBS, etc. With GPS you just keep on flying.What about the future? The FAA is heading toward an all-GPS system. The backup will be a limited number of ILS approaches. So, from that perspective, they see that the LPV approach is becoming primary with ILS as backup. But, perhaps that means we should fly the ILS whenever we can, just to make sure the equipment still works and we can still work it.There’s no right or wrong answer to your question. It’s interesting, though.I’ll probably keep flying an ILS whenever I can, if for the only reason being that it’s what I’m used to and I want to keep that ability. Anybody can fly a GPS approach, even to precision minimums. But then, I still have a working DME and ADF in my plane…Note that we further explored ILS vs. LPV in “Comparing LPV and ILS” in the June issue. —FB

What Fix Is That?

In Luca Bencini-Tibo’s excellent article “Overlay Approaches” in March, he wrote “I monitored the bearing pointer to confirm that I was on the 181-degree radial of KIMM.” I think he meant the radial of LBV (La Belle VOR/DME) to which nav #1 is tuned. Perhaps he used KIMM (the airport) in his GPS, but then that would be the 001-degree radial.

I love the article. It disambiguates GPS usage in lieu of a VOR or NDB on the final segment of approaches.

You’re correct, Ivo. It should have been LBV, not KIMM

But, May I Descend?

In the “Report Leaving” article in February, the approach clearance with a vector to FALIX did not include a descent. Many years ago, I was taught to stay at the last assigned altitude until established on a published route. In this case, I guesstimate that you would have only a couple of miles, at best, to lose 1300 feet after intercepting the localizer.

What is the best thing to do in this case? Should you go down to the MSA or ask for a lower altitude?

Here’s the scenario that was put forth in the article:

The clearance as written in the article is valid. In this scenario, the controller gave an altitude, 1700 feet. That’s possible because the Minimum Vectoring Altitude (MVA) would have to be that or lower in the airspace through which you’re being vectored. If it weren’t, the clearance you’d get would include some intermediate altitude restriction, such as, “. Turn left heading 110. Maintain 2500 until on a published segment of the approach. Cleared for the .”As it’s written in the article, once you’ve received that vector, you’re good down to 1700 feet, the on-glideslope altitude at FALIX. With the approach clearance, you’d then just fly the ILS.