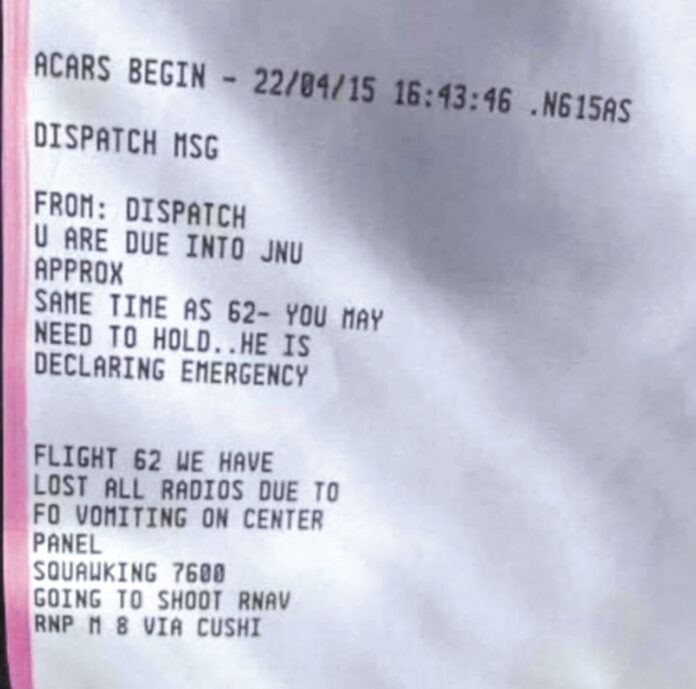 I was picking up my IFR clearance early one morning at Gillespie field in San Diego. While copying down my clearance when the tower had just opened, I thought I heard, “Cirrus N1234, Cleared KIWA via MBZ2 departure as filed … 4000, expect 11,000 two minutes after departure … “

I wish that I had a clever reply, but all I could do was chuckle.

I was flying a Lear with a callsign of Coyote going into Midland, Texas.

Me: “Fort Worth Center, Coyote 123, request EASYY for the straight-in Runway 28 in Midland.”

Center: “Coyote 123, contact Midland approach. Ya’ll take it easy. And thanks—haven’t had that much fun in a long time.”

Several years ago, my military flying club had a Navy Beechcraft T-34A Mentor, which my wife and I flew every chance we got. One of the many differences between civilian and most military aircraft is the audio system. Where most civilian intercoms feature a hot mic so that everyone can talk without pushing a button, military aircraft often do not. Want to talk to each other? Press the intercom button. In the T-34, that button was part of a rocker switch, with the com radio PTT on the top and the intercom on the bottom.

One day, we were at Spirit of St. Louis Airport, a suburban airport on the west side of St. Louis. I was about to contact Ground for taxi out instructions, when I heard a call from a biz jet, just exiting the runway.

Ground responded, in a most condescending tone of voice, “N12345, you just taxi that purty li’l jet of yours west on Alpha, then Alpha 1 to the ramp.”

My wife was offended by this male chauvinist response and wanted to tell me so. In her moment of irritation she pushed the wrong switch and said to everyone on Ground, “What’s with him? Does he think you need a penis to fly a plane?”

This was followed by radio silence.

We waited a few minutes before we asked for taxi instructions, and I made the call, not her.

A few years ago I was climbing in a Cirrus SR-20 through 11,000. Cleveland Center advised us of traffic: a Southwest 737, then gave the 737 the same, but told them “Traffic 8 o’clock, 10 miles, southeast bound, Cirrus, climbing very slow.”

The “very slow” was said in a long drawn out way.

ACARS is essentially an app that runs in some aircraft that allows texting between the aircraft and their dispatch. This message has been making the rounds on the Internet. I pulled it off Reddit.