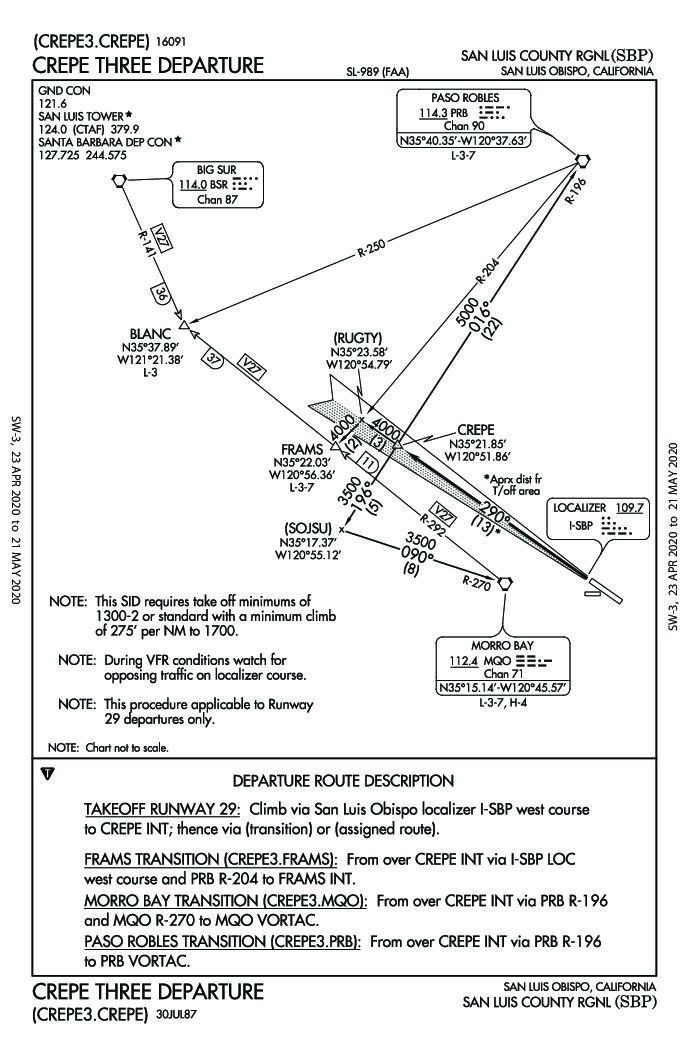 Visiting wineries has become a bit of a hobby of yours, and a perfect excuse to load up your Piper Malibu Mirage to make weekend getaways in the sometimes-remote places wineries seem to proliferate. You’ve exhausted most of what Northern California has to offer, so you’re now exploring further down the coast.

You skipped out of work a little early on Friday to fly to San Luis Obispo (KSBP) for the weekend, arriving in time to start sampling some of the area’s wines with dinner. The locals call it SLO town, but your weekend plans were anything but slow. Aviation was far from the forefront of your mind as you kept to a busy schedule of winery visits and more fine dining. Since winery visits and flying aren’t the best pairing, you planned an early departure Monday morning to head home and allow you to be back at work just a bit before lunch time. If you bring your boss a nice bottle of wine, he’s usually cool with that.

The California coast is infamous for its relentless marine layer, a dense fog brought in by the heat from California’s Central Valley drawing moist air off the ocean that, as it cools, universally coalesces as fog from a little offshore to a few miles inland. Today is a perfect example, with visibility of about a mile and the indefinite ceiling down almost on the deck. The good news is that you should be on top by a few thousand feet and then blue skies the rest of the way home. At least you hope that will be the case.

The northwesterly winds are favoring Runway 29, so ATC has assigned you the CREPE THREE Departure with the FRAMS transition, then up the coast to Big Sur that, if the fog ever dissipates, should offer some breathtaking views to start your week. A quick look at the departure makes you realize that you’ll have your hands full shortly after departure, but with a little care you should be able to handle it. However, after takeoff, nothing seems to be going according to plan and it turns out “able to handle it” is not a very accurate description of the state of things. Can you get this departure straightened out?