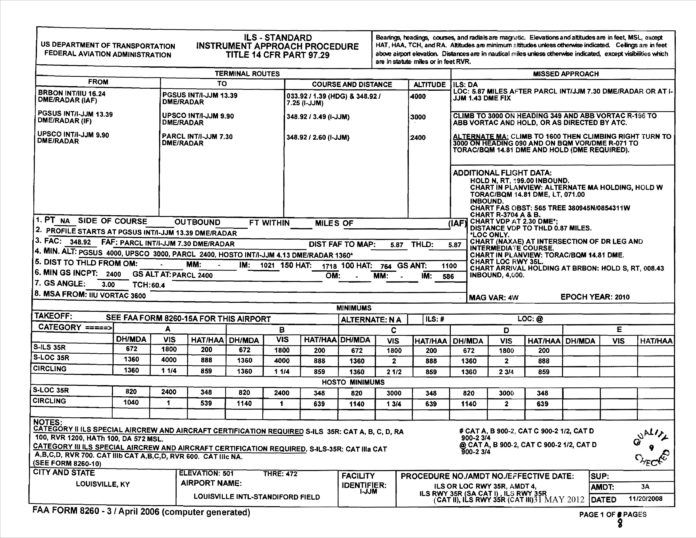 It’s true. You really don’t have the whole picture, by design. Alternate missed approach fixes have been sneaking onto approach charts for a while, but you won’t easily find a way to use them. It’s even difficult to find out when you would use those alternate holding patterns.

To avoid potential confusion among pilots, it was decided early on that these procedures should not be depicted on approach charts. The reason being that if two different missed approach procedures were shown, invariably you would have a pilot fly the wrong one at an inopportune time. The alternate missed approach holding pattern is shown to aid situational awareness when the alternate procedure is in use.

At first glance, there might seem to be no logical correlation between having a missed approach and final approach that rely on different navaids and the need for an additional missed approach procedure. However, digging a little deeper reveals some insight into the relationship between ATC and IFR flying.

How it’s Supposed to Work
At airports with good radar coverage, it’s rare to make it all the way to the published missed hold before getting vectors. As long as you are within 40 nm of the radar antenna and they have identified you on radar and can keep you clear of obstacles, controllers can issue radar vectors to you before you reach their minimum vectoring altitude.

Since they aren’t on your approach charts, you’ll need to receive the alternate missed approach instructions either verbally from ATC or as an FDC NOTAM. This is another reason to read FDC NOTAMs, since ATC isn’t required to repeat them to you. You don’t want to start flying the primary missed, only to find the VOR you need is out of service as you fly into no-man’s-land.
Alternate missed procedures published in FDC NOTAMs replace the primary instructions as a mandatory part of the procedure and can require equipment not needed for the approach.

Finally, when assigned an alternate missed approach procedure, keep in mind that your GPS won’t know a thing about it, and that you probably can’t pre-program it. (Missed approaches often use leg types that typically can’t be manually entered into your GPS flight plan.) If you need to miss, being spring loaded to follow the magenta line could get you into trouble, since the magenta line will be taking you along the wrong missed approach track. Even when you do everything right, that fact alone can certainly be disorienting.
Lee Smith, ATP/CFII, is an aviation consultant, flight instructor and charter pilot in Northern Virginia.