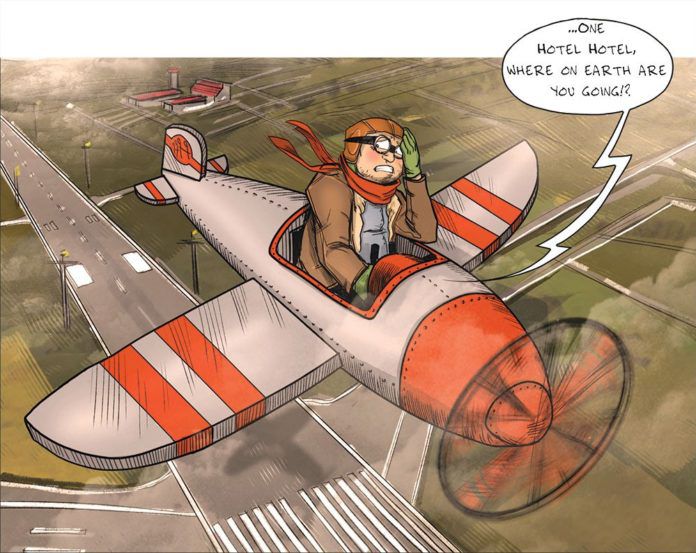 Instrument flight rules are spelled out in meticulous detail, and we yet still uncover ambiguity day after day. Unfortunately, some people seem to seek out ever more.

I started flying in 1963 at the Air Force ROTC program at Indiana University. This put me in the interesting position of studying the writings of both the Air Force and the five-year-old FAA. Poor writing was rampant. In fact, the highest grade my instructors would give these writings was a D.
Almost 50 years later (gasp), some texts aren’t much better. The situation deteriorates even further when pilots argue what is “legal” or “illegal” by mixing and matching lousy sentences selected out of context.

It’s one thing when this happens over beers in front of the campfire or local sports-bar screen, fabricating fictions from poorly phrased facts. But it’s something else when it’s a best-intensioned FAA representative telling pilots they’ve had it all wrong. We’ve had examiners requiring IFR applicants to time all ILSs. We have inspectors with no understanding of TERPs saying you can’t apply any drift correction on a departure.

And now we have an examiner (won’t mention names, but IFR magazine was contacted directly) saying you have to stay on published routes and altitudes when cleared for the visual approach.

The Beef
The common understanding is that, simply put, the pilot accepting a visual approach clearance retains the IFR status, stays out of the clouds and promises to not hit the ground or another aircraft. That pilot stops looking at the approach plate for lines in the sky and proceeds to the airport.

The argument put forth by this inspector—and this is a highly experienced pilot who I’m sure has everyone’s best interest in mind—is this is wrong. The argument goes like this:

The conclusion drawn by this individual is that, because the pilot is still under IFR and on an instrument procedure, the restrictions of 91.175 (Takeoff and Landing under IFR) still apply. You probably got blue in the face with the first part of this reg, about seeing the paint, pavement or lights, but you might not be so sweet on paragraph (i) Operations on unpublished routes and use of radar in instrument approach procedures. It says:

“When operating on an unpublished route or while being radar vectored, the pilot, when an approach clearance is received, shall, in addition to complying with 91.177, maintain the last altitude assigned to that pilot until the aircraft is established on a segment of a published route or instrument approach procedure unless a different altitude is assigned by ATC.”

Can’t Possibly Be Right
Check out the Honolulu ATIS almost any day and you’ll get a different picture. The ATIS will say the visual is in use and pilots must tell approach if something else is desired.

Aircraft from the mainland cross Koko Head at an assigned altitude down low and depart Koko Head on a heading that is essentially a downwind for Runway 8.

Once the pilot reports Honolulu in sight, the controller clears the aircraft on the visual to 1500 feet (jet pattern altitude) and a handoff to Tower soon follows, with landing clearance as the aircraft turns base well inside the FAF for any approaches to Runway 8.

An inspector expecting aircraft to fly to the FAF better take at least 10 pads of violation tickets on his Hawaiian vacation to cover all the aircraft that land without looking at the approach plate or flying any segments of an approach. And even with no inspector, you wouldn’t want the tongue-lashing or worse you’d get if Honolulu Approach cleared you for the visual and you flew out to the FAF!

Too Obvious To Spell Out?
Maybe the writers of 91.175 get a D in technical writing, or maybe they just missed a line. Notice the statement in 91.175(a) excluding the military. Good technical writing would also exclude the visual and contact approaches.
Or maybe they should have just read the next line in the Pilot-Controller Glossary with ICAO’s definition: “VISUAL APPROACH [ICAO]- An approach by an IFR flight when either part or all of an instrument approach procedure is not completed and the approach is executed in visual reference to terrain.” Here at least someone said you don’t need to complete the approach!

Part 91.175 was meant to apply to instrument approaches formulated under Part 97, and the promulgations in TERPs, and are published in various 8260-X forms. These approaches are designed with small, trapezoidal, rectangular or other-shaped areas with minimum required obstacle clearance values to establish a minimum MSL height to guide the pilot.

Your conduct of the visual may not even pass through these small areas. You may even perform a visual approach to an airport and land on a runway that has no published instrument approach at all. Of course, there could also be some pitfalls in the execution of the visual—especially at night or to airports with multiple, parallel runways.

The visual can be so advantageous that a chart may be produced to coordinate the route inbound of a large number of visual-approach arrivals and even specify weather minimums greater than the basic VFR.

There is also a belief that the visual approach does not have a missed approach capability. Again, don’t believe it’s fact just because someone didn’t spell it out in FAR-sized type.

If someone “crumped” on the only runway and you couldn’t land off a visual, you could fly over the airport (the weather has to be that good to get a visual in the first place) and from that position perform any of the published missed approach procedures or ODPs. You’d tell Tower, or if there is no tower, you’d be the only IFR aircraft there and check back in with ATC just as you would have for a published missed in poor weather.

Room For Common Sense
Lesson learned here: Don’t blindly believe everything you hear even if the source has a federal ID, and don’t play mix and match with FARs and AIM paragraphs unless you want to tie yourself up in knots. And don’t let bad technical writing trump common sense.

Old Dog’s suggestion for the visual: Keep outside vigilance to the maximum—stop your typing and button-pushing in the cockpit! Fly the aircraft and concentrate on the landing environment and your approach angle. Your reward will be in gas saved.

Rote Interpretation Can Kill—and make new regs
In 1974, following my “assignment” in the most infamous of Hilton Hotels (the one in Hanoi), I attended the USAF Instrument Pilot Instructor School to regain some flying knowledge. One of our concerns was the way we teach. Many test questions were just pulled from the text to stand alone and made a true or false choice.

One of these questions was on the annual instrument written test: “Once approach clearance has been received, you may descend to the FAF altitude.” Notice that this text originally was in the context of being radar vectored and the author assumed that the descent should be accomplished close to the FAF while in the intermediate segment.

But the rote memorization to gain a passing grade (kind of like studying for the ATP) was the way of the day. Hearing “cleared approach” meant descending to the FAF altitude. This same question was always asked on a ground evaluation, also. Come December of that same year, ex-Air Force pilots drove Flight 514 right into a mountain.

Listen to the cockpit recorder tapes and you’ll hear the pilots discussing using the FAF altitude following the approach clearance as the captain descended.
Due to this flight’s “o’dark thirty” arrival and low traffic, the controller cleared them on a shortcut off airway and then issued the approach clearance because they were number one. Once off an airway, the crew should have followed FAR 91.177 to ensure they were 1000 over terrain until on a published segment. Next time you get on an airliner, ask them to show you the crew’s terrain maps.

It also begat USAF Flight Crew Information File 108, which was to open up the USAF Instrument Manual 51-37, go to page 15-15 and line through the sentence, “Once approach clearance has been received, you may descend to the FAF altitude.” —D.B.