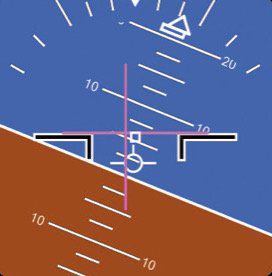 Finding an autopilot in a piston GA airplane 50 years ago was rare. Now, while not (yet?) ubiquitous, autopilots are a near necessity for serious instrument flight. Thus, we’re seeing autopilots in more and more of our aircraft, allowing us to focus our attention at higher levels of thinking. But, just like our magic wonder boxes, proper autopilot use requires some understanding of what’s happening behind the scenes.

The things we call autopilots range from devices that will simply keep the wings level all the way to something that’ll follow your navigator for the entire flight, even to the point of keeping you away from the edges of the aeronautical envelope—or, if you get too close to those edges, return you to a safe attitude at the press of a button.

Remember the three axis of control from ground school? Autopilots can control any of those axes. The simplest is the roll axis. As you’d expect, an autopilot that only controls the roll axis can keep the wings level at the simplest, or can possibly be coupled to keep you headed where you want, but it can do so only by working the ailerons.

Older M20 Mooneys came with a wing leveler (roll-axis autopilot) made by Brittain as standard equipment. In fact, the wing leveler was always on unless you held a button on the yoke to disconnect it. (Incidentally, once popular in GA, Brittain faded from the scene a few decades ago, but remained in business, supporting its many installations, until just a few months ago.)

As capability increases, pitch-axis (elevator) control is added. At the simplest, this allows the autopilot to maintain altitude, but pitch control can be further managed for tracking, such as on a glideslope, or to capture a preselected altitude on a climb or descent.

Perhaps surprisingly, most popular single-engine autopilots today stop there, only controlling the pitch and roll axes. Autopilots that add the yaw axis (rudder) typically only do so with an optional “yaw damper.”

Just as you can fly the typical modern single-engine airplane without the rudder, so can the autopilot. Only aircraft with a tendency for the tail to wander—such as many twins and some V-tails—benefit from a yaw damper.

At the more economical end of autopilots there’s long been a debate. Turn gyros (turn and bank, turn coordinator) are simpler devices than attitude gyros. Thus, it’s easier—and cheaper—for an autopilot to take information from that turn gyro than to get roll from an attitude gyro. As you might expect, there are pros and cons to each approach.

As you enter a bank, the attitude indicator shows it immediately, but it takes a moment for a turn to show on the turn gyro. Try it. You don’t even have to look at the instruments. Sharply roll into, say, about a 30-degree bank. Your nose is most likely still pointing in the same direction it was before the roll. Then, the plane starts to turn. This is why it’s more difficult to maintain a heading on instruments without an attitude gyro, just using the turn gyro.

Rate-based gyros only see what’s happening on the turn gyro, but attitude-based autopilots react to roll in the attitude gyro. In practice and in smaller airplanes, the differences aren’t very apparent. Probably the Queen Mother of all rate-based autopilots is the S-Tec 55X that took that genre to its peak. However, with the improved precision possible in an attitude-based system, you’re more likely to see them as aircraft or autopilot sophistication increases.

Unless you have only a simple wing leveler, your autopilot will have modes to tell it what sources you want it to follow.

While a two-axis autopilot can control roll and pitch, it takes additional circuitry to couple the roll so it steers as desired, or the pitch to desired altitude behavior. Modes allow you to select this coupling. Of course, not all autopilots are coupled to all sources.

There are roll (or lateral or horizontal) modes and pitch (or vertical) modes. Other than on/off for a wing leveler, the simplest roll mode is heading that tells the autopilot to track your heading bug, but there are some subtleties.

Say your autopilot is on a heading of 270. ATC tells you, “Turn right—long way around—heading 180.” If you turn your heading bug to the left to 180, all autopilots will just turn left. Knowing this, you turn the heading bug all the way around to the right, from 270 to 180. The airplane begins a right turn. But, as you turn the bug past 090 degrees on your way to 180, the airplane levels and reverses to go to the left. “What the…?”

Some autopilots continue a turn in the direction you moved the heading bug, regardless of where the bug ends up. Others are always looking at the bug and turn in the shortest direction. For these, you’ve got to either turn the heading bug slowly enough that it’ll never exceed 180 degrees in the desired direction, or move it in steps. Know your autopilot.

NAV mode tells the autopilot to track your navigation source—originally just a VOR/LOC, but we’ll get back to that—to keep the CDI centered. Doing so, however, involves a bit more sophistication. Say you’re manually flying along on a heading of 130, but you’re doing so to intercept the 100-degree radial (outbound) from a nearby VOR. You’ve selected 100 on the OBS and as the CDI comes off the peg, you decide to let George handle it. So you select NAV mode.

More capable autopilots offer a mode that allows you to continue the selected heading until intercepting the desired course. Again, know your autopilot.

But, say there’s a sudden north wind. As soon as the autopilot sees the centered CDI drifting left, it corrects with a bit of a left heading, and the process repeats. Eventually, the autopilot “figures out” the crosswind and flies the heading needed to keep the CDI centered, exactly as you did when you trained for your private certificate.

Localizer or approach modes are the same, but with increased sensitivity so the autopilot works harder to keep the CDI centered.

But, this brings up an interesting oddity. Say you’re flying an ILS. You’ve intercepted the final approach course using GPS way outside of the final approach fix. You’ve got a strong 90-degree crosswind. The GPS CDI is centered because the autopilot has “learned” that wind and corrected for it. Then, as you approach the FAF, you switch to the LOC as the CDI source and the wind immediately drifts you off course. The autopilot corrects and, after relearning that same wind, is able to keep the CDI centered again. Many autopilots have to relearn the wind for every change in navigation source.

The vertical equivalent of a simple wing leveler is an autopilot that will only hold the current altitude—it adjusts pitch to hold the altitude at which it was engaged. Better two-axis autopilots offer altitude preselect. Set the desired altitude, begin a climb or descent (or command one on the autopilot), arm the selected altitude and when it is reached, the autopilot engages altitude hold.

Autopilots with pitch-axis control beyond altitude hold provide some means of selecting a rate of climb/descent. It might be as simple (and common) as a thumbwheel or up/down buttons to change pitch. Or, it could be additional modes to fly a selected vertical speed or to hold a given airspeed. Be careful here, though. Will your autopilot protect the envelope if following that airspeed or vertical speed isn’t possible?

Autopilots that can track a glideslope might have a “go-around” mode. At the simplest, there’s a Go-Around button that you push to engage go-around mode. The autopilot then commands a pitch up on the flight director. (See sidebar.) Many autopilots will disconnect, but some will remain engaged, expecting you to manage power to allow the autopilot to climb on the missed. Of course, there might be no course for the autopilot to fly on the missed beyond continuing on the final approach course, so you’ll need to assure the autopilot has something to follow and the right mode to follow it.

GPS steering, GPSS, is a lateral mode only directly present in newer autopilots, or with an adapter for older autopilots. It’s similar to navigation mode that tracks a VOR, but it tracks the GPS.

If you’re flying VORs alone, it’s unlikely you can manage a course change precisely enough to roll out exactly on centerline. GPS, though, does, and with GPS steering it imparts this information to your autopilot.

Newer autopilots usually have GPSS, even just automatically using it in NAV mode if there’s a GPS input instead of VOR. Without GPSS you can still use navigation mode, as with VORs, and manually anticipate course changes. However, outboard GPSS adapters are available, and your retrofit EFIS (Aspen, Garmin G500, etc.) has one built in. They all work essentially the same.

To use GPSS in this manner you’ll set the autopilot lateral mode to heading. The adapter—separate or in your EFIS—accepts the GPS signals and outputs heading commands that follow the GPS-calculated track through a course change, a procedure turn, or even around a hold. The only catch is that there’s usually a switch that allows you to swap the autopilot’s heading input between your heading bug and the GPSS adapter. That switch might be outboard or built in to the adapter.

No, we’re not talking about the chief pilot, or even your spouse. We’re talking about a subsystem common in more capable autopilots that shows you what the autopilot wants to do.

If you were to envision a conceptual block diagram of a capable autopilot, you might have but two blocks. One would be the computer that accepts the inputs (heading bug, VOR, GPS, etc.), has buttons for the desired modes, and then figures out what the airplane needs to do to track as selected. The other block receives those commands from the computer and implements them using drivers and servos to move the actual flight controls.

There are two common types of command bars. The original (split-que) is essentially crosshairs where you pitch to maintain the horizontal bar on the aircraft representation, and roll to center the vertical bar. Later, the single-cue V-bar was developed that was more intuitive, requiring the pilot to merely nestle the stylized aircraft representation into the inverted V-bars. In both cases, though, if a pilot faithfully follows the command bars, s/he will be doing exactly what the autopilot would do if it were engaged.

This article just covered the basics of autopilot capabilities and how they work. In a follow-on article, we’ll discuss some tips and techniques on using your autopilot. Finally, we’ll wrap up this short series with a look at the industry’s newest fully-capable GA autopilots, Garmin’s GFC 600 and Genesis Aerosystems’ S-Tec 3100 with some demanding in-flight trials.