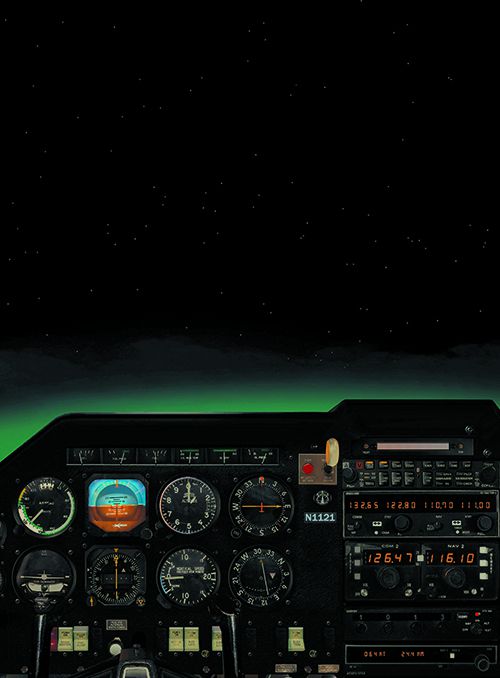 Until very recently you had been on your way to Roswell, New Mexico for completely benign reasons, like meeting a long lost cousin. Yeah, that was it. Certainly not to follow up on a lead from someone who really knows what happened that night. No, definitely not that.

You recently acquired a Mooney 201 (M20J), which you’re flying from your home base in Abilene, Texas. The plane is in good shape, but the previous owner put all his money into paint and cosmetics, and pretty much ignored the panel. You’ve been saving to add a GPS, using your tablet in the meantime. At least you’ve got dual navcoms and a working DME.

You’re about 50 miles east, contemplating an approach to minimums in gusty wind at Roswell, when Albuquerque Center vaguely advises that Roswell has some issues from a couple weather balloons interacting with swamp gas (yeah, in the desert). “The airport is closed. Say intentions.” There are few options out here, so you advise ATC that you want to divert to Ruidoso, about 50 miles further west.

ATC responds with “cleared to Sierra Blanca Regional via direct REYOK, direct.” You often wonder if they ever bother to check your equipment code because you always get these impossible clearances. You tell ATC that without GPS you are unable direct REYOK and they respond with Chisum VOR (CHE) then REYOK. Okay, that’ll work.

It’s getting dark and as you pass over Roswell, you see some peculiar lights illuminating the area. You can also hear Albuquerque Center begin to vector several military aircraft on UHF. You can only hear half of the conversation, but clearly something is amiss and they want to keep you in the dark.

But that will need to wait since it’s time you focused on the upcoming approach. ASOS is scratchy but readable: winds 220@15G22, wind variable 180 to 240, 300 overcast, 16/10, 29.81. ATC clears you to “cross REYOK at or above 11,000, cleared for the ILS/DME Runway 24 approach.” That strong southwest wind seems to be even stronger up here. Can you pull off this approach before
winding up with an otherworldly experience (one way or another)? 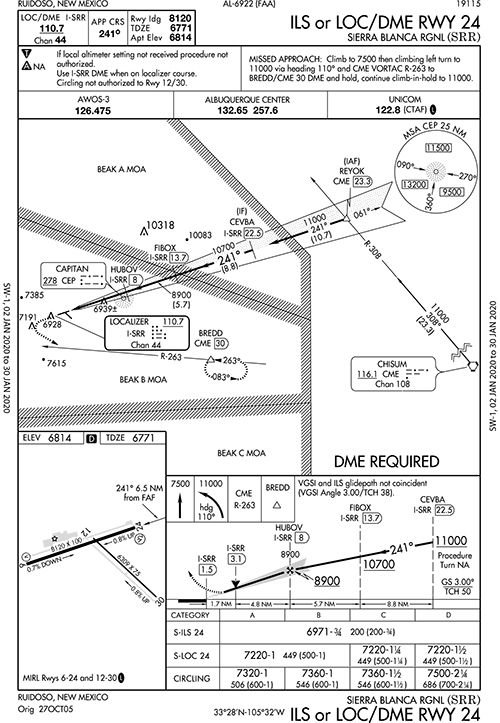