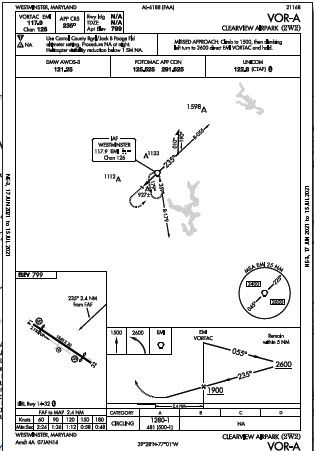 One friend of mine is a former Navy pilot who flew S-3 Vikings off carriers and commanded P-3 Orions. Despite such experience his transition to civilian light GA was full of new experiences—like mixture controls. He texted me one day thrilled over a bit of old school buried in the glass-panel display options. “This thing has an RMI! It’s like coming home again.”

What he was talking about were the bearing pointers, which are for glass panels what a radio magnetic indicator (RMI) is for steam-gauge cockpits. The RMI combines a heading indicator with a needle that simply points to the station. They’re like an ADF except they point to a VOR location on the ground. The bearing pointer puts that needle on the HSI of your glass panel. So, you have the primary left/right indication of a CDI, plus up to two arrows that point to a selected station. Bonus is that you can point to a VOR or a GPS waypoint, because everything flies by GPS these days.

Well, except you in this challenge.

Bearing pointers are wonderful tools for situational awareness when your position isn’t plotted down to the pixel on a moving map. Pilots flying glass don’t need this until the GPS goes out, at which point it could be a life saver. We suggest upping the ante by loading an airplane that has a glass panel capable of showing two bearing pointers on the HSI and only using those—no CDI at all. Leave the primary CDI set for GPS. To show bearing pointers on a G1000 (for real and most sims) push the PFD softkey and then BRG1 and BRG2. That should show a single-line needle pointing to VOR 1 and a double-line needle pointing to VOR 2.

This is also where you can turn on or off the DME display. Leave it off for now. You’ll need it later though.

Now fail the GPS signal. In X-Plane, this would be Instruments > Navigation > GPS1 and GPS2. Don’t fail GIA 1 and GIA 2. That’ll kill GPS, Nav, and Com altogether. Your sim might vary on this setup. Do your best. (You can fly this challenge with steam gauges. Use an RMI for at least one of your VORs if you can.) Also disable the connection between your iPad and your sim (just turn it off in “Devices” if you’re using ForeFlight).

Finally, use realworld weather. This is essential because winds that shift during the flight is a must. Preferably, do this on a day when it’s windy in the mid- Atlantic, because you’ll start on the ramp at Gaithersburg, MD (KGAI). That means you’ll need a “hood view” in the sim that’s zoomed into the panel so you can’t see outside until reaching the missed approach point. The airplane type is your choice; faster equals trickier in this game. There’s no PilotEdge option this far east but make a habit of tuning frequencies anyway. 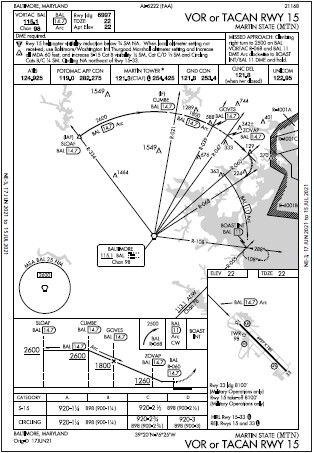 Depart KGAI as appropriate for a non-turbine aircraft and head direct to the Westminster VOR (EMI) when that’s appropriate. Hold that course to the VOR using one of your bearing pointers. Climb and maintain 5000. Keep track of your position and approximate distance from EMI using the second bearing pointer.

Five miles from EMI, you’re cleared for the VOR-A approach to Clearview Airpark (2W2), and to cross the VOR at or above 3500. Be sure to brief this in advance. You’ll fly it with only the two bearing pointers. No vertical guidance and no DME.

At the MAP, pause the sim and switch to an outside view to see how close you were to overhead the airport. Switch back to your panel view, continue and fly the published missed. Do as many laps as it takes to nail a good track on R-179 and one minute inbound.

Now turn on DME. Join V268 southeast to SLOAF, the IAF for the infamous Martin State (KMTN) VOR or TACAN Rwy 15. It’s a DME arc all the way to the MAP. Even the missed approach is another arc. Remember, the key to an arc is flying perpendicular to your radial. Miss and hold at BOAST (which you get to do for flying a famous approach). For added challenge, hold there without DME. 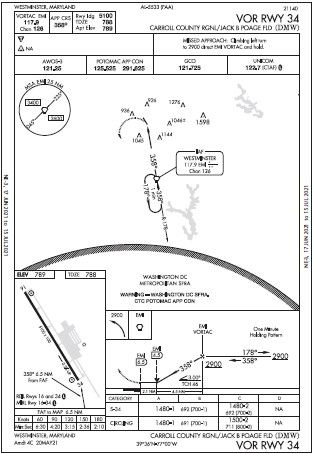 Disable DME again, join V214 to Baltimore (BAL) and V268 back to EMI. Climb and maintain 4000. Cross EMI at 4000 for the VOR Rwy 34 at Carrol County (KDMW). Fly to the MAP before looking up to make a landing on the runway of your choice.

Enjoy the right to nod knowingly when some old Navy pilot says, “In my day…” Or perhaps just to prove that you still have what it takes.