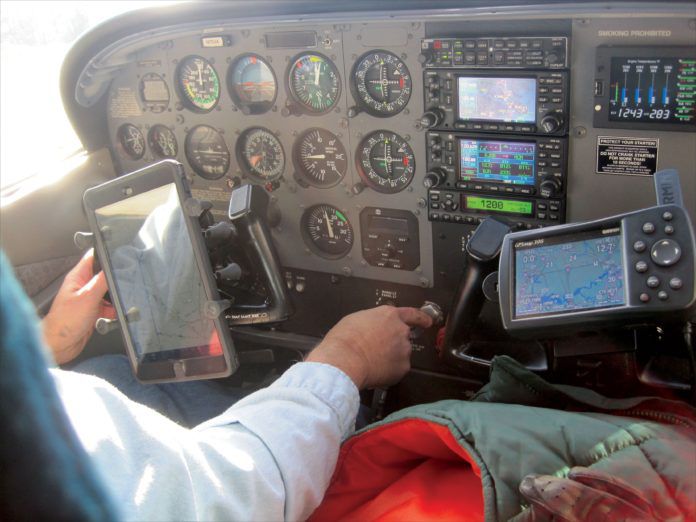 I made up my mind to sell my house at that fancy Florida fly-in community the day a joker from the homeowners association scoffed at my Skyhawk and asked, “You flew all the way from Chicago in that thing?”

Let’s face it, 172 drivers don’t get a lot of respect. But you don’t need a complex retractable with full glass and all the toys to get utility out of a private airplane. Because of the vagaries of airline travel, even a lowly ‘hawk can provide reliable transportation that delivers you to all but the most remote destinations in comparable time, with a lot more fun. My ride may not be as sexy as a P-Baron, but with the money I save on operating and maintenance costs I can afford to stay at the Ritz when I arrive.

Basic Reliability
Good planning and some basic equipment are all you need to extract a lot of use from your basic, fixed gear plane. My 1998 172R doesn’t have a glass panel. It has no radar and no de-ice.

But in more than 1200 hours of flying over the past eight years, our airplane has safely transported us from Williamsburg, Va. to destinations as diverse as Key West, Fla. and Moab, Utah. We’ve tackled icing, skirted thunderstorms, mixed it up with jets at major airports, shot ILS approaches to minimums and attended fly-ins on grass strips, all with equal aplomb.

We’ve had only two trips interrupted by minor mechanical problems. We’ve occasionally chosen to delay our departure by a day, or come home a day early. But we’ve never been stuck enroute due to weather. Nor have we ever felt we were in danger. It’s all about respecting your limitations and coming up with a solid Plan B…and C. And occasionally a D.

The major challenges we encounter fall into the familiar categories: thunderstorms, ice, heavy winds and restricted visibilities or low ceilings. These can be a challenge for the big boys too, as the crashes of Air France 447 in the south Atlantic and the Colgan Air commuter in Buffalo tragically demonstrated.

Today’s portable technology gives my 172 most of the weather avoidance information available to more sophisticated ships. I do lack the ability to fly high and fast or through ice, and limited range reduces options in strong headwinds. But that simply becomes part of the pre- and in-flight planning exercise.

N70JA began life as an Embry-Riddle trainer. Embry upgraded it to a 180HP version with a new prop and tach. When I bought it in 2005 I put in a Garmin suite including twin 430s (no WAAS), a transponder and audio panel, along with an S-Tec single-axis autopilot with GPSS steering. I subsequently purchased a Garmin 396 for datalink weather and enroute entertainment.
In the last year I clamped an iPad on my control wheel with ForeFlight and geo-referenced charts. My tablet is all I need on a trip—I can brief weather, plan and file, keep track enroute and have a book to read at my destination. I don’t carry any paper; my iPhone provides navigational backup.

I have worked over the past decade to fly often and get experience in manageable doses, incrementally moving my flights up the difficulty scale as I became more comfortable.

Personal Minimums
I took the advice of seasoned writers like Richard Collins who said it never hurts to go take a look, as long as you have a surefire exit. John and Martha King taught me to develop personal minimums. One IFR author taught me to put together a personal operations manual with specific procedures for every phase of flight, and just like airline pilots, I never deviate.

One of my rules is to land without question if my gauges show me down to two hours of fuel with my destination more than an hour ahead. We once landed outside Charlotte, N.C. at a field that was precisely 1:05 from my intended destination in Greenville, S.C., because we had but two hours of fuel.
My personal minimum for ceilings on departure is 500 feet if I have passengers on board. When it’s just me, I may cut that back a few hundred feet if I’m launching from a familiar airport surrounded by level terrain.

I use datalink weather for strategic planning information, not as a tactical guide through convective weather. I don’t know why everybody rags on New York controllers. I’ve always found them accommodating, allowing me to overfly JFK on an icy day at 3000 feet—the wrong altitude for my direction—so I could stay below the cloud layers.

Finally, if there’s a crosswind blowing at more than 18 knots, I pick a landing field that’s wide and long.

The Real World
Here’s how it all came together on a recent winter trip to New Orleans for a business meeting in February.

The forecast listed a fast-moving cold front to pass through by midday on my planned departure day. I decided to leave after work the evening before and overnight in Columbia, S.C., with an early morning start to beat the cold front.

By the time we arrived at the field the next morning, it was obvious the front was arriving sooner than forecast. Cloudy skies were spritzing light rain showers, and the XM picture showed heavier weather further west. But it was also clear weather just 50 miles west of the line, all the way to the Mississippi.
Since there were dozens of airports available for a diversion to the south, we launched. The plan was to use XM to steer clear of heavy weather, then land somewhere and wait it out if the heavy precip returns got any closer than 35 miles.

We were in and out of IMC in below freezing weather at 4,000 feet, and snow was blowing. Augusta approach obligingly let me drop down to 3,000 to warmer temperatures, cheerfully confirming our weather picture and providing vectors as needed around the darker returns.

That front was moving faster than a Walmart shopper on Black Friday, and while the wings were clear the snow was sticking to my tires and making my wife nervous. We shot the GPS 13 approach at Kaolin, Ga., refueled, and got lunch. A short nap later, the skies were clearing—and the wind was blowing.
Enroute to our next fuel stop in Alabama, moderate turbulence was knocking us around, making me work to hold altitude. Ground stations were reporting winds averaging 23 knots, with gusts of up to 30. That’s when I brought up Plan D.

Scrolling through the ForeFlight directory, I diverted our fuel stop to Auburn for two reasons: It has long, wide intersecting runways that would significantly reduce the crosswind component on landing and takeoff. And it had a fancy new terminal with rental cars and plenty of nearby hotels, in case we decided we’d had enough. Always game, my wife voted to continue to New Orleans.

Coming home, another cold front was aiming at the mid-Atlantic by late afternoon. We slept in and took advantage of a generous tailwind to fly all the way to a refueling stop in Green County, Ga. There we would have a late lunch, nap some more, and depart in the evening, when the weather further north was forecast to improve.

And that’s when the first of those mechanicals hit me. As I was checking the oil level prior to takeoff, the spring that retains the oil filler door broke, leaving the door flapping in the wind.

With the mechanics gone for the day, we took a rental car to the nearest Hampton Inn, opting to fix he door early next morning. And that’s when I added another requirement to my flight planning list. I now plan overnight stops only at airports with an on-field mechanic and rental cars. That served me well months later, when the starter gave up the ghost in Flagler, Fla., 250 miles from my ultimate destination in Miami.

Safety Planning
I have several no-go items for long IFR flights: The 396 is atop the list, unless the synoptic picture guarantees near-perfect conditions.

The autopilot is another, any time I’m planning a trip of more than 300 miles in poor weather. Single-pilot IFR is demanding enough without a helper to do the heavy lifting to let me stay sharp on those nine-hour days. I use the autopilot on all my approaches and serve as its copilot, monitoring the quality of the approach, critical altitudes, and preparing for the missed.

I also try to fly with an instructor at least every other month, maintaining proficiency in pieces as outlined in the April 2012 issue of IFR. I hand fly all approaches when I’m practicing and I have the instructor throw as many dirty tricks at me as his evil little mind can conjure.

I make it a point to fly at least once a week, especially if the weather is IMC. Practice makes perfect, and tackling the clouds on a regular basis makes for a more confident, and thus more comfortable pilot.

Sure, I’d like a more capable airplane, but my little 172 gets the same job done as any other airplane. It’s proof that you simply don’t need all the latest gadgets to get great utility out of general aviation. All it takes it recognizing and accepting the limitations of your craft and a carefully considered approach to putting safety first.

When he isn’t napping or flying, Digby A. Solomon is publisher of three newspapers in Hampton Roads, Virginia. When he wins the lottery, he’s going to buy a TBM.