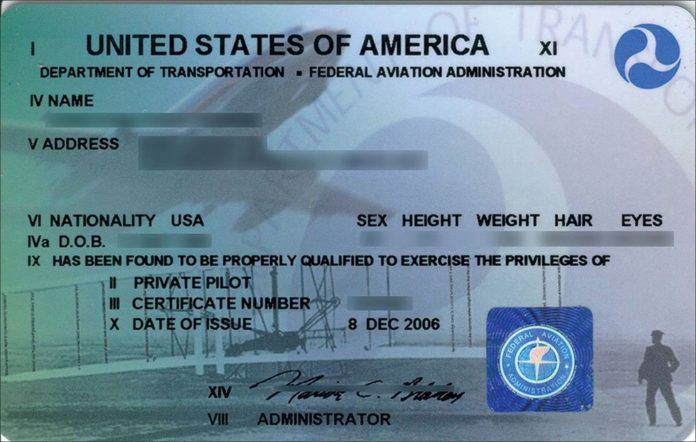 Even pros flying hundreds of hours a year slip up once in awhile. Those of us who fly fewer hours, however, clearly have increased odds of doing so. Nevertheless, when you do goof, a request to call ATC doesn’t have to become a license altering event if you follow some time-tested advice.

The Foul
Topping the list of pilot deviations are busted altitudes and heading assignments, operating without a clearance or not adhering to the one issued, plus airspace violations. There are lots of other ways to hear, “Possible pilot deviation. Upon landing, call…,” but those are at the most common.
To use a personal experience, I was recently on an IFR check-out flight in a high-performance twin. Shortly after takeoff, I was cleared direct to a departure procedure waypoint just as I was leveling off at the initially assigned altitude of 8,000 feet. Normally, I’d have engaged the autopilot by this point, to keep my workload as low as possible in this busy airspace. However, wanting to get the feel of the aircraft, I opted not to this time.

While twisting, pushing, and punching the waypoint into the Garmin’s flight plan, the altitude crept up a few hundred feet. Fortunately, that minor a deviation didn’t get noticed enough to ask me about it. But what if it had been 700 feet or more off the assigned altitude in congested airspace? Likely the controller would appropriately have been concerned about my failure to maintain the assigned altitude not even five minutes into the flight. A pilot deviation (PD) having been triggered, the first step is for it to be investigated.
It should be said that with a more severe deviation—say one that produces a loss of separation and conflict alert on the controller’s screen—you’re probably not going to talk yourself out of a notice of violation. In that case, you’ll not only need to call ATC but probably an aviation lawyer as well. That unfortunate scenario (like a request to call your local Flight Standards District Office) is beyond our discussion here.

But the vast majority of common PDs are an “oops” to begin with and are never elevated beyond your controller. Just like your local state prosecutor, the FAA must be selective about which cases to take. But, respond poorly to ATC’s “give us a call on the ground” and you may get a notice of violation for something that could have been resolved with a lesson learned and an apology.

What triggers the “Third Degree” and the start of a federal case so to speak? To begin with, your controller has a lot of discretion. He needs to know that the violation didn’t occur out of a reckless disregard for the rules, a “cowboy mentality.” He also wants to know if the pilot is even aware that he violated a rule. His concern is that if the pilot is blissfully ignorant, there may be a need for remedial training.

All the while, the controller will be wondering if the pilot respects the rules of the game. Bottom line here is that the controller wants to have some assurance that the error is not going to be repeated with potentially disastrous consequences for a career or people’s lives. Reassuring him that you are aware of the problem and the rules, and that it won’t happen next time, may be all it takes. You’ll go home and lose a few hours of sleep fretting about it, but that’ll likely be the end of it.

The Big One
So assuming you didn’t get into a flippant air-to-ground diatribe after a controller queries you about your errant altitude and you exhibit the proper humble understanding, how do you handle the call?

Let’s start with the obvious: Make the call. Avoid the urge to hope they forget. Bear in mind that there is a chance that you’re just an innocent victim of other issues and ATC is need of information from you to sort it out. So, make the call. After all, they have your tail number. More important, not calling may mean missing the opportunity to work it out right then. On the other hand, calling is certainly not without risk because anything you say can be used against you later.

If this is potentially serious you should have a game plan in mind. Don’t feel like you need to call before you get the engine shut down. Take enough time to review the reason that you think you are being asked to call the facility. Discuss it with others in the airplane or even call an instructor or more experienced pilot first if time permits. Jot down a point or two that you might overlook during the call.

If you violated a regulation or wandered into the wrong airspace, review the applicable reg or chart first. Make sure you don’t compound the error by incorrectly citing a regulation or being ignorant that you were actually in Class B, not G. Ignorance is always bad form and is never a good defense.

It’s also probably not advisable to “plead the Fifth” and refuse to say anything (unless you realize it wasn’t “United Airlines” painted on the fuselage of the crossing traffic but “United States of America” just above the baby blue stripe). By the same token, the fewer words said the better. That’s the advice every trial lawyer gives to their clients before testifying; if nothing else you will keep the conversation shorter. Keep in mind too, that it is perfectly acceptable to ask questions yourself. In fact, this may make you seem engaged and interested in learning.

Don’t try to spin the facts. Radar returns don’t lie. Audio recordings don’t lie. They only record what happened and don’t have a personal agenda. You can say that you weren’t inside the blue line on your GPS but that’s not a great defense. Deal with the facts; don’t ignore them. During the call, don’t speculate and don’t offer your opinion. And, yes, the call may be recorded.
If you can talk and write at the same time, jot a few notes down during or after the conversation just to keep on hand. Should the matter go to the next level, you will have a record of what the controller told you, even if it’s just your word against his or hers.

It’s All In the Attitude
Most important, even if you think the controller screwed up, not you, keep your cool and maintain a good attitude. Don’t let your ire get worked up like an F-14 backseater in Top Gun. Be conciliatory. You may even want to take a few bites of humble pie during the call. That can never hurt. If there’s one thing I consistently hear from controllers and their supervisors it is that a pilot who shows the proper respect and humility will get a pass a lot more readily than one who doesn’t. If you take a second to think about it, shouldn’t cowboy pilots be riding horses rather than galloping through your airspace?
And, just like you, controllers don’t come to the “office” looking for conflict. And they sure don’t get bonuses for writing up violations.

No doubt in some cases you’ll have the urge to give a quick response to a controller after you get queried about the deviation while still in the air. It’s better to focus on finishing the flight and making your case on the ground. If the controller wants to play “20 questions,” politely decline and say that you’ll call him on the ground.

No one likes to admit they’re at fault, particularly pilots who pride themselves in their aeronautical prowess. If you get called on the carpet or in the case of one pilot I know, the runway, a quick, “Sorry” may be all it takes.

For example, not having a clearance to land is no small matter, but airports with parallel runways and last-minute switches often set you up for the mistake. In one case, just before touchdown the controller issued a last-second clearance to land on 29R instead of 29L. As the pilot realized his mistake, a quick, “sorry” let the controller know he messed up. In this case, the controller not only saved the pilot’s tail but probably his own as well given that he needed the number of landings and clearances to be equal for both runways at the end of his shift.

And keep in mind that it may not take falling on your prop blade. A simple, “Thanks. I now realize ‘stand-by’ isn’t a Class B clearance.” Even better is to follow it up with, “I’ll take another look at the chart and plan to give you a call over the designated reporting point next time.” That tact is going to play a lot better than a lame excuse or denial.

Remember that if after the call you get the feeling you didn’t sink the matter in the circular file, don’t sweat it. But do submit (within 10 days and by certified mail) a NASA ASRS report (which every pilot in the plane should also do) and keep a copy for your files.

The Nastygram
Should you get a letter of investigation or notice of violation in the mail, scout around for an attorney that has handled such matters. Feel free to call your attorney buddy but only to ask if he can refer you to an attorney with an aviation specialty. Don’t use the attorney-dude who did your will. Also, corner the instructor on your field with the grayest hair and get his or her advice. In general, if you find yourself across the table from a Flight Standards inspector, much of this advice remains applicable. To get the best results: Maintain a respectful and professional attitude.

Even taking extra care to bug your heading or altitude, it’s easy for a deviation to occur. In most cases, even if one results in a post-flight chat with a controller, you need not fear the worst if you just watch your attitude. It’s as good a rule in the clouds as it is with ATC.

Mark Pestal, a Denver attorney and commercial pilot, has broadcast a few mea culpas over his 30 years of flying. He also points out that a magazine article can’t substitute for specific legal advice from an attorney. Contact one if you need legal advice.