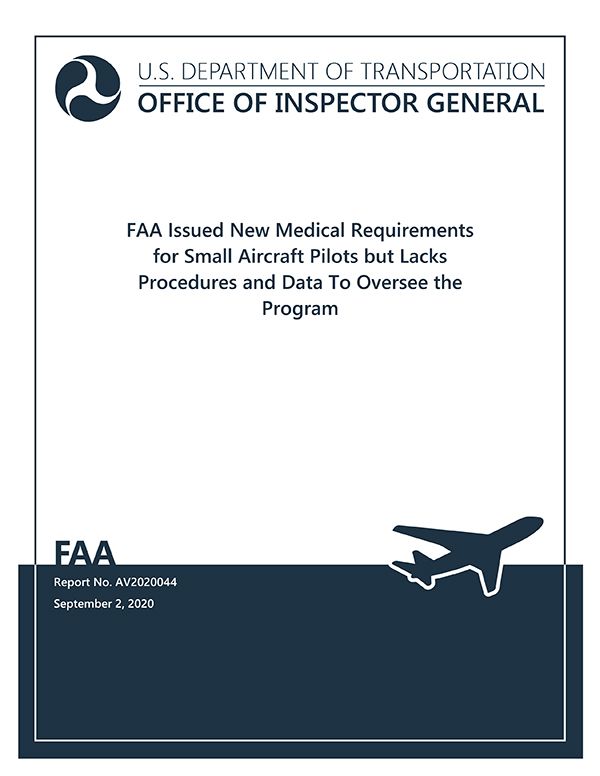 BasicMed officially came into existence through legislation in July 2016. The FAA then implemented the legislation through regulation by issuing 14 CFR Part 68: “Requirements for Operating Certain Small Aircraft without a Medical Certificate” in Jan 2017. It also issued the Comprehensive Medical Examination Checklist (CMEC) which is used for the medical exam. The term “BasicMed” was also coined at that time. Pilots started flying under BasicMed as of May 2017.

While BasicMed does provide medical flight privileges, it is not considered an FAA medical; only first, second- and third-class medicals are. However, this seems to be a distinction of little value. Because BasicMed does not meet ICAO medical certification standards, it is only valid in the U.S., but both the Bahamas and Mexico are allowing pilots to fly in their airspace with BasicMed. Perhaps other neighboring countries—NAV CANADA, are you listening?—will join the Bahamas and Mexico in accepting U.S. pilots operating under BasicMed.

As part of the legislative oversight, the House Committee on Transportation and Infrastructure requested that the U.S. Department of Transportation (DOT) Office of Inspector General (OIG) audit the implementation of BasicMed including lessons learned and impact on general aviation safety. The OIG issued its first report of audit findings to the FAA Administrator on September 2, 2020.

The OIG’s audit report identified three areas that were lacking: 1) Confirmation of validity of pilots’ Driver’s Licenses, 2) Verification that BasicMed medical exams are conducted by state-licensed physicians, and 3) Data to assess impact on safety.

To put the identified issues in proper perspective, let’s review the cornerstones of BasicMed. A pilot flying as PIC with private or recreational pilot privileges regardless of pilot certificate level, including CFIs providing flight instruction and receiving payments, can take advantage of BasicMed. Pilots providing “pilot services” for compensation or hire still require at least a commercial certificate and a second-class medical. A BasicMed pilot may operate an aircraft: certificated with six or fewer seats, have a maximum certificated take-off weight no more than 6000 pounds, and be operated under 250 KIAS and below the flight levels (regardless of the aircraft capabilities). Operationally, both VFR and IFR are permitted. Most, but certainly not all, light general aviation aircraft meet these requirements.

The way the legislation was written, BasicMed applies only when the pilot is acting as the PIC. The only twist that we’ve widely discussed is that a pilot with BasicMed cannot act as a safety pilot unless he or she is also acting as PIC.

In this situation, the pilot under the hood can log PIC time as the sole manipulator of the controls, and the BasicMed safety pilot can also log PIC time since he or she is acting as PIC as a required flight crewmember (§61.23(a)). A safety pilot acting as second in command (SIC) as a required flight crewmember (§61.51(f)) would need at least a third-class medical. It is important before donning the hood that the two pilots are in agreement. There might also be insurance implications.

To qualify for BasicMed requires completing the CMEC every 48 months (to the date), and an online course every 24 FAA-calendar months. These courses are offered by AOPA and the Mayo Clinic. Also, the pilot needs to have held an FAA medical after July 14, 2006 that has not been revoked, suspended, or denied.

The FAA medical can be expired. An advantage of BasicMed is that it gets rids of special issuance medicals and the use of CACI (Conditions that an AME Can Issue a medical). However, if during the period that BasicMed is active and the pilot develops certain cardiac, neurological or mental health conditions, a one-time-only special issuance medical certificate for each condition is required. Details of these conditions are found in §68.9.

Any limitations placed on the driver’s license might apply to flying. Every state has its own list of driving limitations and the FAA is allowing pilots to decide which ones apply to flying and which don’t. Clearly “corrective lenses required” and “daylight hours only” would apply. Some clearly don’t apply like “no expressway driving” or “automatic transmission only.” Some are in a gray area such as “prosthetic aids required” and “no passengers allowed.”

The report highlighted that the FAA does not have the ability to verify that pilots have a valid driver’s license; furthermore the FAA has no plans to address how to verify the validity of a driver’s license. While submitting the paperwork for BasicMed, pilots give consent to allow the FAA to access the National Driver Register (NDR) but it is only used to check if pilots have DUI, DWI, or substance-abuse violations. This check is the same check that the FAA uses for medical certifications (first, second- and third-class medicals). The FAA does not check more than 100 other violations in the NDR that could lead to a suspended or revoked driver’s license.

As part of the audit, a check of the NDR of over 50,000 pilots with BasicMed since its inception, there were a possible 850 pilots who might have driving violations that could have resulted in suspended or revoked driver’s licenses.

Implications to pilots: While the FAA cannot and probably will not be able to check the validity of driver’s licenses, it is up to pilots to hold a valid and current driver’s license and have it in their possession while flying. 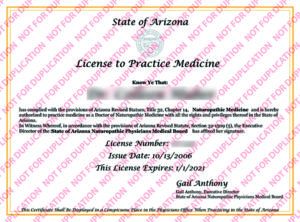 BasicMed examinations must be performed by U.S. state-licensed physicians, namely MDs and DOs, who also sign the BasicMed CMEC and provide their state medical license number and address. This information is sent to the FAA as part of the paperwork submitted electronically by pilots at the end of the online medical self-assessment. Other healthcare professionals such as dentists, chiropractors, RNs, etc. cannot perform the medical exam.

As part of the audit, a random sample of 600 pilots found that 3 percent of exams where performed by ineligible providers. The FAA has no future plans to verify physicians’ information since it was not included in the original legislation and would possibly require additional rulemaking.

Implications to pilots: While it would be very difficult for pilots to verify the validity and currency of a medical license, pilots should verify that the examining healthcare provider is an MD or DO.

The original legislation in 2016 that created BasicMed, requires that no later than July 2021, the FAA in coordination with the National Transportation Safety Board (NTSB) submit a report to Congress that assesses safety implications. In June 2018, an FAA interagency working group was assigned the task. This group issued in Oct 2019 the first of two reports. That report, which covers from May 2017 to April 2019, made no conclusions regarding safety. The working group plans to submit its mandated report to Congress in July 2021.

Some potential issues to be considered are if risks are different between BasicMed pilots and pilots flying with FAA medicals specifically with regards to fatal and non-fatal accidents and incidents.

Let’s diverge a moment to discuss causality versus correlation. While correlation is relatively easy to prove mathematically—two variables or factors moving in the same or opposite direction in lock-step fashion. Such behavior would indicate that correlation exists but would not prove the existence of a causal relationship where the one variable’s movement caused the other’s movement.

The reason is that outcomes, such as accidents, have many contributing factors. Some factors interact, making things better or worse. To assign an outcome to only one factor, such as type of medical authorization, is ignoring many other factors. Is pilot Bob a safer pilot, less likely to have an accident, if he has an FAA medical compared to BasicMed? Unless we suddenly have large numbers of BasicMed-piloted airplanes falling from the sky, it will be very difficult to answer that question. But that doesn’t mean we shouldn’t try to answer it.

We do know that BasicMed pilots tend to be older and don’t fly professionally given the limitations of BasicMed, although they can be and many are active CFIs. (See IFR November 2019, “BasicMed Checkup.”) We also don’t know if they are flying only because of BasicMed, if they would not be flying at all if BasicMed were not an option. There are many other factors such as types of aircraft flown, flight profiles, level of proficiency, etc. that contribute to safety and associated risks.

The DOT report admits that five years of data is not sufficient and 10 years would be better. Clearly, more reliable data—usually from a larger sampling—is better than less data. But the more critical data that the FAA says is missing is a reliable source of the number of yearly flight hours of pilots with BasicMed. This would allow the FAA to determine accident rates per 100,000 flight hours. That would be useful information, however it still would not be sufficient to determine causality—Did BasicMed cause the accident and would it have been avoided with an FAA medical? Furthermore, there are no plans to collect this information whether mandated or submitted voluntarily. This remains an open issue.

However, even if by magic we do get the information of yearly flight hours, it will not address fully the issue of impact on safety. Just looking at accidents and incidents that are reportable does not fully cover all safety issues which don’t result in accidents or enforcement actions. For example, runway incursions, landing with 10 minutes of fuel, not following ATC instructions, having near-accidents like remembering to put the landing gear down right before the flare, and so on. And assuming we are even able to collect that information, it will still not answer to what extent BasicMed was a causal factor.

Implications to pilots: We are responsible for our own health and for maintaining a certain level of flight proficiency consistent with the aircraft flown and flight profiles we undertake.

Overall, it appears that BasicMed has been a success given the number of pilots currently flying with BasicMed. Perhaps the biggest winners are pilots needing special-issuance FAA medicals that had to be renewed on a yearly basis at substantial cost with little to no safety benefit.

Neither BasicMed nor an FAA medical exam can replace proper medical care; we pilots are still responsible for our own health. There is a philosophy that pilots should only get the lowest level of FAA medical certification consistent with flight profiles and aircraft flown. However, for pilots younger than 40 years old, third-class medicals are good for five years regardless of age at expiration compared to four years for BasicMed. Last even with BasicMed, pilots are legally required to self-assess medical fitness prior to each flight in accordance with §61.53.

Luca Bencini-Tibo flies mainly single-engine land airplanes and finds that BasicMed does not impose any limitations to his flying, including being an active CFI in south Florida.